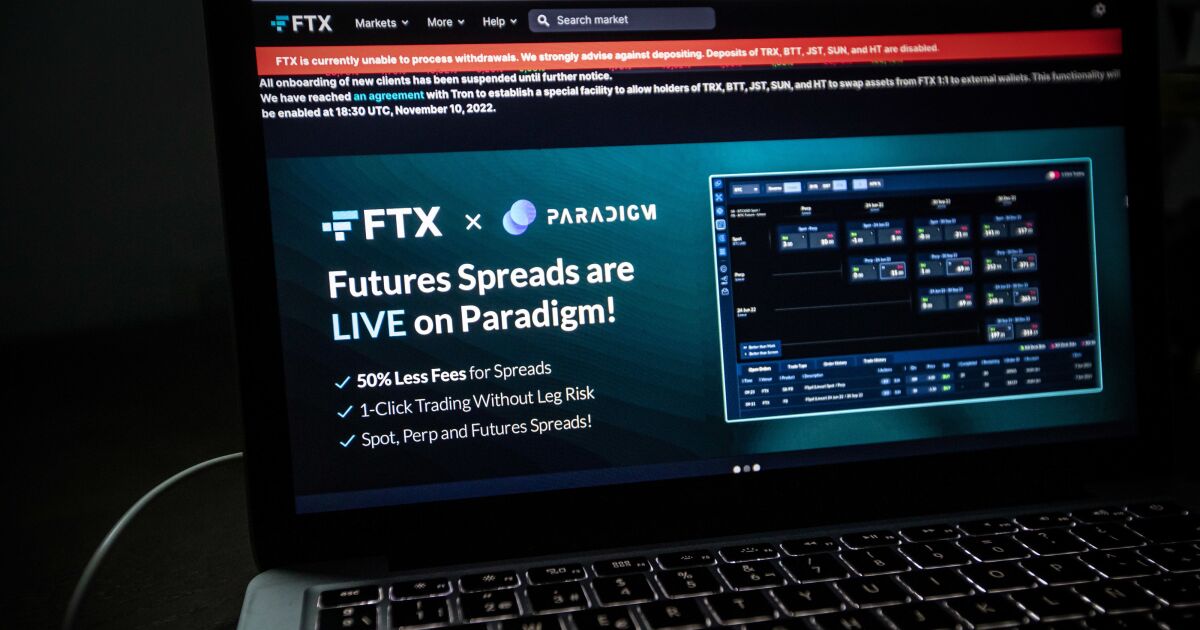 An accounting firm that touts itself as the first to open its headquarters in the metaverse was accused in a lawsuit of turning a blind eye to a pattern of racketeering at FTX, the cryptocurrency exchange that collapsed, causing billions of dollars in losses.

Prager Metis CPAs LLC, an auditor for FTX, was sued by an investor who claims to have lost almost $20,000. Stephen Pierce also sued Armanino LLP, an auditor for FTX US, FTX’s co-founder Sam Bankman-Fried and others — accusing all of them of a racketeering conspiracy.

Much of the lawsuit relies on a sworn declaration in FTX’s bankruptcy proceedings from John J. Ray III, who famously oversaw the liquidation of Enron Corp. Ray said in his 40-year career he’s never seen such a “complete failure of corporate controls and such a complete absence of trustworthy financial information as occurred here.”

Armanino and Prager Metis issued certified audit reports giving FTX US and FTX clean bills of health in March, according to the lawsuit.

Both accounting firms acted as cheerleaders for FTX, rather than skeptical auditors, Pierce claims in the lawsuit, citing a Wall Street Journal article. Armanino tweeted “Let’s go buddy,” tagging Bankman-Fried in advance of his testimony before Congress, according to the lawsuit. Prager Metis posted on its website that it was “Proud to support FTX US,” and included a photo of Prager Metis and FTX representatives at a baseball game, according to the lawsuit.

“Auditors are required by regulators to maintain a ‘professional skepticism’ of their clients, including alertness to errors and fraud when assessing a company’s finances,” Pierce’s lawyers wrote in the complaint. “Neither Armanino nor Prager Metis did so here.”

It’s the latest lawsuit to be filed against Bankman-Fried and FTX over the exchange’s collapse. Earlier suits also targeted celebrities who promoted the platform.

Paper Shopping Bags for Your Business
How to Avoid Quiet Quitting and Lead a Successful Small Business Team
Roth IRA ‘five-year rule’ can trigger an unexpected tax bill: Here’s what you need to know
Keep Your Tech Safe and Clutter Free with an Electronics Travel Organizer
IIA objects to PCAOB’s proposed confirmation standard