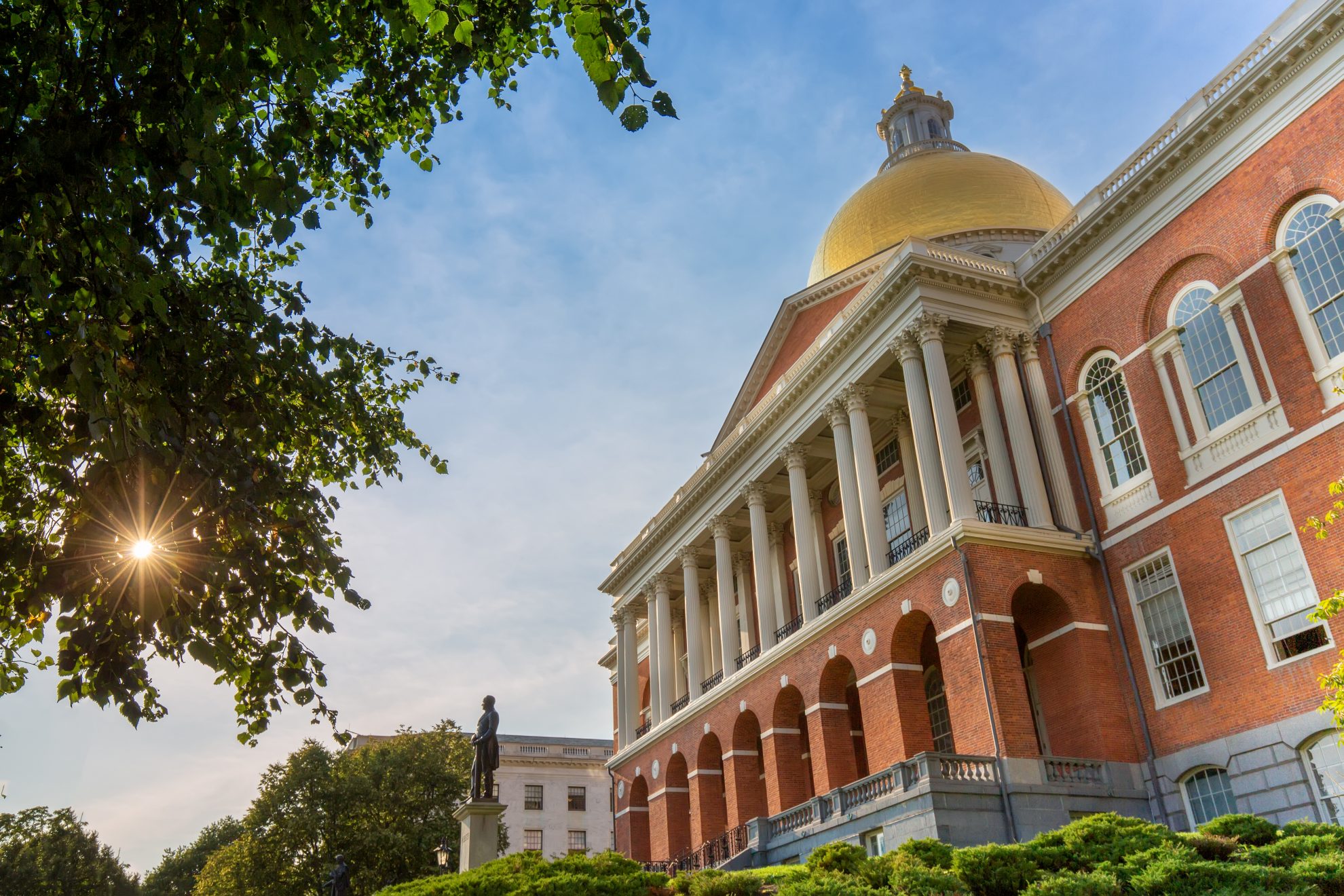 On Election Day, a narrow majority of voters approved Massachusetts Question 1, also known as the Fair Share Amendment, which will transition the Commonwealth from a flat rate individual income tax to a graduated rate system. Effective January 1, 2023, the Bay State will begin taxing all individual income above $1 million at a 9 percent rate. Although Massachusetts has borne the unflattering moniker “Taxachusetts” in the past and had begun shedding that reputation, the retirement of the flat rate system after 105 years marks a seismic shift back to uncompetitiveness.

As taxpayers and policymakers begin to navigate this new reality, they should pay attention to how high-income earners respond. If they decide to move or withhold investment to avoid the surtax, that could significantly contract Massachusetts’ economy.

Effects of New Tax Depend on How Millionaires Respond

Conflicting views about the tax’s effect on behavior led to widely differing surtax revenue estimates during the campaign. At the beginning, the assertion was that new surtax revenue would amount to $2 billion. By the end, the cited figure was $1.2 billion. That’s a 40 percent difference between estimates.

The wide margin between the two estimates highlights a tension between two schools of thought pertaining to the behavior of high-income earners. On the one hand, the transitory millionaire hypothesis suggests that high-income earners are highly mobile and gravitate to jurisdictions with low tax rates to minimize taxation and maximize income. The surtax’s lower revenue estimates reflect this assumption.

On the other hand, the elite embeddedness hypothesis suggests that high-income earners are reluctant to leave a particular area, regardless of tax increases, because that would mean giving up the social capital and connectedness responsible for producing their significant wealth. Higher surtax revenue estimates would subscribe to this school of thought.

Cristobal Young and Charles Varner of Stanford University and Ithai Lurie and Richard Prisinzano of the U.S. Department of Treasury investigated this paradox in a 2016 paper using official tax return data of millionaires collected between 1999 and 2011. Their findings present somewhat mixed results and begin by suggesting that “millionaires are not very mobile and actually have lower migration rates than the general population.”

However, they go on to report that “there is an observable pattern of elite migration from high-income tax to low-income-tax states; when millionaires migrate their relocation decisions are influenced by tax rates, in a way that we do not see for the general population.” Young and his coauthors also estimated a population elasticity of 0.1, “meaning that a 10 percent increase in the top tax rate leads to a 1 percent loss of the millionaire population.” When Young et al. looked at the millionaire population along state borders they found “noticeable differences, consistent with millionaire tax flight within these small geographic zones.”

Despite these findings, the authors concluded that the embedded millionaire hypothesis gets it right. As Young and his colleagues wrote, “Millionaires do not use their higher income to achieve greater mobility across states, but rather are more grounded in their states…[T]heir elite income itself embeds them in place: millionaires are not searching for economic opportunity—they have found it.”

This article was cited during the campaign to cast doubt on the idea that millionaires might relocate in response to the Massachusetts Question 1 surtax, but both the transitory millionaire hypothesis and the embedded millionaire hypothesis can be true at the same time. This is so because high-income earners, like all people, have preferences and tolerances that influence their decisions.

As we have written elsewhere, relocation decisions are motivated by a variety of factors. The importance of each factor, including the blend of taxes deemed appropriate, may change over the course of one’s life. The Young et al. research essentially examined the tolerance of high-income earners to taxation during a particular snapshot in time. Since then, the tax burdens on elite earners in many states have grown. In 2011, California taxed $1 million of income at 10.3 percent. It is now 13.3 percent. In 2011, New Jersey and New York’s top rates were 8.97 percent. Today, New Jersey levies a 10.75 percent rate and New York imposes a rate of 10.90 percent. That more than two dozen states have also cut their top rates since 2011 only amplifies the difference between high- and low-tax states. As increases in top rates have pushed further into the margins of what taxpayers are willing to tolerate, it is highly likely that many who were content in 2011 have grown discontent in the 11 years hence.

As a narrower segment of earners are asked to bear a heavier tax burden in the wake of the graduated income tax decision, the important question for Bay Staters is how large the marginal effect on behavior will be. Using Young et al.’s population elasticity figure as a conservative estimate for relocation and applying it to the latest department of revenue report for taxpayers earning $1 million in income, at least 1,760 millionaires should be expected to leave the Commonwealth over the 80 percent income tax rate increase.

We have written extensively about Massachusetts’ enduring challenge with the net outmigration of adjusted gross income (AGI). Since 1993, Massachusetts has ceded nearly $23 billion of AGI to other states. New Hampshire and Florida, two states without an income tax on wages and salaries, are the primary recipients. As Massachusetts’ tax competitiveness is expected to fall from 34th to 46th in 2023, there is little reason to believe that trend will slow down—especially as New Hampshire continues to phase out its tax on interest and dividends by 2027.

Policymakers should expect the high-income earners who remain to limit or even reduce their productivity to avoid exposure to the surtax cliff. This is especially true for small business owners in low-margin industries. Additional investment in productivity under the 5 percent flat tax system may have generated sufficient return to justify the expense. But if the scant profit margin on additional investment is eroded further by a 9 percent tax, a simple cost-benefit analysis would tell many firms it is not worth the risk.

The likely downstream effect on workers is perhaps the most deleterious effect of the surtax. Studies suggest the surtax could contract the Massachusetts economy by $6 billion by the end of 2025. Approximately $3 billion of that decrease in gross state product would likely come from reduced consumer spending as workers navigate fewer job opportunities and the lower, flatter wages that result from the outmigration of wealth required to sustain and grow small businesses.

In the wake of Massachusetts Question 1’s approval, policymakers should expect those subject to the surtax to adjust their behavior to minimize exposure to the tax. An income tax change of the type approved on Election Day would be challenging for an economically efficient tax system to absorb. But even more important for Massachusetts is how the surtax interacts with the uncompetitive corporate income, property, and unemployment tax policies already in existence.

Massachusetts Can Mitigate Harm with Other Reforms

To stave off greater capital flight, Massachusetts legislators should make structural changes to the tax systems not enshrined in the constitution. One adjustment that could partially offset the uncompetitiveness of the surtax is reform of the property tax system, which currently ranks 45th in the nation. Eliminating or reducing the capital stock tax, which affects all the physical components a firm uses for production, would be a good place to start. Taxes on net worth, such as the inventory tax, and taxes on asset transfers like the estate tax also sideline capital or drive it out of the state. Those taxes and split roll property taxation, which discriminates against business property in favor of residential property, should join the capital stock tax on the list of tax reforms in 2023. Doing so would improve the Commonwealth’s property tax system to 32nd nationally.

Massachusetts is a small state, and tax competitiveness matters now more than ever. As long as there are ways to shift economic activity to more competitive states, the income tax amendment is likely to underperform revenue projections and overperform in its detrimental effect on the state’s economy.

Meta Platforms Surges After Earnings
Buy Shopify and Block Stock Amid Tech Rebound for Long-Term Growth?
Why your firm needs a project manager
More EVs will qualify for tax credits after U.S. reverses course
For More Certainty in Your Retirement Portfolio, Consider Annuities