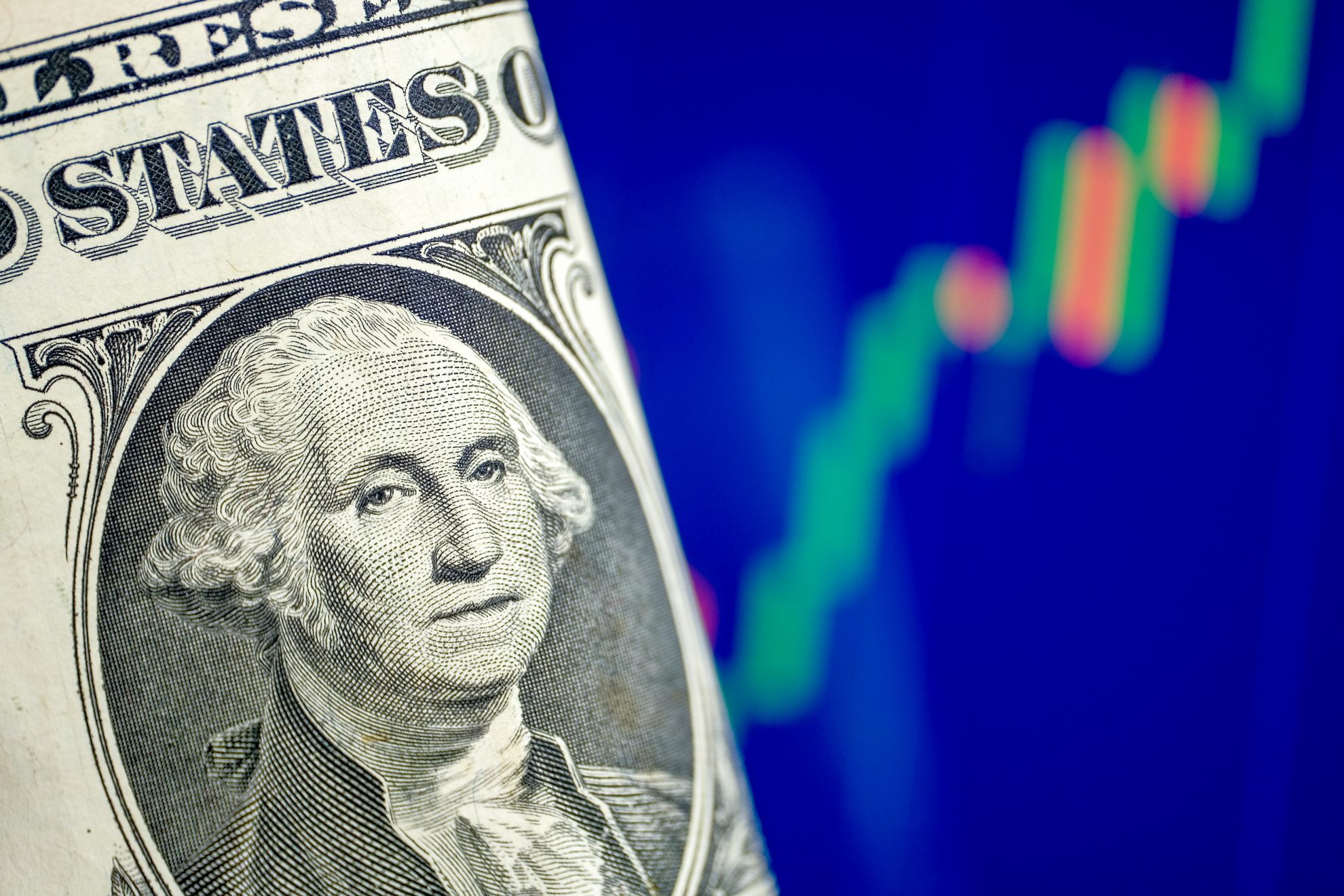 The latest inflation report confirms that prices for just about everything continue to rise, with the Consumer Price Index (CPI) up 8.3 percent over the last year and many categories up even higher, including food (11.4 percent) and energy (23.8 percent). While not part of the CPI, another measure of inflation (call it the Taxpayer Price Index?) is also surging: federal tax collections are up 23 percent over the last year, according to the latest data from the Congressional Budget Office (CBO). At the current pace, federal tax collections will reach a record high of about $5 trillion in nominal dollars for the fiscal year (FY) 2022 ending September 30, which is about $1 trillion more than last year’s $4 trillion in collections (also a record). 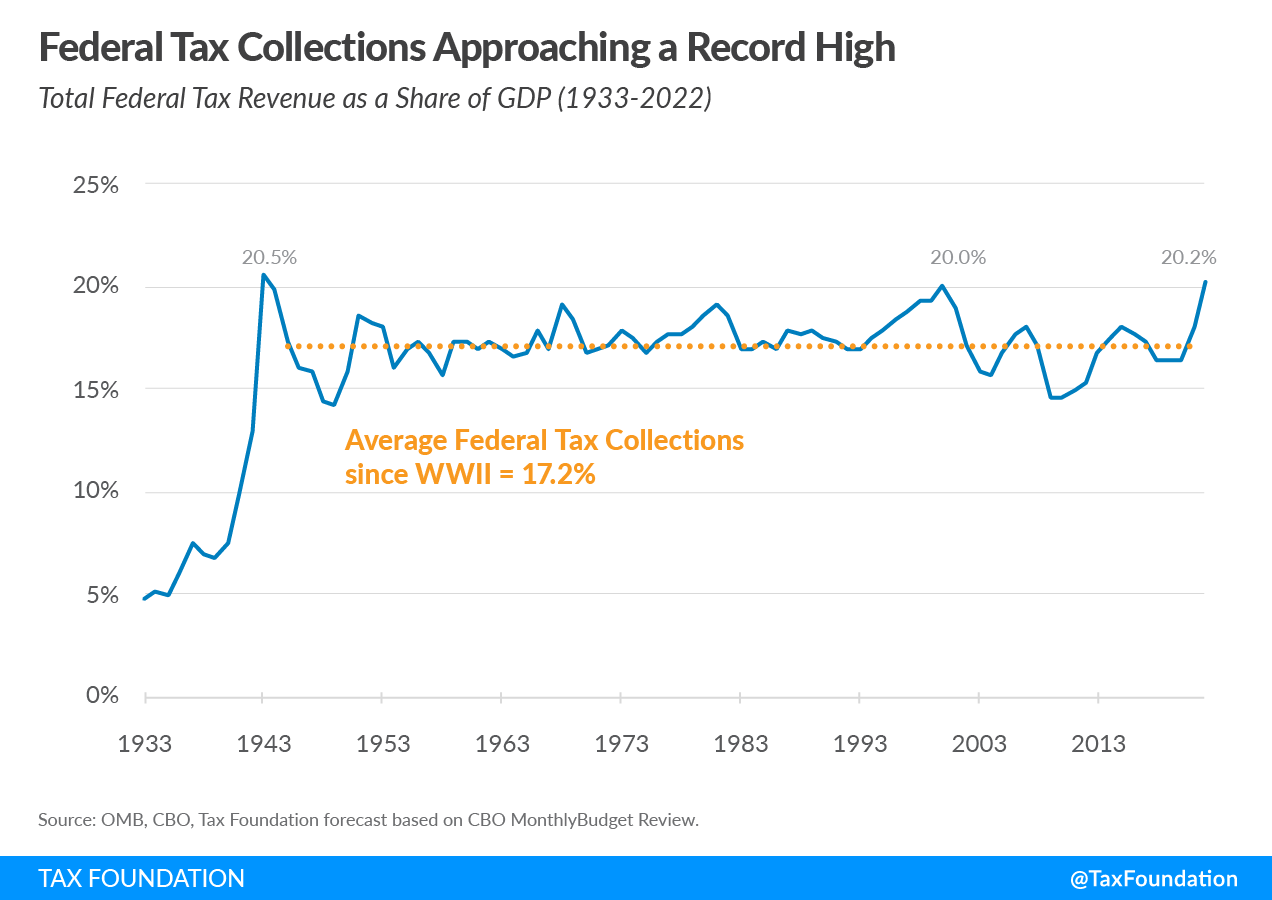 Extreme economic volatility in recent years makes it difficult to assess how tax collections have been impacted by the Tax Cuts and Jobs Act (TCJA) enacted in 2017. Among other changes, the TCJA reduced the corporate tax rate from 35 percent to 21 percent. Corporate and other federal tax revenues were relatively low in 2018 through the first year of the pandemic but have since rebounded with the economy and inflation. Average federal tax collections in the five years since the TCJA’s enactment are about 17.5 percent of GDP, higher than the 16.7 percent forecasted by the CBO following its passage, higher than most years before the TCJA, and higher than the post-war average of 17.2 percent.

Note that current tax collections do not reflect the tax changes enacted last month as part of the Inflation Reduction Act (IRA), which mostly goes into effect beginning January 1, 2023. We estimate the IRA will increase gross revenue by about $28 billion in 2023, offset by $39 billion of tax credits, which is small relative to the budgetary effects of inflation and the rebounding economy.

It remains to be seen where tax revenue will go from here, but it clearly depends on the direction of the economy and inflation—and how potential policy changes affect both. This highlights the need for policymakers to at least try to account for these effects when weighing various policy trade-offs.

Furthermore, policymakers should seriously consider giving taxpayers a break, both in terms of taxes and spending. Record federal tax collections on top of surging prices—essentially an additional inflation tax paid by everyone who uses dollars—should not be used as a justification for more spending. Indeed, excessive spending in response to the pandemic is driving inflation, and rather than ramping up expensive relief programs (e.g., student loan forgiveness), we should be winding them down. Taxpayers should demand that pandemic emergency spending end now that the pandemic emergency is over, and that their tax dollars be used more judiciously or returned to them.