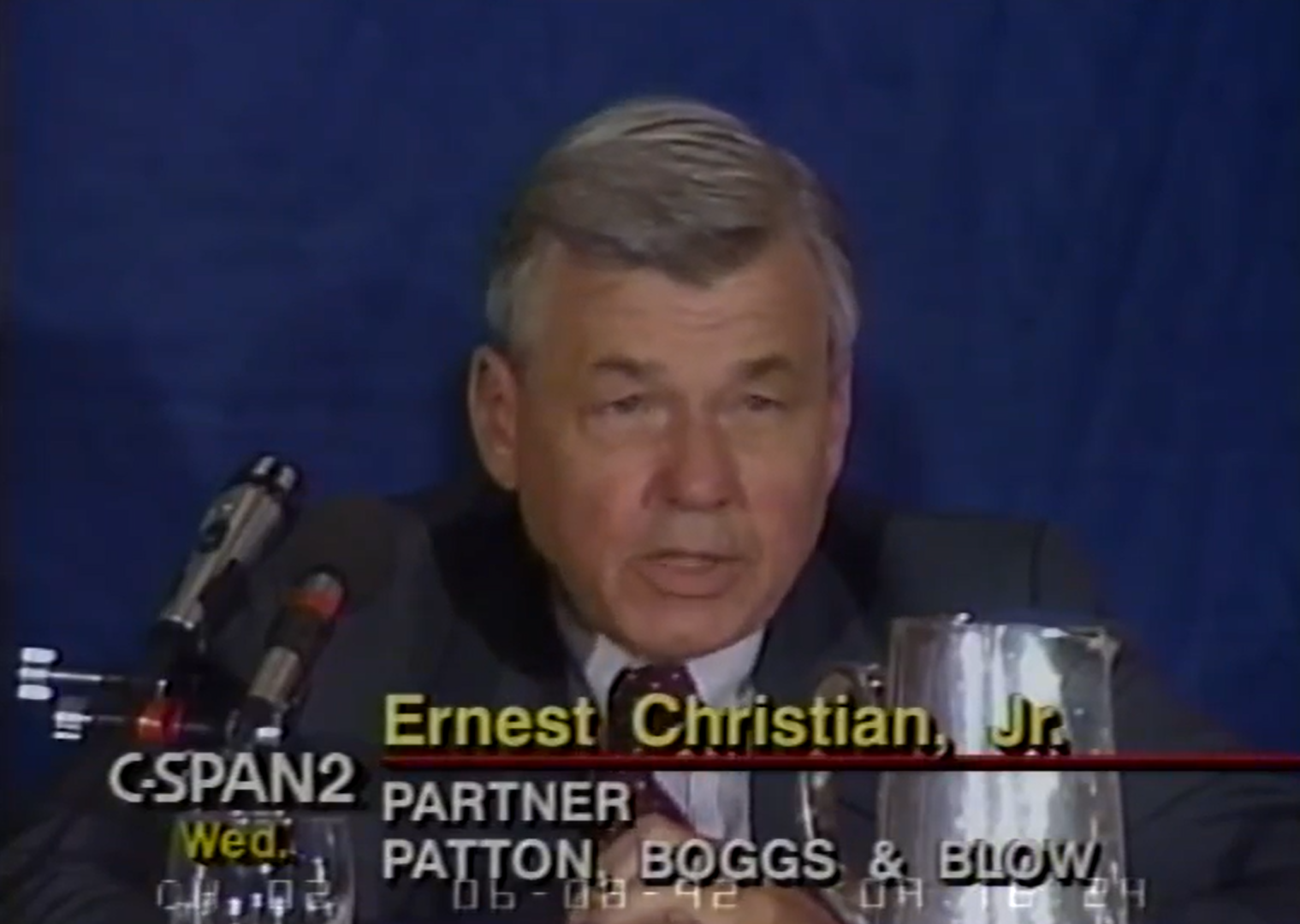 Ernest S. Christian, Jr., (1937-2022) was one of the tax policy community’s most distinguished and influential experts, showing us how effective sound tax policy can be. He passed away on September 13th, leaving behind a legacy of tax reform.

Ernie gave up a lucrative career in law and government to devote the last nearly three decades of his life to educating and promoting economic growth through tax reform. He urged the business community to unite behind policies that improved the economy across the board, and not to focus only on issues affecting individual industries.

When tax policy moved in the right direction, he was quick to praise the enactors, not himself. When backsliding occurred, he was never discouraged. Instead, he urged us all to do a better job communicating better policies to Congress, the press, and especially the public at large.

He was a skilled translator of complex economic relationships into easily understandable terms and would always ask, “What does it mean for workers, savers, families? We must make that clear if we are to succeed.”

His work on bipartisan tax reform plans was a perfect illustration of his willingness to teach, help, and communicate with people on both sides of the aisle, involving considerable personal effort and time without thought of financial gain. Those of us at the Tax Foundation who worked with Ernie on numerous projects admired him as a role model and valued him as a good friend. We shall miss him.

During the Ford administration, he formulated and implemented the asset depreciation range (ADR) regime for the more rapid deduction of expenses for capital equipment, helping to blunt the adverse effect of mid-1970s inflation on investment. He continued to pioneer better treatment of capital formation as a member of President Reagan’s transition team, advising on the creation of the accelerated cost recovery system (ACRS) and other provisions in the Economic Recovery Tax Act of 1981.

Following his time at Treasury, Ernie became a senior partner at a major Washington law firm. In 1994, he left to establish the Center for Strategic Tax Reform, of which he was the executive director until his death. For 28 years, the Center has brought together business, think tank, and academic tax policy experts to produce analytical papers and monthly seminars on tax policy, capital formation, and economic growth.

Under Ernie’s direction, the Center has been a leader in the effort to encourage investment with neutral, across-the-board improvements in the cost recovery allowances of capital assets (depreciation write-offs), up to and including immediate expensing for equipment, and shortened asset lives and inflation protection for the cost recovery of structures. He has written extensively on the role of tax policy in improving the competitiveness of U.S. businesses and labor in the global economy.

Ernie’s most comprehensive work on tax reform was as the lead draftsman of the “USA Tax” sponsored by Senators Sam Nunn (D-GA) and Pete Domenici (R-NM) in 1995. The USA Tax proposal was a complete overhaul of the individual and business income taxes. It sought to eliminate the severe tax biases against saving and investment inherent in the ordinary income tax system, with an eye toward simplification, an expanded capital stock, higher labor productivity, and increased wages and employment. He prepared a somewhat simpler version of the tax for Congressman Phil English (R-PA) in 2003.

In addition to an influential career, Ernie leaves behind a successful blueprint for achieving sound tax reform.

Like Ernie, the Tax Foundation is committed to promoting pro-growth policies that encourage investment, expand the economy, and improve people’s lives. And we too ask, “What does it mean for workers, savers, families?”

Top Stock Picks for Week of November 21, 2022
How to Save for Retirement When You’re Self-Employed
Why Semiconductor Stocks & ETFs Jumped in November
Overcome the top challenges facing finance in 2023
Ranking State Tax Systems: Corporate Taxes