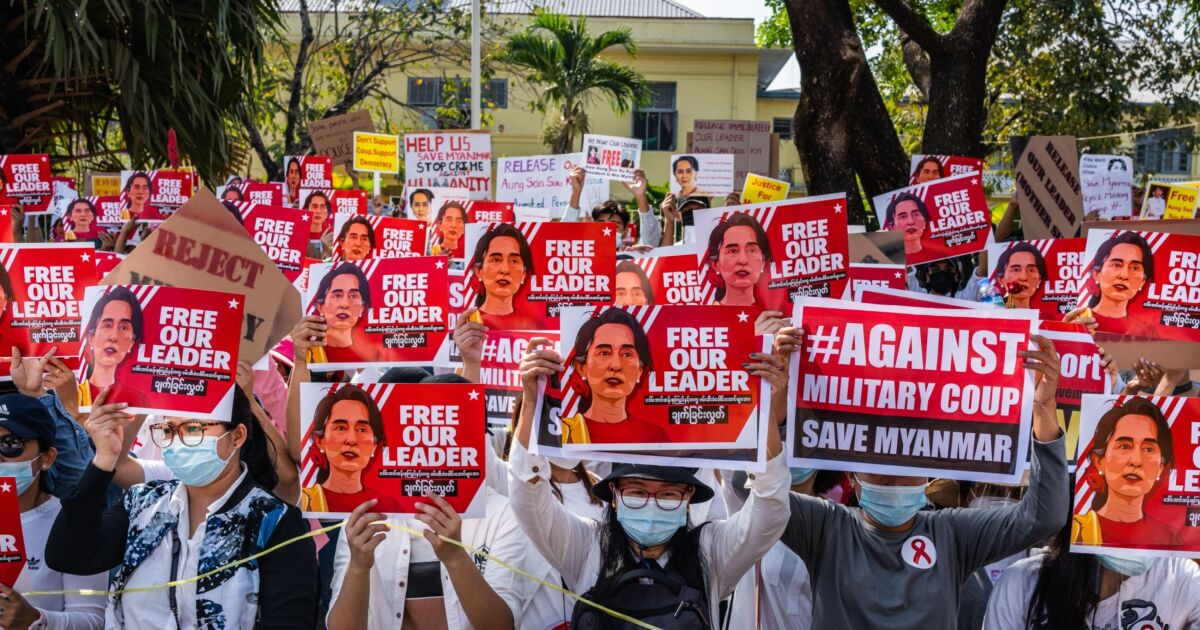 An activist group called Justice for Myanmar that has been protesting the military takeover of the Myanmar government is urging international audit institutions to end all their engagement with the government’s auditor general.

The military overthrew the democratically elected government last February and jailed Nobel Peace Prize winner Aung San Suu Kyi. The brutal crackdown on protests has continued into this year with mass arrests of demonstrators and ordinary citizens, and reports of indiscriminate torture and killing, with entire villages being burned down and decimated. The U.S. government has leveled sanctions against Myanmar officials.

In terms of auditing, Justice for Myanmar pointed out that despite the coup, the ASEAN Supreme Audit Institutions (ASEANSAI) and the International Organization of Supreme Audit Institutions (INTOSAI) have recognized and engaged with the Myanmar government’s auditor general throughout 2021. In November, the head of Myanmar’s Office of the Auditor General became chair of ASEANSAI for a two-year term. The Myanmar military also deposed Myanmar’s previous auditor general and appointed Dr Kan Zaw, a former deputy minister during the military’s previous proxy government led by the Union Solidarity and Development Party. The group said the military’s appointment of Dr. Kan Zaw breaches the Lima Declaration of Guidelines on Auditing Precepts and the Mexico Declaration on SAI Independence.

The group also wants Norway and Sweden to sever their ties. It said ASEANSAI’s development partners, the Office of the Auditor General of Norway and the Swedish National Audit Office, have continued to engage with the Myanmar military’s auditor general through ASEANSAI, by providing training and technical support. The Swedish National Audit Office and a representative of a Norway-based INTOSAI program attended the ASEANSAI Summit that was convened by the military on November 2, according to the group.

“The Myanmar military junta is a terrorist organization that is carrying out mass killings, rape and torture with total impunity,” said Justice For Myanmar spokesperson Yadanar Maung in a statement Wednesday. “Engagement and support for the junta’s auditor general has emboldened the junta’s terror campaign and provided legitimacy that the junta is desperately seeking. ASEANSAI and its member states have failed to uphold human rights and respect the will of Myanmar people by recognizing the junta’s auditor general and allowing him to assume leadership. INTOSAI has also deplorably failed to respect human rights and the principle of independence of supreme audit institutions by formally recognising the junta. We call on ASEANSAI and INTOSAI to immediately cease recognition of the Myanmar military junta and bar its representatives from participation in all events. We welcome the EU’s position to not participate in, or support, ASEANSAI while it is under the leadership of the Myanmar military junta. Norway and Sweden must follow the EU’s lead and end all contact with the illegal junta, including its auditor general.”

Last November, the group successfully pressured several accounting organizations, including the Institute of Management Accountants, CPA Australia, the Chartered Accountants of Australia and New Zealand, and the Japanese Institute of CPAs to withdraw from a regional accounting conference they were scheduled to attend in Singapore where Kan Zaw was the guest of honor (see story).

Top Stock Picks for Week of January 30, 2023
Manhattan DA pressing ex-Trump Organization CFO to flip on his former boss
U.S. credit card debt jumps 18.5% and hits a record $930.6 billion
Buy this Soaring Tech Stock Up 100% in the Last Year for More Upside?
Wait until age 70 to claim Social Security: ‘The return on being patient is huge,’ says economist