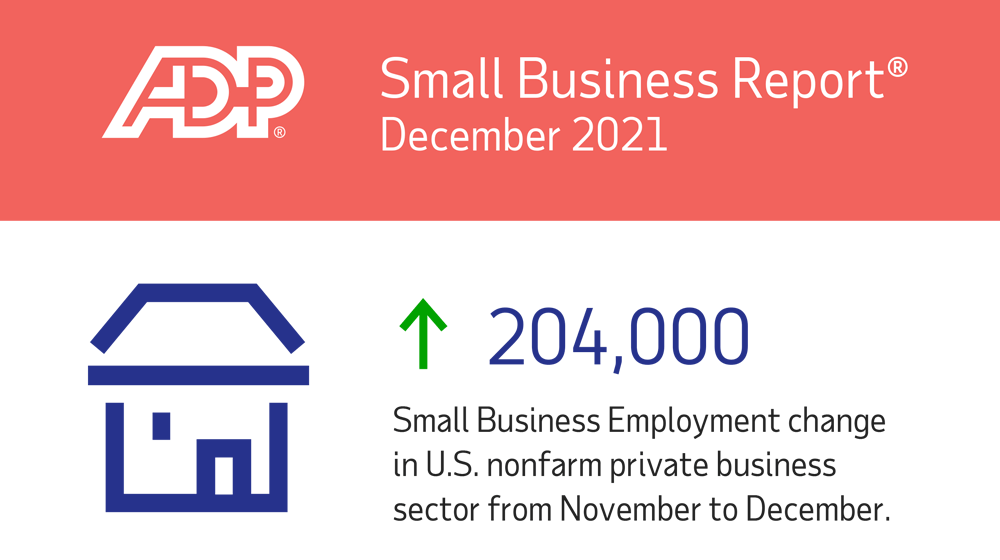 ADP chief economist Nela Richardson pointed out that December’s strong growth occurred as the impact from the Delta variant lessened and Omicron poised on the horizon.

“December’s job market strengthened as the fallout from the Delta variant faded and Omicron’s impact had yet to be seen,” Richardson said. “Job gains were broad-based, as goods producers added the strongest reading of the year, while service providers dominated growth.”

“Federal governors decided to begin closing the spigot – slowly – on the easy money that’s been flowing into the economy since the pandemic began. They also indicated that they’re likely to raise interest rates next year. What we don’t know is exactly when the Fed will start pushing up rates, how high they’ll go, and whether costlier borrowing – think small business loans, credit cards and mortgages  – will hurt Main Street.”

“Demand for workers has never been greater. Job openings have surged to record highs. On the face of it, there are more openings than there are people looking for work.  With demand roaring back we’ve gone from asking “Where are the jobs,” to “Where are the workers? And when will they come back?”

“Building equity into compensation has long term effects. We now also recognize another element critical to the equity equation — structural support, such as affordable daycare, that can empower job seekers. In 2022, employers will need to decide whether to prioritize pay equity and social infrastructure for their workers.”

Keep Your Tech Safe and Clutter Free with an Electronics Travel Organizer
Trump used records requests to hinder release of returns
The Next Retirement Communities Won’t Be Just for Seniors
Accounting’s strength in numbers
New Year, New Financial Goals (And How to Stick to Them)