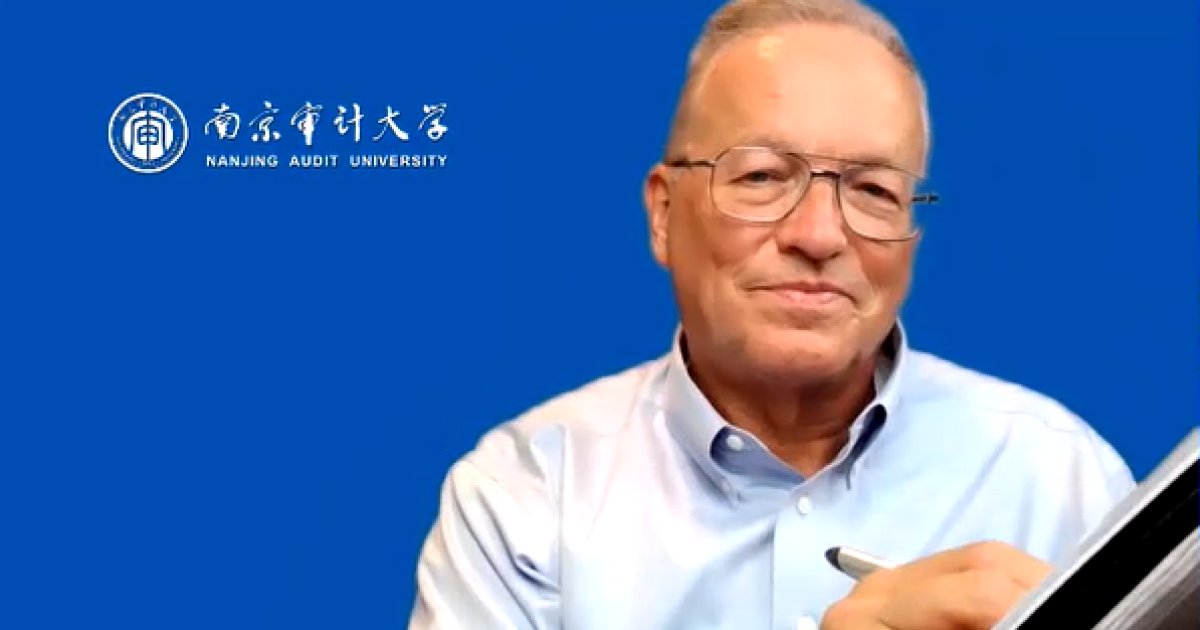 With inflation reaching a 40-year high, consumers are feeling its effects, and internal auditors should probably start keeping tabs on inflation risks as well.

Richard Chambers, former president and CEO of the Institute of Internal Auditors and now a senior internal audit advisor at the software company AuditBoard, is urging auditors to do just that. He penned a blog post Monday about the risks of high inflation, a situation that many auditors have not encountered in decades.

The U.S. Bureau of Labor Statistics reported Wednesday that the Consumer Price Index increased 0.5% in December after rising 0.8% in November, and over the last 12 months, the all-items index went up 7.0%. The biggest increases were seen in shelter, cars, trucks and food.

“As I pointed out in the blog, it’s been a long time, over 40 years, since we’ve seen inflation numbers as high,” Chambers told Accounting Today. “If you think about the modern profession of internal audit, there are not a lot of people out there practicing internal audit who, especially in this country, have ever really had to audit in that kind of environment.”

Inflation creates a different set of risks that many auditors may not have encountered during their careers. “Every economic environment will create its own set of risks,” said Chambers. “Obviously, recessions create big risks for companies in terms of sustaining their bottom lines. But inflation presents a different set of risks. What is difficult with an inflationary environment is being able to anticipate what the extent of price increases are, the kind of pressure that it’s going to put on consumers in the marketplace. There are a whole portfolio of risks that this kind of environment creates for companies.”

Inflation can certainly change how a CFO does budgets and forecasts. “We have some very talented men and women out there in CFO organizations, but for the most part, they’re in the same boat as the auditors,” said Chambers. “They’ve not really executed financial management responsibilities in this environment before. Will they have the acumen to be able to budget revenue for the coming year? Will they be able to budget price increases for their raw materials, for their services, for the costs or expenses of the company? I think internal auditors should recognize that as a risk and hopefully be able to provide some assurance to the board and executive management that it’s on the radar of the CFO organization and that they’re working diligently to be able to address the risk.”

Inflation is likely to affect a company’s financial performance. “When you’ve got a steady stream of price increases, it starts to put pressure on your bottom line,” said Chambers. “You’ve also got to have some acumen in your company about how you’re going to increase your own prices. Most experts would caution against across-the-board price increases, arguing instead that you should be looking very specifically at your line of products and services and only imposing price increases where the cost has put pressure on the margins for that particular product. Does a company have that kind of expertise? Do they understand the risks in the market if they overprice or if they increase prices too rapidly, and what will that do to demand for their products and services? Think about all the prices of the goods and services that we have that are going up.”

Chambers used to teach macroeconomics at the college level decades ago, and some of the concepts that used to be taught back then may apply again in the current environment.

“I’m recalling all of the axioms that economists were imparting to us back in the ’80s about supply and demand and what happens,” he said. “If you’re selling a product where there’s a high degree of demand, such as electric power or fuel or commodities that we need to stock in our kitchens and homes, then you have more flexibility when there’s a lot of pressure to increase your prices because the demand is there. That’s referred to as a highly elastic demand curve. On the other hand, if you’re talking about a product that people can live without if they have to make choices, then they would have risks in increasing prices when there’s an inelastic demand curve. Suddenly you increase prices and your demand drops. Those are all things that companies haven’t been thinking a lot about or at least haven’t been talking a lot about, and I think the internal auditors should be cognizant of them as they assess the risks in their company.”

Internal auditors may need to tell management about the risks they see in budgets or forecasts if inflationary pressures aren’t being factored in enough.

“I think the internal auditors could be looking at ongoing processes, including financial management processes, and pointing out if they see that there’s not effective risk management or if appropriate controls are not being designed and implemented,” said Chambers. “I don’t think it’s the internal auditor’s place by any means to put their own proposals out there for what prices should be or costs or specific actions that should be taken. I think it should be the internal auditor’s role to provide some assurance about whether good risk management practices are in place, that controls are in place and whether the desired outcomes are being achieved. If they see that’s missing, then I think it’s their place to call that to the attention of management and make recommendations on the actions that should be taken to strengthen budgeting and forecasting processes.”

Communication about those risks is important at a time when inflation is accelerating. “I think as much as anything right now, internal auditors have an opportunity to engage in dialogue across the company, raise awareness, make sure that these kinds of things are being thought about,” said Chambers. “I’m guessing that there’s as much inexperience in the halls of financial management as there is in internal audit. In many ways, we’re all in this together and we’re going to be going through an experience for pretty much the first time.”

Since he posted a link to his blog on Monday on social media, Chambers has heard from colleagues in other countries about their experiences with high inflation. “Internal auditors in Brazil and Argentina have been dealing with hyperinflation for decades, and they’re quick to point out that it’s a very different environment to operate in,” he said. “They believe that my blog is on target and that internal auditors have a real opportunity to step up their game in auditing this environment.”

While inflation seems high right now, it’s relatively low compared to the experiences of some other countries that have needed to take drastic steps to curb the economic damage. “In some ways, they’ve got a big head start because they’ve been doing it for a long time,” said Chambers.

Other impacts of inflation should be considered as well by auditors. “There are some second and third order effects of inflation that you need to be cognizant of too,” said Chambers. “You need to be thinking about what does a constant drumbeat of inflation do to your talent management? What will happen if you’re not increasing salaries at the right pace is that you put yourself at a competitive disadvantage. If you’ve got employees who maybe were on the fence about whether they wanted to stay with your company or not, then suddenly they feel like they’re losing purchasing power. They’re going to find a place to go where they feel like they’re being more rewarded. During the worst year of inflation, 1980, my organization raised salaries by 6% twice that year just to try and hang onto people and treat them right. I’m not suggesting we’re going to see anything like 13% inflation, but I don’t think a year ago we thought we’d see anything like 7% inflation either.”

Labor shortages as well as supply chain constraints need to be kept in mind this year.

“We also have to consider if there is a prospect that this is going to create an even greater challenge for the supply chain, as companies have a hard time acquiring the materials to manufacture as the cost of transportation soars,” said Chambers. “Is that going to put an even greater constraint on the supply chain? There is a whole line of risks that can flow from a period of higher inflation. It’s never too early to start thinking about the kinds of things that could flow from this environment.”

Analytics expand in corporate tax
Top Stock Picks for Week of January 30, 2023
2023 VAT Rates in Europe
Buy This Resurgent Growth Tech Stock Before Earnings for More Upside?
The Federal Reserve is likely to hike interest rates again. What that means for you