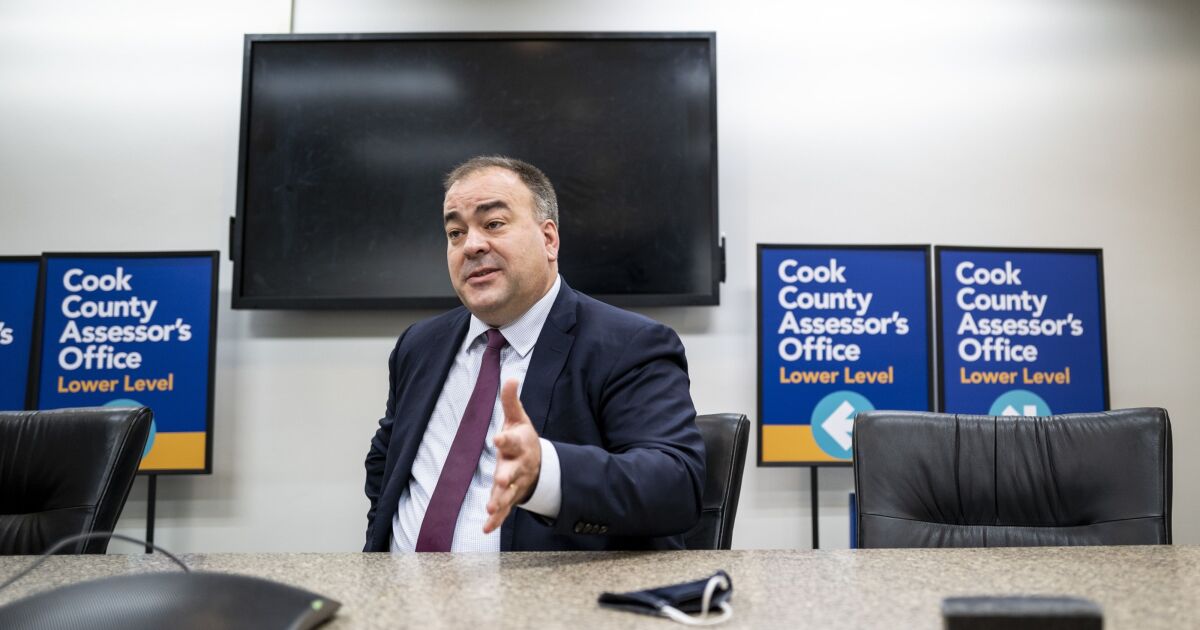 A group of municipal property-valuation officials from across the U.S. has asked President Joe Biden’s administration for help in tapping national data about the condition and quality of millions of homes to address widespread unfairness in local property taxes.

The effort follows a series of Bloomberg News reports this year about how residential property taxes, which raise roughly $500 billion a year nationwide, are plagued by systemic flaws: Official assessments tend to overstate the taxable value of inexpensive homes while understating the value of expensive ones. As a result, working-class homeowners pay higher effective property tax rates than the wealthy do.

In Chicago, the problem is most acute “in the bottom third of prices,” said Cook County Assessor Fritz Kaegi. “And we think this is due to things that we are not measuring” with available data, he said: “quality and condition of homes.”

Kaegi has suggested that the Uniform Appraisal Database maintained by the federally chartered mortgage buyers Fannie Mae and Freddie Mac might help plug the gap. The UAD contains information on the condition and quality of millions of U.S. homes that were appraised for mortgages. Kaegi recruited 15 other tax officials from major urban areas — including Seattle, Miami, Philadelphia and Dallas — to join him in asking for access to that information.

Federal officials haven’t committed to granting the request; one primary concern centers on the need to filter out private information, such as names of owners and lenders, while preserving useful data on homes’ quality. But the local officials’ group is scheduled to meet with representatives of the Federal Housing Financial Agency in January to discuss the proposal.

Residential property taxes are generally based on the fair market value of a home, as determined by local officials. Most assessments are based on recent sales. Generally, assessors use sales data to estimate values for all the homes in a jurisdiction. That process, known as mass appraisal, relies on computer models that calculate the average value of individual attributes, such as square footage of living space and number of bathrooms, and applies them to each residence.

But local assessors are barred from entering homes without permission, so they have no real data on each one’s relative quality, including individual improvements or maintenance issues that might affect value. It’s generally accepted that affluent homeowners are less likely to put off repairs, making high-priced housing stock more uniform and therefore easier to value. Experts say assessed values at the low end of the scale tend to vary more, contributing to inflated values.

Kaegi, who took office in 2018, says the UAD can provide the information assessors currently lack. He argues that because Fannie and Freddie are under federal conservatorship, administration officials can release the data to local assessors.

A former portfolio manager and neophyte politician, Kaegi won office by promising to bring fairness and accuracy to a deeply regressive system in Chicago. One study showed that inaccurate assessments in the area had shifted more than $2.2 billion in taxes from the highest-priced homes to the lowest over five years’ time. Now three years into his four-year term and seeking re-election, Kaegi has upgraded the agency’s valuation models — the new ones use machine learning — and expanded the data sources used to value properties. He boosted transparency by posting detailed statistical reports on assessments online, with explanations of the agency’s methods. But while his staff has narrowed disparities in the county’s valuations, Kaegi says, gaps remain, especially among the least valuable properties.

Moreover, his efforts to correct valuations that were inaccurate and unfair for years have drawn opposition from business groups and some homeowners, illustrating the political difficulty of overhauling property tax systems.

Critics complain that Kaegi used sketchy data to justify a roughly 10% COVID reduction for residential assessments in early 2020, just as most office buildings and some small businesses saw dramatic increases as assessors addressed chronic inaccuracies. Then, during the pandemic, residential property values boomed while downtown office buildings and businesses reeled, and Cook County saw just the kind of unwarranted tax shift Kaegi had said he’d end. Opponents say he was currying favor with homeowners. Kaegi says he used the best data sources he had at the time, primarily unemployment figures and information about the impact of COVID on real estate investment trusts.

“It was the opposite of fair and accurate,” said Farzin Parang, executive director of the Building Owners and Managers Association of Chicago, an office building trade group, and staunch critic of Kaegi. “From our perspective, the entire thing was completely political.”

Last March, after Bloomberg published a story that highlighted a new, nationwide study about widespread regressivity in property taxes, the University of Chicago professor who led the research met with White House staff members. Christopher Berry, a professor of public policy, walked the officials through his data analysis, which found unfair valuations in roughly nine out of every 10 U.S. counties it examined. Kaegi joined a follow-up meeting in April, where he pitched his request to use the UAD to gain insights about the condition and quality of homes.

In an interview, Berry said he thinks tapping the UAD is a good idea that would involve few costs for the federal government — but said it may lead to only marginal improvements. “That’s the only way this thing is going to get better, small continuous improvements,” he said.

Kaegi’s analysts have estimated that missing information about a home’s condition and quality could swing a valuation estimate up or down by tens of thousands of dollars. For homes at the lower end of the price scale — $100,000 or less in Chicago — that could result in highly unfair valuations.

In August, Kaegi and his 15 counterparts from across the country wrote to the White House for help in accessing the relevant UAD data. A senior administration official said a presidential task force that’s examining racial equity in home-loan appraisals is also committed to exploring property-tax fairness, though federal officials have little authority over local taxes.

Sharing appraisal data from the UAD would be a good start, said King County Assessor John Wilson in Seattle. “The information is well worthwhile,” he said. “It would help us on some of the questions we’ve all had about whether there are some things inherently discriminatory in our assessments.”

Testimony: Considerations for Additional Income Tax Reform and Relief in Nebraska
Gautam Adani calls off $2.5 billion equity sale as regulatory concerns grow
64% of Americans are living paycheck to paycheck — here’s how to keep your budget in check
What happens if the Supreme Court strikes down student loan forgiveness? Here are 3 predictions
Trump used records requests to hinder release of returns