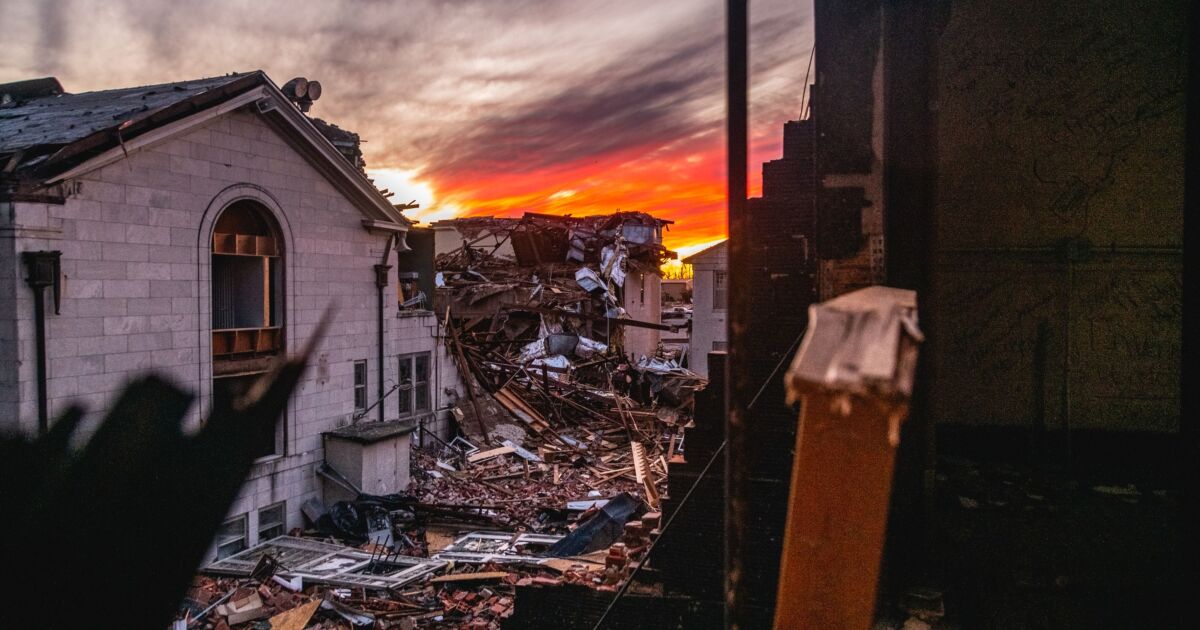 Given the recent natural disasters, unfortunately it’s time to write about the casualty loss deduction under the Internal Revenue Code. For the experts, that can be found in Code Section 165 and the loss is claimed on Form 4684. The loss is claimed as an itemized deduction on Schedule A for federally declared disasters and as a miscellaneous itemized deduction subject to the 2% of adjusted gross income floor for non-federally declared disasters.

According to the instructions for the 2020 Schedule A, Itemized Deductions: “If you have a net qualified disaster loss on Form 4684, Line 15, and you aren’t itemizing your deductions, you can claim an increased standard deduction.” The instructions explain how to do that. Casualty and theft losses from income-producing property are claimed as an “Other Itemized Deduction.” Casualty and theft losses for property used in your service as an employee are not deductible at this time. —

So, how and when can you take a casualty loss deduction, and for how much? The legal provisions can be rather complex for some, but very simple for others. These disaster loss rules only apply for tax years 2018 through 2025.

The very first requirement is that the loss has to be defined as a casualty. A qualified casualty is something that is unusual, unexpected or sudden. A car accident is a casualty loss if the driver did not willfully cause the accident, or was not willfully negligent. Losses from storms and other losses count. Termite damage is not allowed by the IRS but some courts have allowed the deduction (IRS Publication 547, M.A. Rosenberg, CA-8, 52-2 USTC, Par. 9377).

If your insurance proceeds or other compensation does not have any restrictions on how the money is to be used, it is a gift and does not reduce the casualty loss.

You can elect to claim a casualty loss if a prior year if you are uninsured to get your tax refund faster, but you can only claim the loss when the amount of the loss is known. This means that you can claim it in a later year, too. The loss is the lower of the fair market value of property before the loss, minus the fair market value after the loss, or the adjusted basis of the property. Adjusted basis is explained earlier. But be careful with this, because certain closing costs at the time of purchase are added to the basis of the property.

One of the problems that exists in calculating adjusted basis in the property is that the records needed to do this may have been destroyed in the disaster. An attempt to reconstruct these records should be made, and absent that, any reasonable method should be accepted. Outside sources of records are available, such as bank statements kept by the bank, broker statements in the hands of a broker, and so on. Real estate closing agents may have a copy of property settlement sheets to prove the cost of the property plus certain closing costs.

A personal casualty loss generally is subject to $100 reduction or deductible, and then is reduced by 10% of AGI. These limitations do not appear to apply to business losses, so the taxpayer should separate business and personal losses. If you claim the loss in the prior year, the AGI for that year is used, so tax planning should aim to maximize the deduction by choosing the year that has the lowest AGI, unless the taxpayer needs the tax money in a hurry, when the using the prior year may be essential.

For certain personal disasters, the deductible is $500 and there is no 10% reduction. They are:

It remains to be seen whether or not Congress or the IRS considers losses from the tornadoes of 2021 to also fall under this category. I think they should. One important point to make is that each disaster is reduced by $100 first, and then the total of all disasters for the year is subject to the 10 percent reduction.
There are also provisions related to theft losses and those are deductible under the same rules for casualty losses in that they must occur in a federally declared disaster area, or are offset against theft gains. So, it appears that looting that occurs after a disaster would be fully deductible, again subject to the $100 deductible and 10% AGI reduction of losses.

I think these are the most germane issues related to casualty losses. To my knowledge, when discussing the federally declared disaster declarations for the tornado losses in eight states this past weekend, I know that President Biden has already declared parts of Kentucky a disaster area as requested by the governor immediately. I’m not sure about counties in the other seven states. That may need to be sorted out. For Hurricane Ida affecting New Jersey, many of the northern counties are declared disaster areas due to flooding, and Gloucester County in Southern New Jersey is a declared disaster area because Mullica Hill, N.J., had a tornado.

New Year, New Financial Goals (And How to Stick to Them)
I’m not a threat to accountants, says ChatGPT
3 key things to know before opening a home equity line of credit
Meta and Amazon Stock: Buy These Beaten-Down Giants Before Earnings?
The Federal Reserve is likely to hike interest rates again. What that means for you