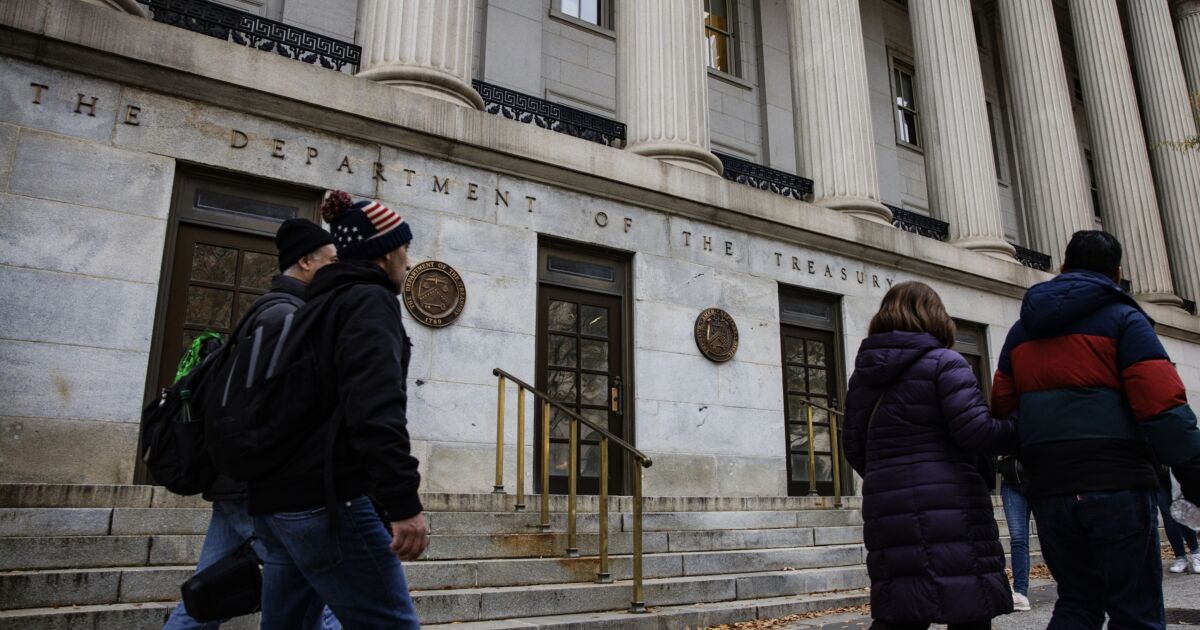 The U.S. Treasury is launching an effort to examine the distribution of federal benefits and taxation by race, starting with a look at the pandemic relief payments that were due to most American households.

Deputy Treasury Secretary Wally Adeyemo, along with Lily Batchelder, the Treasury’s assistant secretary for tax policy, wrote in a blog post Tuesday that the analysis of racial data will allow policy makers to “more easily analyze the demographic and equity effects of a variety of tax provisions, shedding sunlight on policy choices and trade-offs.”

Treasury researchers are beginning their work by studying the distribution of economic impact payments — stimulus checks — among various racial and ethnic groups. Congress approved three rounds after Covid-19 struck, ranging from $600 to $1,400 per adult, to help households cover costs as the economy shut down and unemployment surged.

Results on the first two rounds of stimulus payments are aimed to be published in 2022, with additional data about the third round in 2023.

The analysis will bring more data to an area that has been vastly understudied, because the Internal Revenue Service does not collect race, ethnicity, gender and other demographic data on tax forms. The model will use formulas and data from other providers to impute these micro-data points onto the tax information that the agency already has, according to the blog post.

The IRS was roundly criticized during the stimulus-payment distribution process for failing to reach many minority communities. Black and Hispanic households were less likely to receive the first-round stimulus payments, according to research from the Urban-Brookings Tax Policy Center. They found that 73.7% of white families reported receiving the money, while 68.6% of black families and 63.7% of Hispanic households said the same.

The department is attempting to use the process to develop a reliable methodology to analyze the racial implications of a broader swath of tax issues. Treasury officials are also hoping to use the model they’re assembling to study the impacts of the monthly Child Tax Credit payments introduced in mid-2021.

The push to analyze tax statistics by race has been championed by Dorothy Brown, an Emory University tax law professor and author of “The Whiteness of Wealth: How the Tax System Impoverishes Black Americans — And How We Can Fix It.”

“Obtaining this information would counter the fallacy that our tax system affects everyone equally, regardless of race, or that only white Americans pay taxes,” Brown wrote, arguing that the data could also help design policies that narrow the U.S.’s persistent racial wealth gap.

The median white family’s net worth is eight times the wealth of the typical Black family, according to Federal Reserve data — a gap that hasn’t narrowed significantly in three decades.