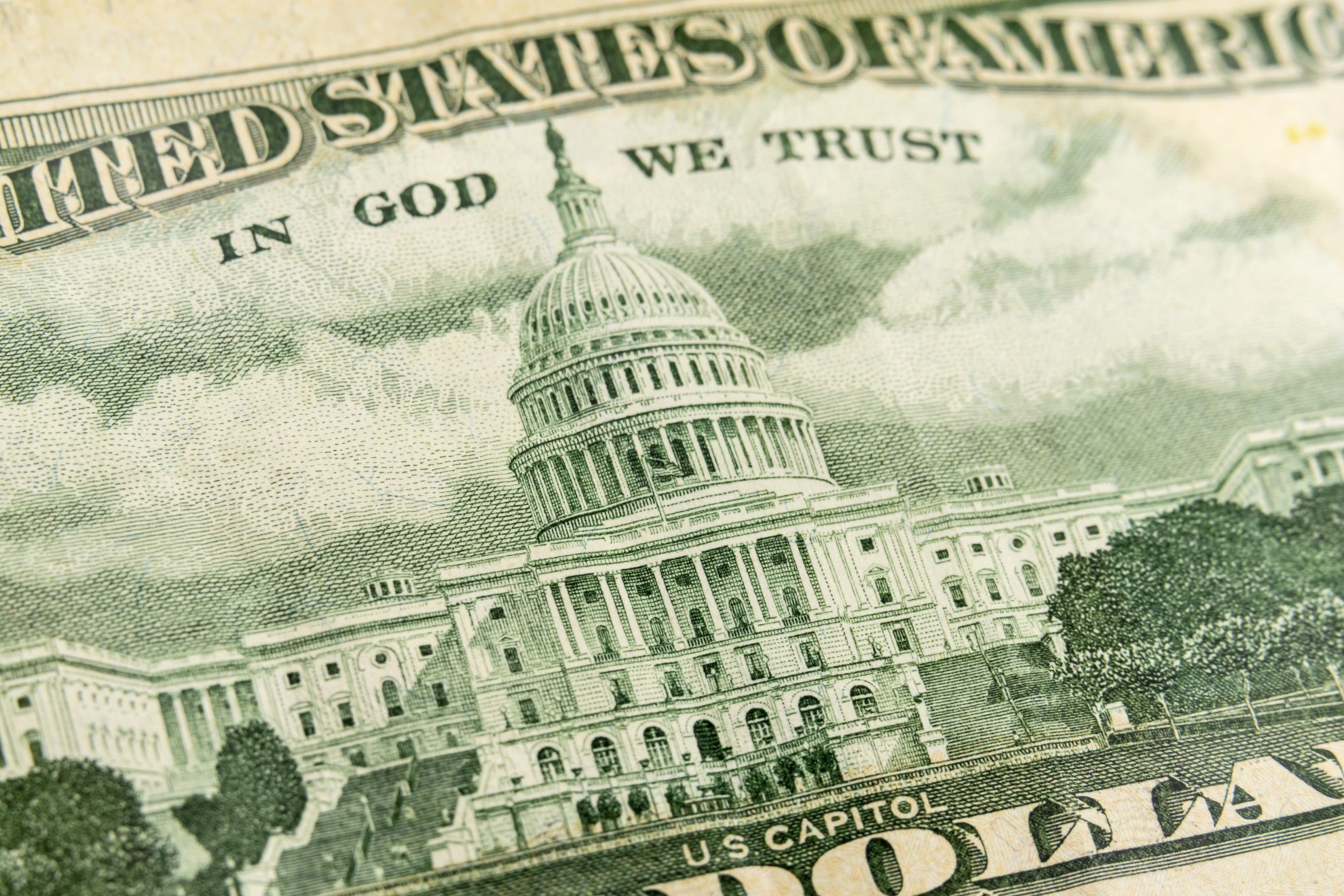 As the Senate weighs changes to the spending and tax portions of the Build Back Better Act, the Congressional Budget Office (CBO) and Tax Foundation find the bill would increase the cumulative budget deficit over the next 10 years—contrary to claims the legislation is “fully paid for.” The deficit impact may contribute to short-run inflation and will grow if the temporary policies are extended and the budget gimmicks used to minimize the potential long-run cost of the legislation are removed.

Over 10 years, the CBO estimates the Build Back Better Act (BBBA) would increase federal spending and tax credits (and other cuts in taxes) by $2.15 trillion while producing $1.98 trillion in offsets (revenue raisers and cuts in spending), creating a $159 billion budget deficit. Tax Foundation finds a similar amount of spending and tax credits in the bill but finds the offsets would increase federal revenue by about $1.67 trillion, producing a larger, $470 billion deficit between 2022 and 2031.

The deficit estimates assume the legislation’s spending and tax credits, such as the expanded child tax credit (CTC), expire as scheduled in the bill. The expanded CTC provisions alone would cost about $1.6 trillion over 10 years if made permanent. If the legislation’s other temporary tax credits and spending programs are also made permanent, the cost would approximately double to about $5 trillion and add $3 trillion to the national debt over 10 years, according to the CBO. The lack of stable funding required to extend the new programs creates uncertainty for taxpayers and beneficiaries as they may not be able to rely on the programs going forward, or new taxes will need to be levied.

The legislation would add to the federal deficit between 2022 and 2026, which is driven by larger upfront spending and tax cuts while many offsets are just phasing in. CBO estimates the deficit would increase by $749 billion over the first five years, while Tax Foundation estimates it would exceed $1 trillion. A short-term deficit could contribute to higher inflation, especially because the bill may increase the deficit in 2022 by upwards of $318 billion, according to Tax Foundation estimates.

The deficit estimates from the CBO and Tax Foundation have three major differences. First, the CBO presents the deficit impact for each fiscal year, which runs from October 1st to September 30th. Tax Foundation produces estimates using calendar years, running from January 1st to December 31st. The timing difference is important because the legislation would start to take effect January 1, 2022, so our calendar year result for 2022 (a deficit of $318 billion) captures the entire first year effect while the CBO’s fiscal year 2022 result captures only the first nine months of the BBBA.

Second, the CBO relies on revenue estimates for tax provisions from the Joint Committee on Taxation (JCT), which differs in some cases from Tax Foundation estimates. For example, the JCT estimates the proposed 15 percent minimum tax on corporate book income would raise $319 billion over 10 (fiscal) years, while Tax Foundation estimates it would raise $204 billion over 10 (calendar) years—a difference not entirely explained by fiscal/calendar year differences.

The differences in revenue estimates may be largely due to differing forecasts for the tax bases, e.g., items like the quantity of corporate stock buybacks. If future economic activity diverges from historical trends, this will have a large impact on actual revenues. For example, corporate stock buybacks may continue their upward trajectory since 2018, or they may revert to longer-run historical levels, which is what we assume. A higher level of stock buybacks in the future may imply higher expected revenue from the proposed 1 percent excise tax.

Finally, Tax Foundation produces deficit estimates on both a conventional and a dynamic basis. A conventional deficit estimate holds the size of the economy constant, setting aside the impact of revenue raisers on economic activity such as investment and wages. A dynamic estimate incorporates the impact of tax changes on the economy, which may decrease the amount of revenue expected from certain tax increases. 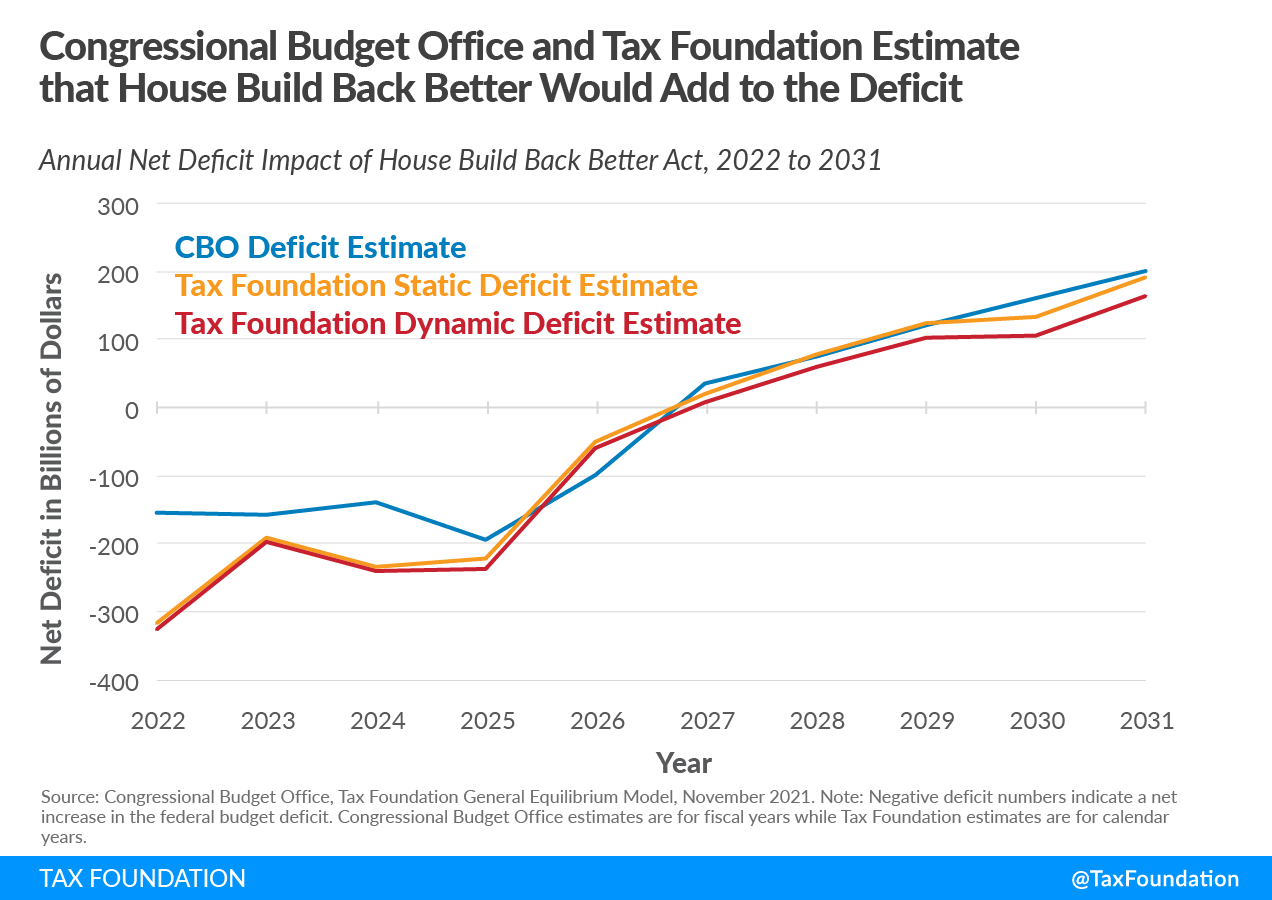 Manhattan DA pressing ex-Trump Organization CFO to flip on his former boss
2023 VAT Rates in Europe
3 key things to know before opening a home equity line of credit
As Marchers in France Fight Pension Reform, Shopkeepers Nod and Agree
64% of Americans are living paycheck to paycheck — here’s how to keep your budget in check