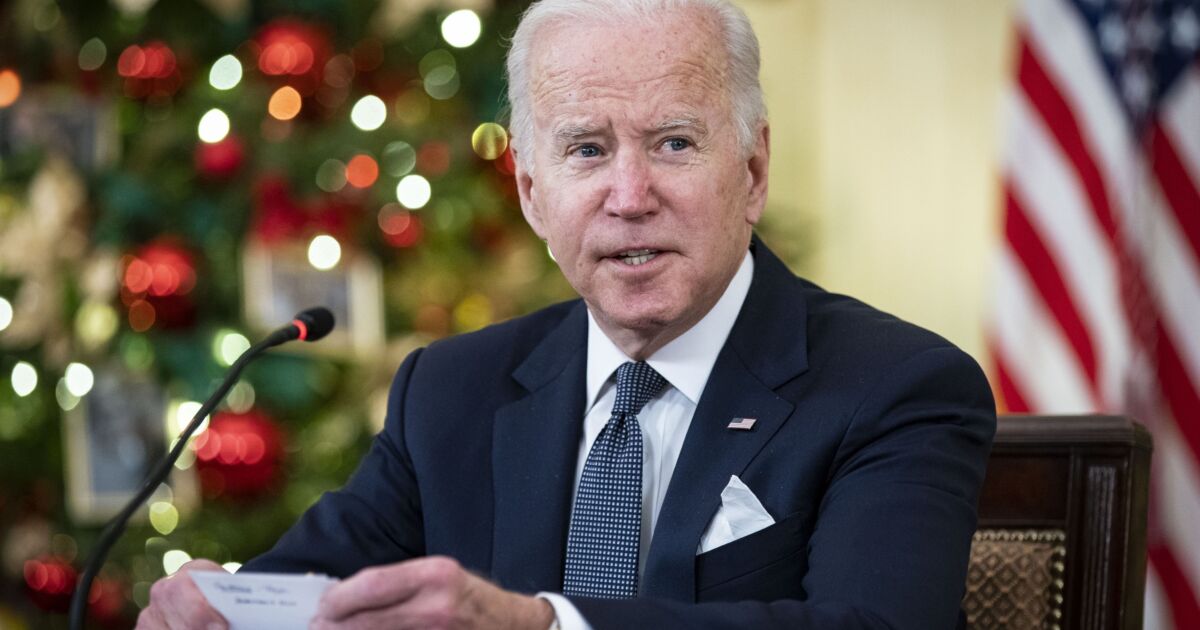 The order — targeting 36 federal services across multiple agencies and department — also calls for passport renewals to be digitized and for the Internal Revenue Service to call back taxpayers instead of keeping them on hold.

The measure will “ensure that the federal government puts you, the American people, at the front of the line and are first in anything we do,” Biden told reporters before signing it.

Some of the biggest impacts of the executive order will be seen by Americans over 65. In addition to a new online tool designed to make claiming Social Security benefits easier, the government will also develop a portal for Medicare recipients to identify ways to save money on drugs and health care.

Under the order, the administration plans to allow former service members to access a suite of benefits with a single log-on. Victims of natural disasters will be able to use centralized online forms and submit damage photos through smartphones, while those receiving food benefits and other programs to assist the poor should have an easier time certifying their income and eligibility.

“Oftentimes there’s a time tax — it takes a long time to fill out a form, or go through a line or access a benefit and our focus is really ensuring that we’re minimizing those frictions,” White House staff secretary Neera Tanden said in a briefing before Biden signed the order.

Other administration efforts under the executive order are expected to make occasional interactions with government less burdensome. The White House says it will cut down security lines at airports through new screening technologies with advanced features. And the Small Business Administration and Department of Agriculture are examining ways to improve customer service and cut down on trips to submit paperwork.

The push to make government services more accessible comes as Biden seeks the biggest expansion of the nation’s social safety net in decades with his Build Back Better legislation, a $1.75 trillion compilation of tax code changes, new federal programs, and initiatives to combat climate change.

The bill is currently the subject of tense negotiations in the Senate, where moderate Democrats led by West Virginia’s Joe Manchin have expressed concerns about the cost and whether the legislation could contribute to inflation. Biden cannot spare to lose any Democratic support in the evenly divided upper chamber.

The president will speak with Manchin by phone on Monday, Press Secretary Jen Psaki said.

The order also comes as a number of pandemic assistance programs — from an expanded Child Tax Credit to frozen student loan payments — are set to expire.

The White House is hoping the modernization will help Americans access programs that are sometimes ignored by those who are eligible due to the bureaucratic hurdles involved.

For instance, some 22% of Americans eligible for the Earned Income Tax Credit fail to claim it, according to the Tax Policy Center. But the federal government has seen some success in previous efforts to simplify access to benefits, like new, less-complex financial aid forms.

— With assistance from Jenny Leonard