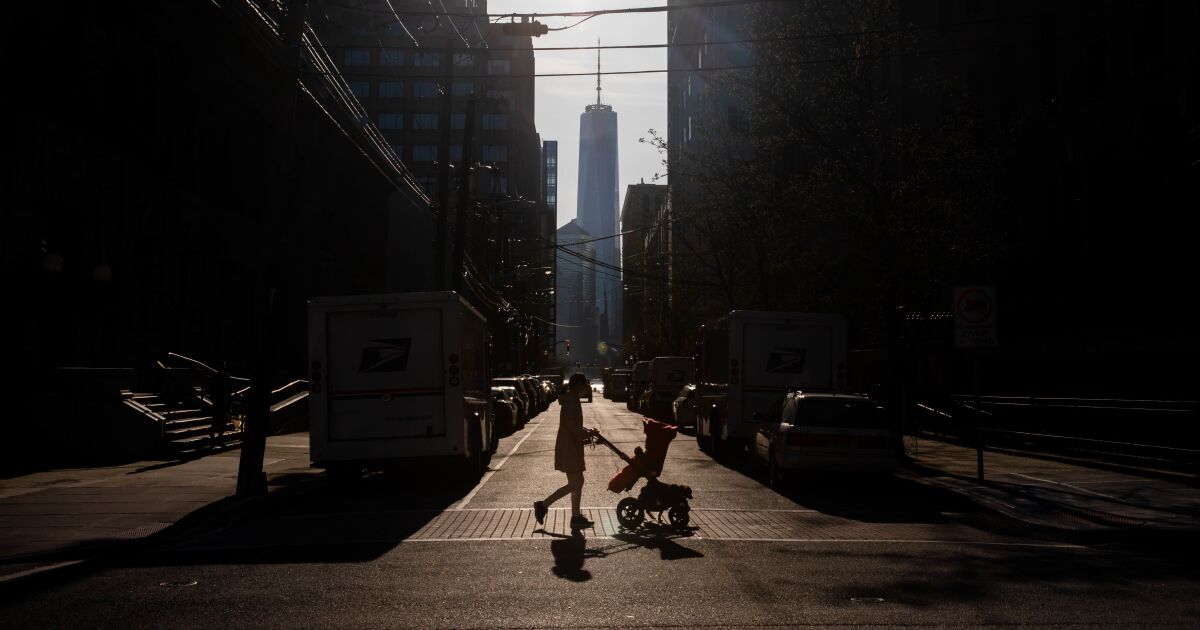 For Americans worried about rising prices and shrinking household budgets, January could bring another blow to the bottom line.

At the end of the month, the government’s temporary moratorium on federal student loan payments expires, meaning loans will once again accrue interest and borrowers will be expected to resume monthly payments.

And barring congressional action, on Jan. 15 many American families will lose monthly payments from the government totaling hundreds of dollars, gained from a temporary expansion of the child tax credit under President Joe Biden’s pandemic relief law.

The looming cutoff of two sources of significant federal pandemic aid to U.S. families threatens to add to Americans’ pessimism about the state of the economy, 10 months before they go to the polls to decide whether Biden’s party will retain control of Congress.

A Gallup poll released Dec. 2 found that 45% of American households say inflation is causing them financial hardship, and a Wall Street Journal poll published Tuesday found that about 60% of Americans think the economy is poor or not good and headed in the wrong direction.

An extension of the expanded child tax credit is included in Biden’s Build Back Better legislation, his package of climate, tax and social-spending measures. But the bill is stalled in the Senate. Prospects for an extension of the student loan moratorium are even dimmer — there is little interest internally at the White House, according to two people familiar with discussions on the issue.

Treasury Secretary Janet Yellen said during a hearing last week that the expanded child tax credit has put about $77 billion into the pockets of families, helping 61 million American children so far. The monthly payments can be as much as $300 per child, or $3,600 per year.

The expiration of the payments is already top-of-mind for some congressional Democrats.

“Many families have found it invaluable for meeting school needs, health-care needs, and some of the other things to enrich the lives of their children,” said Representative Lloyd Doggett, a Texas Democrat and a senior member of the tax-writing Ways and Means Committee. “It is lifting families out of poverty, and we’ll have a real reversal and setback if it’s not continuing.”

Without an extension, the tax credit would revert to $2,000 per child, and Americans would have to wait until tax filing season to claim it on their returns.

Congress has until “a few days before Jan. 15” to act, Doggett said. The Build Back Better legislation would extend the more expansive version of the credit for most families for another year, ensuring payments through the midterm elections. The expanded credit would become permanent for families with little or no income.

Senator Ben Cardin, a Maryland Democrat, said Congress could make the payments retroactive if it doesn’t pass an extension in time, but that missing the mid-January deadline would cause “disruptions.”

If households lose the monthly tax credit payments and resume paying student loans, it could mean the loss of several hundreds of dollars in disposable income for many families — all while they face rising prices because of inflation and the spread of the omicron variant of the coronavirus.

“The pandemic could be with us for quite some time, and hopefully not completely stifling economic activity, but affecting our behavior in ways that contribute to inflation,” Yellen said last week at a Reuters event.

Pressure is rising on Biden to prevent federal student loan borrowers from having to resume payments on Feb. 1, after the end of a moratorium that dates to the beginning of the pandemic in March 2020.

The administration last extended the moratorium in August, affecting about 41 million borrowers, but said at the time that would be the final such extension.

Senate Majority Leader Chuck Schumer, Senator Elizabeth Warren and Representative Ayanna Pressley, all Democrats, on Wednesday called on Biden to pause student loan payments until U.S. employment reaches pre-pandemic levels, and to cancel as much as $50,000 in debt per borrower.

They cited an analysis they requested from the Roosevelt Institute, a nonprofit research group connected to the Franklin Roosevelt Presidential Library and Museum, that found resuming student loan payments would take $85 billion a year from the household budgets of about 18 million borrowers.

The moratorium has saved borrowers an average of $393 a month, Schumer said in a statement on Monday in which he also cited uncertainty around the omicron variant and calling for an extension.

“If we don’t extend the pause on payments, then that horrendous interest will pile up at a time when too many are still not financially prepared to shoulder a giant monthly bill,” he said. “Moreover, with omicron spreading, the uncertainty with what happens next demands at least one more extension of the student loan payment pause.”

He referred to a survey last month by the Student Debt Crisis Center, an advocacy organization, and Savi, a startup that helps borrowers reduce their payments. The groups found that while most borrowers are fully employed, 89% say they aren’t financially secure enough to resume payments. Forty-five percent said their current financial wellness is poor or very poor, compared to 25% before the pandemic.

A White House official who was granted anonymity to discuss the matter said the administration wanted an orderly return to loan repayment and would help borrowers make the adjustment.

Biden has resisted proposals to forgive student loans entirely. Warren, one of the foremost champions of the idea, and three other Democratic senators last week sent a letter to four federal loan servicers asking the companies to outline steps they’re taking to transition millions of borrowers back into payments once the moratorium ends Jan. 31.

Half of borrowers’ loans will be “transferring to a new loan servicer, an unprecedented event with a heightened risk of borrower harm,” the senators wrote.

— With assistance from Kaustuv Basu