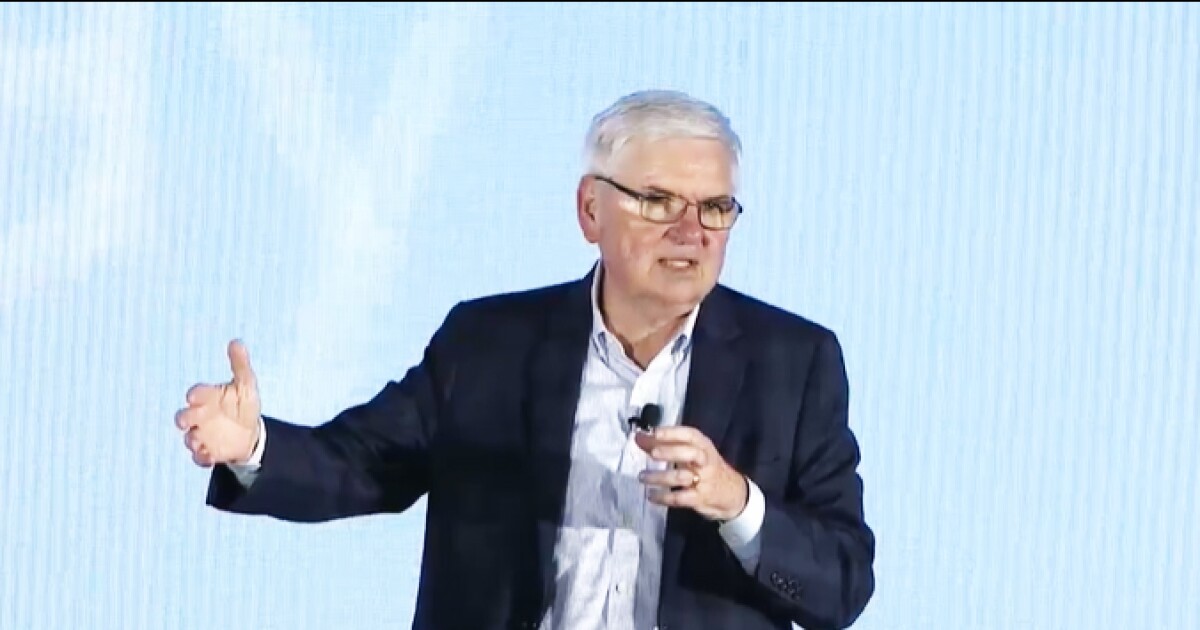 While the accounting profession can be proud of its essential role in helping the country through its recent trying times, that doesn’t mean it can rest on its laurels, according to Association of International Certified Professional Accountants president and CEO Barry Melancon.

“It’s very important that our profession evolve. We can choose not to embrace technological changes and service expectation changes, or we can choose to rethink and to be the actual profession that constantly reinvents itself,” he told attendees at CPA.com’s annual Digital CPA conference, being held this week in Nashville, Tennessee. “Now I know that there are people that you probably go to cocktail parties with who might say the stereotypical typical CPA is not innovative and they’re risk-averse and they’re even really old — you know, the symbolism of the green eyeshade — but each and every one of you actually defeat those stereotypes.”

“Almost everything that we do is in some element of transformation right now,” he added. “And, you know, transformation can be scary, but you can also see it as incredibly opportunistic. We are — you are — in the midst of redefining our profession.”

“For our profession to be successful for the next two years, in five years, in 10 years, in 50 years, in a hundred years, we have to constantly evolve,” he said.

As an example of the kind of reinvention accountants need to consciously embrace, he cited evolving attitudes toward tax services.

“The next generation of entrepreneurs will not view a tax return as a product that they get from you,” Melancon said. “They will, in fact, view the tax return as a by-product of the entire relationship that they have with you. And that subtle difference in thinking when you think about client experience is a major way of thinking about how to refresh and rethink about tax practices.”

As another example, he described the AICPA’s Dynamic Audit Solution initiative, which is building a 21st century audit tool from the ground up based on the capabilities offered by the latest technologies. “Let’s assume an audit did not exist, that it was never invented, and let’s invent an audit today given the capabilities of a technological world that we’re in today,” he said. “We are about reinventing the audit.”

DAS is already out in pilot mode, and Melancon said the plan is develop over two dozen industry-specific approaches to its capabilities over the course of 2022.

Those were just two of the many challenges, changes and opportunities that Melancon believes the profession needs to evolve to face; below are a number of other developments that he covered in his wide-ranging keynote at Digital CPA.