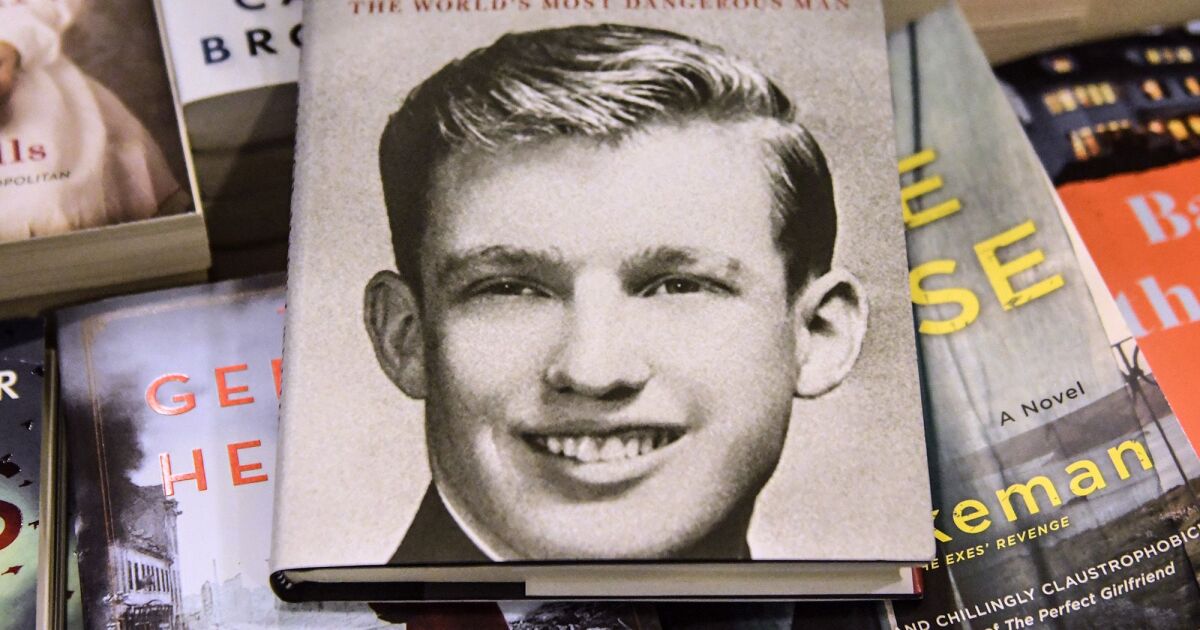 Donald Trump’s niece said her uncle’s lawsuit over her role as a source for an award-winning New York Times report on the former president’s tax avoidance violates a New York law against frivolous litigation.

In a motion to dismiss the suit Thursday in state court in Manhattan, Mary Trump said that the complaint was filed as punishment for the Times story as well as her own damning memoir about the former president and his family, making the case an illegal attempt to chill free speech.

Donald Trump, who sued in September, alleges his niece’s work with the Times violated the confidentiality clause of a 2001 settlement agreement that resolved a Trump family spat over the wills of the former president’s parents.

“Mr. Trump wields the confidentiality provision as if it were virtually unlimited in scope and time, precluding speech on issues that became of central public concern once he first ran for President of the United States,” Mary Trump’s attorney, Theodore Boutrous, said in the filing.

The family feud erupted after Mary Trump revealed her plan to publish her 2020 book, “Too Much and Never Enough: How My Family Created the World’s Most Dangerous Man,” with the goal of helping to stop his reelection. Her work with the Times was detailed in the memoir, and the documents she unearthed later formed the basis for her earlier fraud suit against Trump.

Trump’s lawyer, Alina Habba, didn’t immediately return a call seeking comment. He has previously called her suit “pre-textual” and said it’s barred by the statute of limitations because all the information in her case was known to her years ago.

The 2018 Times report, which won a Pulitzer Prize, detailed how Trump’s real estate business claimed suspiciously low valuations on properties to minimize tax liability and also revealed that he inherited more than $400 million from his father, contrary to Trump’s frequent assertion that he only received a small loan of around $1 million.

Donald Trump’s lawsuit is “a transparent effort to punish his niece and these journalists for disseminating truthful information of great public interest concerning Mr. Trump’s fitness for the office and aspects of his personal and financial history that he had long sought to hide,” Mary Trump’s filing said.

The former president, who is weighing a 2024 run to return to the White House, has denied the findings in the Times report.

New York’s Anti Strategic Lawsuits Against Public Participation statute, known as an anti-SLAPP law, was amended and broadened by state lawmakers in 2020. Mary Trump’s filing outlined various lawsuits her uncle filed against journalists and other critics over the years, allegedly to silence them.

“Mr. Trump is, in other words, a serial SLAPP artist and this baseless lawsuit is more of the same,” Mary Trump said in her filing.

Donald Trump has accused others of violating the same New York law, including former “Apprentice” contestant Summer Zervos and New York advice columnist E. Jean Carroll, both of whom sued him for defamation after he denied allegations that he’d sexually assaulted them. Zervos dropped her suit without explanation after he made the claim, while Carroll’s case is pending. Trump has denied wrongdoing in both cases.