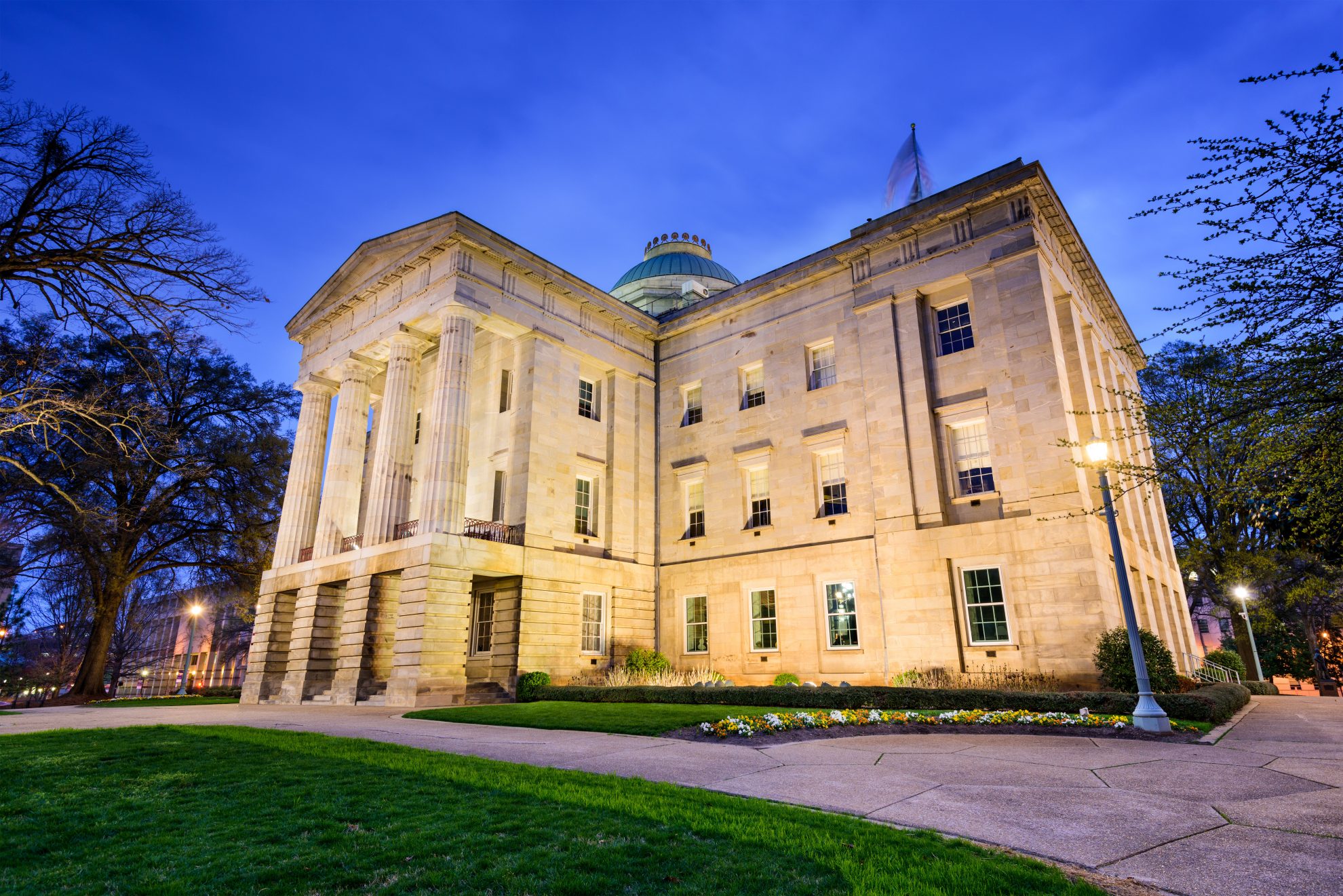 With the adoption of its new budget in mid-November, North Carolina has reinforced its position as a leader in pro-growth tax reform, becoming the 12th state to enact income tax rate reductions in 2021 alone. (An additional four states implemented income tax cuts in 2021 that were previously adopted or were automatically triggered upon meeting revenue targets.) North Carolina’s recently adopted reforms further reduce the state’s flat income tax rate, ultimately to 3.99 percent, and will eventually phase out the corporate income tax.

Even before this year’s reforms, North Carolina has been one of the foremost leaders in pro-growth, structurally sound, comprehensive state tax reform over the past decade, enacting comprehensive tax reform in 2013 and then building on those reforms in 2014, 2015, and 2017. This year, the state reinforced that legacy with reforms that will set the state up for another decade of leadership in the realm of pro-growth state tax policy changes.

While much will happen in the state tax landscape over the next decade, if North Carolina’s 2021 reforms were fully phased in now, the state would improve from 10th to 5th overall on our State Business Tax Climate Index, solidifying its position as having one of the most competitive and structurally sound tax codes in the country. North Carolina would also tie for 1st on the corporate tax component of the Index and improve from 16th to 13th on the individual tax component.

Before the 2013 reforms, North Carolina consistently ranked among the worst states on the Index, indicative of high tax rates on a narrow tax base, with economically inefficient incentives and carveouts that benefited declining legacy industries. Since then, however, it has seen the most dramatic improvement of any state over the past decade, with reforms that broadened individual and corporate income tax bases and lowered rates, broadened the sales tax base to additional consumer services, and repealed the estate tax. These reforms have helped reverse the state’s previously sluggish growth, with the state’s GDP growth rates going from lagging to exceeding the national average when comparing the seven years prior to the 2013 reforms to the seven years following. In addition, over the past decade, North Carolina has seen the third-highest net in-migration after only Florida and Texas, two states that forgo individual income taxes altogether.

This year, after months of deliberations among the House, Senate, and governor spanning well into fiscal year 2022, both chambers in mid-November adopted the conference report to Senate Bill 105, the budget for fiscal years 2022 and 2023. The budget was then signed into law by Gov. Roy Cooper (D) on November 18.

The most notable pro-growth tax changes included in this budget are income tax rate reductions and franchise tax reforms. Starting January 1, 2022, the state’s flat individual income tax rate will be reduced from 5.25 to 4.99 percent. The rate will be reduced further each year until it reaches 3.99 percent starting January 1, 2027. If no other state lowered rates below that level in the interim, this would tie North Carolina with Ohio for the fourth-lowest top (or flat) rate, trailing only North Dakota (2.9 percent), Pennsylvania (3.07 percent), and Indiana (3.23 percent) among the 41 states with income taxes.

Specifically, the standard deduction will rise by $2,000 starting in 2022 for single filers and those who are married filing separately. Head of household filers will see a $3,000 increase, and married couples filing jointly will see a $4,000 increase.

Also in 2022, North Carolina’s income-tested child deduction will increase by $500 per child for qualifying taxpayers. Under current North Carolina law, a taxpayer can claim the child deduction only if their adjusted gross income (AGI) does not exceed $60,000 (single and married filing separately), $90,000 (head of household), or $120,000 (joint filers). Eligible taxpayers receive a state child deduction for each child who qualifies for the federal child tax credit. The current maximum deduction is $2,500 per child, and it phases down as income rises. Under the new law, each qualifying taxpayer will see their deduction rise by $500 per child, and eligibility will be expanded to taxpayers with AGI not exceeding $70,000 (single and married filing separately), $105,000 (head of household), and $140,000 (joint filers).

On business taxes, the budget simplifies North Carolina’s franchise tax base, starting January 1, 2023, in a manner that will reduce franchise tax liability for many businesses. Instead of requiring businesses to calculate their liability under three different bases and remit under the base that generates the highest tax liability, businesses will remit based on their North Carolina-apportioned net worth. North Carolina is currently one of only 16 states that levies a capital stock tax at all. These taxes on business net assets are economically harmful because they disincentivize the accumulation of wealth, or capital, in a state. North Carolina’s franchise tax is levied in addition to its corporate income tax, adding a duplicative layer of tax and compliance burdens for many firms.

While the franchise tax, which is a much more significant source of revenue than most similar taxes elsewhere, is unusual and compares unfavorably with peer states, North Carolina’s overall tax competitiveness continues to improve. The latest reforms only cement the state’s status as a national leader in tax reform and overall tax competitiveness.

Gautam Adani calls off $2.5 billion equity sale as regulatory concerns grow
Senators call on PCAOB to toughen crypto audits
The Fair Tax Act, explained: What to know about the Republican plan for a national sales tax, decentralized IRS
Meta and Amazon Stock: Buy These Beaten-Down Giants Before Earnings?
Here are 5 things to know about filing a tax return this year