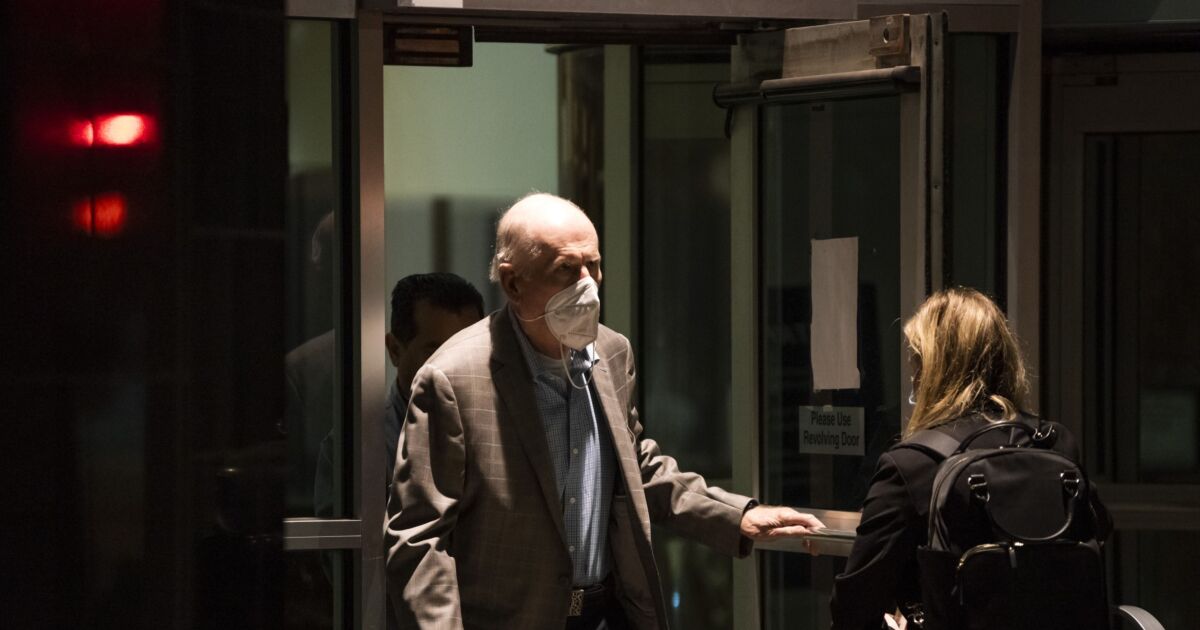 Nine brain scans of billionaire Robert Brockman suggest he has Alzheimer’s disease that is getting worse, an expert witness testified Tuesday at a hearing to determine if the software mogul is competent for trial on charges that he evaded taxes on $2 billion in income.

Christopher Whitlow, a neuroradiologist at Wake Forest School of Medicine, analyzed studies of Brockman’s brain done between 2018 and September to assess whether he has dementia, as defense lawyers claim. Whitlow, a defense witness, testified that those images, taken together, show that Brockman has Parkinson’s disease and appears to have Alzheimer’s disease as well.

“You’d be very, very confident that he has Alzheimer’s disease,” Whitlow said in federal court in Houston.

Prosecutors have argued that Brockman, charged in the largest evasion case in U.S. history, has been exaggerating his condition. But Whitlow, testifying on the seventh day of a competency hearing, said the imaging studies leave no doubt that Brockman’s condition has worsened in the past five months.

“There’s been quite a lot of progression of the disease in a short period of time,” Whitlow said.

U.S. District Judge George C. Hanks Jr. will rule within two months on whether Brockman is competent to stand trial. Hanks asked several questions of Whitlow, who analyzed brain images taken by positron emission tomography and magnetic resonance imaging. Those images show that Brockman’s brain has gotten smaller, that the areas dealing with memory and decision making are damaged, and that he has amyloid proteins that are often markers of Alzheimer’s, Whitlow said.

Hanks asked if the damage to the brain had a quantifiable effect on brain function. Whitlow said there is not a direct correlation.

“You can have very small changes in the brain that have a profound effect on cognitive function,” Whitlow said. Larger changes can have a small effect, he said. “It’s about location, location, location,” he said. With Brockman, he said, the disease is spreading through an “aggressive, progressive” process.

On cross-examination by prosecutor Christopher Magnani, Whitlow conceded that all physicians have bias. Magnani suggested why Whitlow rejected a study ordered by defense lawyers showing that in July 2021, Brockman’s brain volume ranked in the 34th percentile of the population. Whitlow said he discounted that report because he doesn’t know who was used as a comparison population.

Magnani asked Whitlow if he had reviewed emails showing “a high degree of cognitive function throughout 2020?” Whitlow said he had not.

Brockman was the chief executive officer of Reynolds & Reynolds, which makes software for auto dealers, until after his indictment in October 2020.

There’s Still Room for Responsible State Income Tax Relief in 2023
Bottles, Diapers, and 7 Tax Benefits: Life with a Newborn
Amid food inflation, more shoppers turn to dollar stores for groceries
Auto loan delinquencies are rising. Here’s what to do if you’re struggling with payments
State and Local Sales Tax Rates, 2023