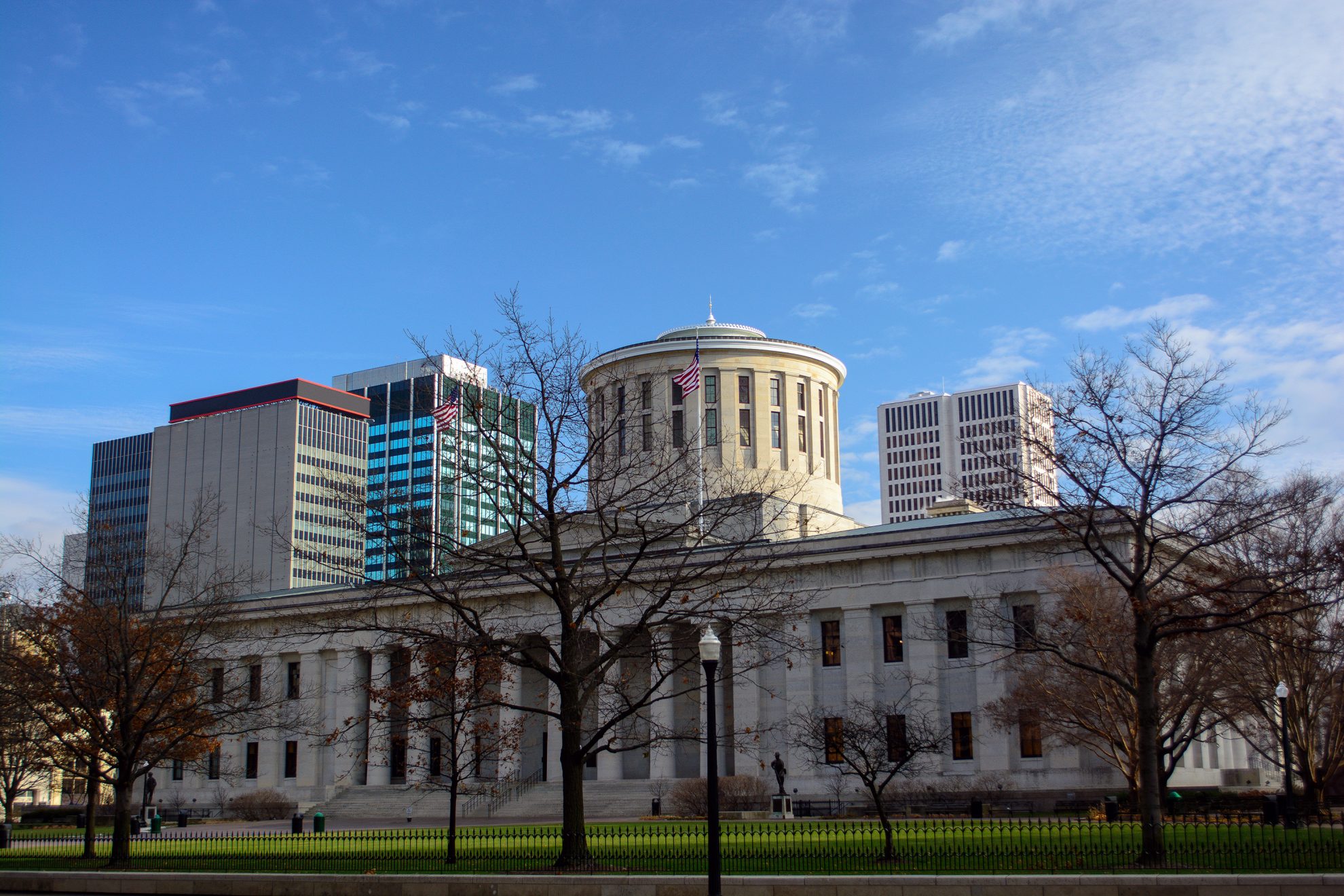 Coming out of the pandemic, the state of Ohio is estimating significant tax revenue growth, and a group of Ohio lawmakers is looking to take advantage and repeal the Commercial Activity Tax (CAT). Ohio’s CAT, implemented in 2005 as part of tax reform that lowered and consolidated business taxes, is one of only a few gross receipts taxes still levied in the country. These taxes are uniquely uncompetitive, discourage investment in the state, and drive inefficient business decisions divorced from economic merit. They were once common, but now largely have been repealed.

Gross receipts taxes were nearly done in by a consensus that levying a tax on the basis of gross revenues was inequitable, promoted otherwise inefficient economic decision-making, and impeded growth. Today, most states levy corporate income taxes, which are on net income (essentially profits)—income after expenses, like employee compensation and production or acquisition costs. Corporate income taxes have an “ability to pay” component, as they’re (imperfectly) levied on what’s left after expenses. A gross receipts tax, like Ohio’s CAT, is based on gross revenue.

Ohio’s CAT is imposed at a rate of 2.6 mills (0.26 percent) on business gross receipts in excess of $1 million. Additionally, a tiered minimum tax is imposed on all businesses with taxable gross receipts of $150,000 or more, at amounts ranging from $150 for filers less than $1 million in receipts to $2,600 for filers with more than $4 million in receipts. As a gross receipts tax, the CAT is levied on the entirety of a company’s Ohio business receipts, without deductions for compensation, costs of goods sold, or other expenses. During fiscal year 2020, CAT collections were approximately $2.0 billion.

The tax casts a broad net, applying to any person or business which “owns or uses any capital in Ohio, is authorized to do business in Ohio, has bright line presence, or can otherwise be reached by Ohio for taxation under the U.S. Constitution.” (Ohio’s Department of Taxation considers businesses to have “bright line presence” if they own a certain amount of property, have a certain amount of payroll, or a certain amount of sales in the state.) Because profit margins vary widely across industries and even across individual businesses, and because intermediate transactions are taxed under the CAT, businesses can face wildly disparate effective tax rates. Indeed, there is a broad consensus that gross receipts taxes are non-neutral and economically destructive, and such taxes had largely fallen out of favor in the modern era.

The numbers above represent the average effective rates on profitable businesses. They indicate that gross receipt taxes provide an advantage to businesses with high profit margins or considerable vertical integration, while they penalize companies with narrow margins or multiple transacted stages of production. Moreover, unprofitable businesses technically experience an infinite tax rate under the CAT. (When profits are negative and businesses still pay the tax, the effective tax rate technically becomes infinite in relation to the profits.) This is one of the major issues with gross receipts taxes—they are completely divorced from whether a business has the ability to pay. As such, they can be extra burdensome in times of economic distress, or to startups which often experience losses in the first years of operation.

However, the factors which led states to abandon gross receipts taxes in the first place have not changed: being so non-neutral, burdensome, and lacking transparency. For these reasons, the CAT negatively impacts Ohio’s rank in our annual State Business Tax Climate Index, which measures tax structures—how a state levies taxes. Last year, Ohio ranked 39th overall but 42nd for corporate tax design.

The damage caused by the CAT is recognized, but the solution so far has been the use of credits. The problem with credits and carveouts is that they act like bandages—they are not a long-term solution. In FY 2021, the state expects to forgo almost $700 million in revenue due to incentives. About $220 million is from the exclusion of the $1 million of taxable receipts, but over $300 million is from job creation and R&D incentives as well as a credit for qualified distribution centers (almost $200 million).

A good example of the problem with incentives is the tax treatment of distribution centers in Ohio. According to Tax Foundation’s study Location Matters, which analyzes effective tax rates by state and industry, Ohio ranks best in the nation for new distribution centers. In other words, Ohio has the country’s lowest combined effective tax rate on new distribution centers. As the center matures and no longer qualifies for the incentives, such a business will experience a significant tax increase (ranking 28th). This kind of cliff could impact businesses’ long-term investment plans. Ohio would be more attractive for investors if the CAT were phased out.

Now may be an opportune time to consider reform of Ohio’s corporate tax system. The state is projecting growth in the current and forthcoming fiscal years. In June 2021, Ohio’s Legislative Service Commission estimated that general fund revenue would increase by 1 percent from FY 2021 to FY 2022 and by over 3 percent from FY 2022 to FY 2023. Estimates for FY 2022 and FY 2023 are around $1.2 billion higher than estimates from the beginning of this year. In other words, Ohio does have some capacity to reform taxes, including reforms that reduce collections.

Despite projected growth, repealing a tax that generates a significant portion of the state’s revenue (6.7 percent in FY 2020) is no small feat, but Ohio has done it before. The reform that introduced the CAT was a significant tax reduction as it replaced three previous levies: a corporate income tax, a capital stock—or franchise—tax, and the taxation of business tangible property. It is important to bear in mind, moreover, that while the CAT raised approximately $2 billion in FY 2020, under repeal, some of that revenue could partially be further adjustments to the tax treatment of commercial activities. Currently, pass-through businesses can deduct the first $250,000 from income taxation—a measure that, at least partially, offsets double taxation. According to the state’s tax expenditure report, the  deduction was worth more than $665 million in FY 2021, and revising the business income deduction is a potential partial pay-for.

One way to guarantee that growth targets or spending reductions are met in line with the reduction in tax revenue is to use triggers. For transparency, this could be combined with reductions in the tax rate by 20 percent each year instead of 20 percentage point reductions to the tax base. All else being equal, rate reductions are more straightforward than deductions, and harder to reverse.

The cat is out of the bag on gross receipts taxes: they harm states’ competitiveness and result in non-neutral tax treatment. Ohio would improve its competitiveness through repeal of the CAT. Despite offering some revenue stability, gross receipts taxes do more harm than good to the economy. Currently, Ohio has some financial capacity to revisit the CAT, and phasing it out would encourage increased investment and economic growth in the Buckeye State.

Hochul’s budget proposes tax break for office conversions
Paper Shopping Bags for Your Business
Don’t risk a tax audit. Here are four reasons the IRS may flag your return
Roth IRA ‘five-year rule’ can trigger an unexpected tax bill: Here’s what you need to know
Auto loan delinquencies are rising. Here’s what to do if you’re struggling with payments