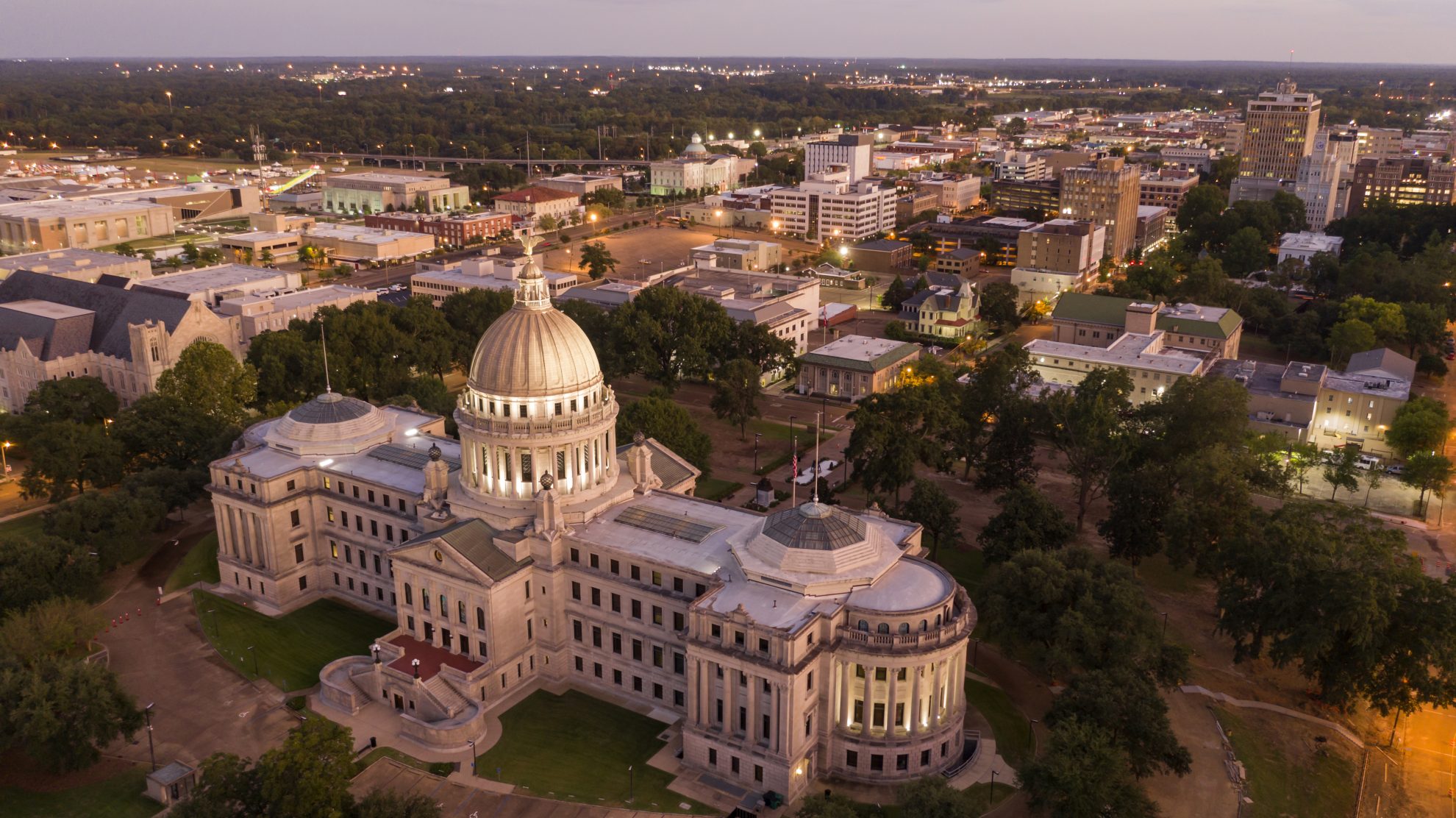 Thanks to increased tax revenues from higher consumer spending, sustained economic growth, and both the primary and secondary effects of federal COVID-19 relief programs, many states are flush with cash, and a significant number have used at least some of their surplus to provide tax relief. Many Mississippi lawmakers would like to join them.

As part of Republican Gov. Tate Reeves’ budget proposal, Mississippi policymakers will once again consider a plan to eliminate the state’s individual income tax. Under the governor’s proposal, the 4 percent bracket, imposed on the range of $5,000 to $10,000 of taxable income, would be eliminated in 2023, along with a portion of the 5 percent bracket, which kicks in at $10,000. Under the Taxpayer Pay Raise Act, adopted in 2015, the lowest (3 percent) bracket, on taxable income below $5,000, is already scheduled for elimination next year.

To compensate for the change in revenue, the governor’s plan relies  almost entirely on the state’s $1 billion budget surplus from FY 2021. Then, to ensure the reduction can be sustained, future budget growth would be capped at 1.5 percent per fiscal year.

There are many reasons to believe that income tax reduction in Mississippi would yield positive economic benefits, and policymakers’ instincts there are correct. Income tax reduction is good for economic growth, because tax rates influence how much people work. All things being equal, it also makes a difference in where people choose to live. However, budget sustainability will be essential to realize the full potential of any tax cut. That could prove challenging given the individual income tax accounted for $1.9 billion in revenue, or 33 percent of the state’s total general fund receipts, in FY 2019.

Unlike previous income tax repeal plans, the current plan would eliminate the individual income tax without adjusting other tax rates or bases. House Bill 1439 (which passed the Mississippi House of Representatives this year) proposed a 2.5 percentage point increase to the state sales tax to offset revenue losses associated with a substantial income tax rate reduction, with the aim of ultimate repeal. Here, Gov. Reeves makes clear that no direct revenue offsets are being considered, though presumably he hopes for increased revenues from other taxes, and from population growth, to help offset some of the revenue loss. While tax reductions are certainly helpful for economic growth, and states without individual income taxes are particularly attractive for relocations, Mississippi lawmakers certainly should not expect higher sales tax or other revenues to replace the revenue forgone by income tax repeal.

When people make decisions, they most often do so on the margins. In the workplace, they consider the trade-off of working one more hour, one more day, or one more week. Individual preferences—including the value of time—will vary, but on average, if the benefits of working an additional term outweigh the cost of giving up that time to do something else (e.g., leisure), people will choose to work. Marginal tax rates exist in that paradigm. This is particularly important for small businesses, most of which are pass-through entities and taxed under the individual income tax. Domestic migration—for both individuals and businesses—can also be driven by tax systems.

All else being equal, people will opt to reside where they can generate the greatest return to their labor. This should mean that the state with the lowest income tax rate will attract the largest number of residents. In practice, other factors also impact domestic migration. Income tax policy may be eclipsed by a business’s requirements for infrastructure or access to technology. Others may prioritize access to human capital or local property tax rates. Even if taxation were the single largest weight on the residency decision scale, a basket of other preferences may still tip the balance out of a state’s favor. These observations do not negate the economic importance of sound income tax policy, but they caution against relying too heavily on one reform for economic growth to the exclusion of all others.

In tax reform as in program creation, policymakers should be cautious about inadvertently fashioning unfunded liabilities. Presently, the United States is dealing with an inflation rate unseen since 1990. Government is not immune to these effects. Like any other consumer, revenue growth must match the inflation rate if purchasing power is to remain constant. The wrong timing or wrong combination of revenue reductions and spending restrictions could make service delivery especially challenging. Even if price inflation returns to the Federal Reserve’s target rate of 2 percent, a 1.5 percent increase in Mississippi’s annual budget would still result in a 0.5 percent budget cut in real terms. Some states have high levels of spending that might well be reduced, whereas there may be much less room to cut in Mississippi.

Ultimately, it is up to Mississippi policymakers and their constituents to decide how many and what type of government services the state should provide. Lawmakers are right to key in on the income tax as an appropriate vehicle for tax relief given the state’s robust revenue growth, and to see a reduction or elimination of the income tax as a pro-growth choice, particularly in this increasingly mobile era. Phased reductions of rates subject to revenue availability can be a good approach, and policymakers must decide how much revenue growth to dedicate to this project, and how much—if any—to constrain the growth of government in doing so.

As lawmakers debate the benefits of income tax repeal, they should be clear-sighted about the trade-offs. One way to reduce reliance on the income tax is to shift part of the tax burden to a less economically harmful tax, as lawmakers have considered previously. (We evaluated prior proposals here.) If, alternatively, lawmakers concur with the governor’s approach of phasing in rate reductions without replacement revenue, they must be clear-eyed about the pace—and sources—of that tax relief. Given the current revenue trajectory, there is room for tax relief without offsetting increases elsewhere, but “getting to zero” would require strict fiscal discipline, and difficult choices within the state’s budget.

Income tax reduction can be an effective treatment for economic ailments, but it tends to fall short as a panacea. Income tax relief is, after all, an instrumental goal, not an ultimate one: the ultimate goal is economic growth and prosperity, so how a tax is paid for—what revenue offsets, or what spending reductions—remains an important consideration. Mississippi lawmakers should deliver tax relief in 2022, but they need not take an all-or-nothing approach. There are many ways to improve the state’s tax code, even if full income tax repeal doesn’t remain on the table.