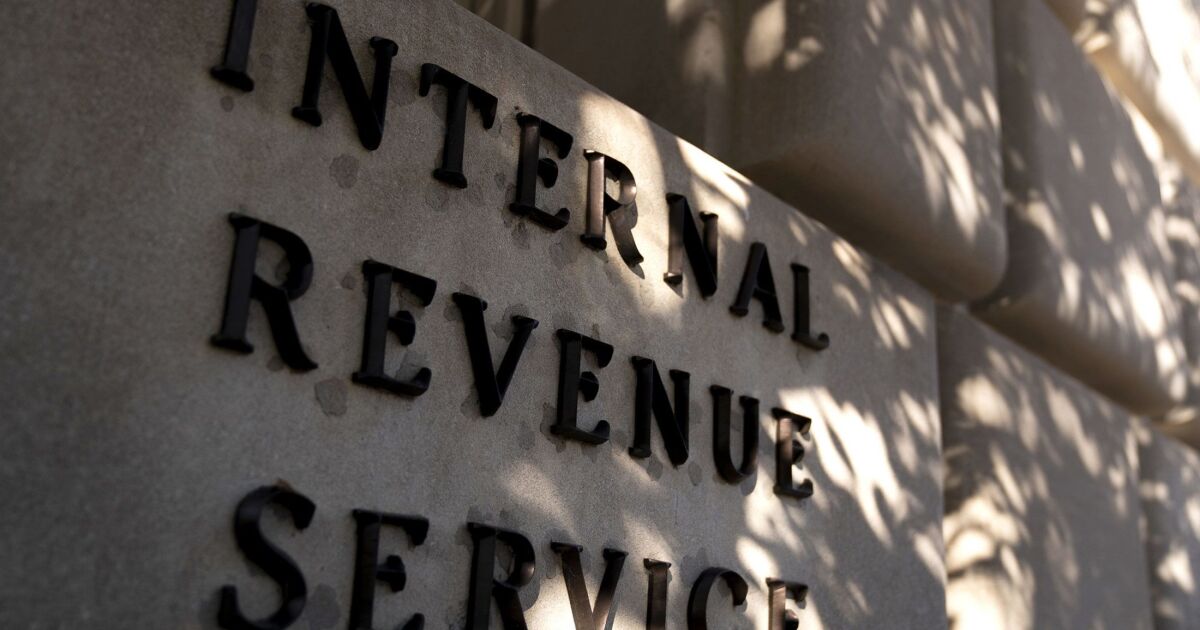 The National Society of Accountants has sent a letter to Internal Revenue Service commissioner Charles Rettig and leaders of Congress’s main tax committees asking the IRS to speed up the refunds for 2019 and 2020 tax returns and communicate better.

The group cited a recent op-ed by Rettig in the Washington Post in which he pleaded for more funding from Congress. But the NSA also asked for the IRS to do more with the funds it’s been receiving.

“NSA strongly agrees with the commissioner that there is, indeed, a crisis occurring involving the IRS, taxpayers and practitioners, much of which can be attributed to insufficient funding,” wrote NSA president Marchelle Foshee and managing director of public policy Jessica Jeane in a letter Monday. “Therefore, we strongly encourage Congress to fund the IRS more adequately and consistently. The steady increase of responsibility that Congress continues to legislatively place upon the IRS year-after-year greatly exceeds the declining and often stagnant appropriations for the agency. That said, however, the IRS must also do its part to rectify the situation. To that end, it is equally vital for the IRS to recognize its own shortcomings in communication during this ongoing crisis. Taxpayers and practitioners need the IRS to be more transparent and forthright about the status of its operations. Reporting out that the agency is ‘caught up on mail,’ for example, does not equate to such correspondence being processed and resolved. And while providing general backlog estimates may help paint a picture of the problem, it shines little to no light on taxpayers’ specific concerns.”

The NSA pointed out that the IRS is continuing to lag in its processing and issuing of refunds for 2019 and 2020 returns and it called for more transparency and improved communication from the IRS to alleviate the growing frustrations and fears among tax and accounting professionals about the 2022 tax filing season.

“Often, taxpayers and practitioners either cannot reach the IRS or receive confusing and inaccurate information,” they wrote. “Frustrations within the tax and accounting professional community are at an all-time high, and fears among practitioners about how the upcoming 2022 tax filing season will unfold, when many 2019 and 2020 tax returns remain unresolved, are based firmly in reality.”

Until the IRS can more efficiently communicate with taxpayers, the NSA is asking the IRS to stop all automatic collection notices and actions of liens and levies (at least for certain categories that have low compliance risk) until the agency has completed its backlog of opened yet unprocessed mail; as well as provide taxpayers with targeted, automatic relief from the underpayment of estimated tax penalties and late payment penalties for the 2020 tax year. They also want the IRS to use its IRS.gov website to more frequently and specifically provide updates on the status of operations for taxpayers and practitioners. “These updates would include current processing times for various categories of returns and replies to correspondence and notices,” said Foshee and Jeane.

The American Institute of CPAs also has been asking the IRS to improve its processing and responsiveness. During an online meeting Monday of the AICPA Tax Division, AICPA officials made the case directly to several IRS officials, including Holly Paz, deputy commissioner of the Large Business and International division, and Fred Schindler, director of collection policy at the IRS’s Small Business/Self-Employed division, and National Taxpayer Advocate Erin Collins.

One sore point has been the automated collection notices. “We know that as folks are living through the pandemic that there are a lot of financial difficulties there,” said Schindler. “One of the things that we’ve been doing is to be very conscious of other relief programs that have been going on in government. You see some guidance out there asking our employees, particularly our field employees, to be very conscious of that and make sure that they are being very thoughtful and deliberate about their collection activity.”

“Why do we have the system continuing to spit out notices and move forward if, for example, something there is favorable to taxpayers,” said Collins. “Not every collection notice is there a request for the taxpayers to do something, but when there is you can reach out to a revenue officer or the 800 number or something else. We should be able to put a suspension for a lot longer than six, eight, nine weeks, whether it be six months or until some action takes place. It’s been discussed, but they haven’t agreed to that yet, needless to say. It’s the same thing on the IRS side. It’s what I call the ‘one and done.’ They’ll send you a notice and if you don’t respond, they’re done with you. With the phones and the issues that have come out with taxpayers, we need to give people a little more flexibility before we take that next step. … We need to give people, especially the IRS, time to process whatever the request is, before they move forward on collections.”