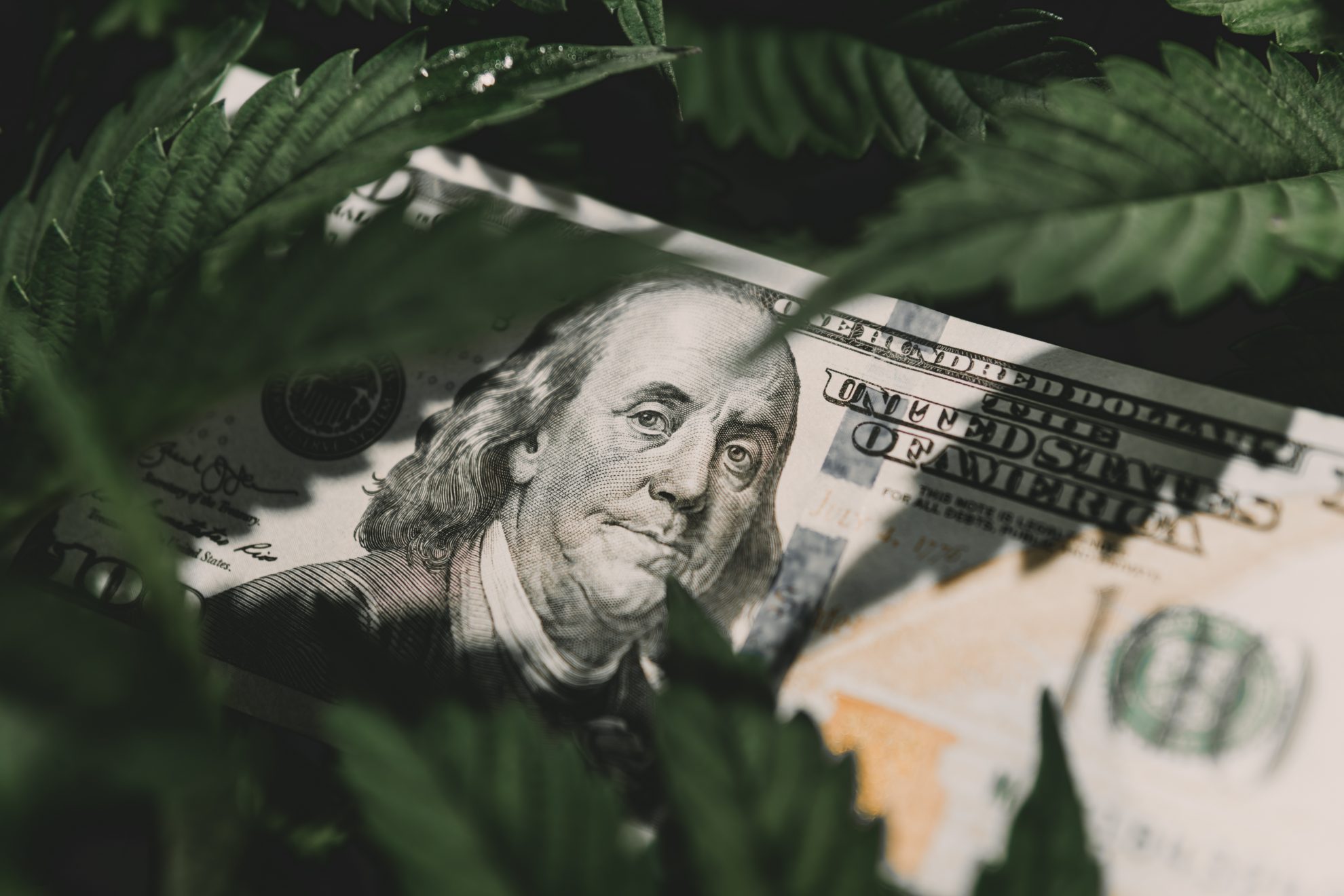 Today, Representative Nancy Mace (R-SC) released the States Reform Act, which would deschedule, regulate, and tax cannabis products with a novel federal excise tax design—based on quantities and predefined categories, not dissimilar from how the federal government taxes alcohol and tobacco. Rep. Mace’s bill would impose a tax of 3 percent on the removal price of cannabis products. That’s significantly lower than the rates suggested in the other bills introduced this year to deschedule and tax cannabis: the MORE Act (8 percent rate) and the Cannabis Administration and Opportunity Act (CAOA, 25 percent rate).

Arguably, the biggest impact on existing cannabis businesses would not be a new federal tax. Today, due to its Schedule I status, cannabis products cannot cross state borders, and as a result, all products must be grown, processed, sold, and consumed within state borders. Descheduling would create a national market where products grown in Oregon can be processed in Colorado and sold in New York. This would revolutionize markets in states, which, given the federal prohibition, are currently able to discriminate against interstate commerce. Descheduling would mean that state laws can no longer do so, as it would violate the Dormant Commerce Clause of the U.S. Constitution.

The bill is a discussion draft, similar to the CAOA in the Senate. While unlikely to pass in its current form, it is the first comprehensive cannabis bill introduced by a Republican in Congress, and it could pave the way for a future bipartisan effort to reform cannabis legislation.

Even if it is not the most important aspect of the bill, the tax design is still very important. Mace’s bill establishes six taxable categories and instructs that the Secretary of the Treasury can create more if needed. (The main risk with this design is the potential of an ever-increasing number of categories.) The tax would be levied at 3 percent of product category’s removal price (price when leaving the producer or a bonded warehouse) during the prior federal fiscal year. The applicable removal price would be determined based on type of product:

Revenue would be allocated to the Law Enforcement and Second Chances Fund, which would fund community reinvestment, drug treatment, education, law enforcement, support for veterans, opioid addiction treatment, youth use prevention, and the Small Business Administration. The bill also establishes a 10-year moratorium on tax increases, which can only be waived by three-quarters vote in both houses of Congress.

This design turns the price-based (ad valorem) rate into a de facto quantity-based (specific) tax, since the levy would work by establishing an annual tax rate based on prices in the previous federal fiscal year, and taxpayers would calculate their liability on quantity. For four of the categories, the base is weight and for two the base likely would be potency. For example, if in fiscal year 2023 cannabis flower’s removal price is $50 per pound (454 grams), cannabis businesses would pay $1.50 per pound of flower in taxes the following year. While it is not ideal to rely on prices to set the rate, it is highly encouraging that liability would be based on quantity. We have written extensively on the need to design cannabis taxes based on weight and potency, since those are superior proxies for negative externalities.

The creation of categories avoids some of the biggest issues with price-based taxation, as it guarantees that comparable products are taxed at the same rate regardless of price. Under a pure price-based tax design, an expensive THC-containing chocolate bar would be taxed at a higher rate than a cheap THC-containing chocolate bar—even if they contain the exact same amount and quality of THC. (Tetrahydrocannabinol is the main psychoactive compound and is generally used to define potency of the marijuana product, even though there are other compounds in the plant which may influence the effects on the user.) Taxing the value of the product is not an excise tax’s job—capturing value should be left to sales and income taxes.

Rep. Mace’s design does not eliminate all issues, however. Treasury will still need to establish a tax rate each year based on the prior year’s removal price. That is far from a simple task and could easily develop into an administrative headache. Many products may move through vertically integrated value chains, meaning that no arms-length transaction’s removal price would exist. Establishing value when no transaction has taken place is problematic and issues surrounding transfer-pricing are often debated in tax policy. Relying on price also harms the stability of the revenue. Interstate commerce is all but certain to result in substantial price declines and having a rate that follows those prices would negatively impact revenue generation. Both issues could be resolved by setting a fixed rate per category similar to how almost all other federal excise taxes are designed.

In addition to impacting prices, interstate commerce will make tax collection more complicated for all states, but several states could be uniquely exposed to the effects of federal reform. For instance, some states levy taxes on cultivators without offering exemptions for products exported, and under a federal framework that allows interstate sales, those taxes could hurt the states’ competitiveness by increasing costs for in-state cultivators. For the majority of states that apply ad valorem taxes at retail level, a federal ad valorem tax imposed before retail would compound and result in tax pyramiding; the federal tax would be embedded in the sales price taxed by the state.

An often overlooked part of excise taxation is tax definitions. The States Reform Act applies a very narrow definition of cannabis, which may create loopholes and inequities. Under the definition in the bill, which exempts hemp, only products containing delta-9 THC would be taxed. The issue is that delta-8 THC, also an intoxicant, can be extracted from hemp. It may be appropriate to change the definition of hemp to ensure that all THC is taxed equally.

The main tax complexity introduced by the bill, however, relates to a tax exemption for medical cannabis. While medical products arguably should not be taxed when the purpose of the tax is to internalize negative externalities, there is no uniform regulatory framework for what constitutes medical cannabis in the states. Normally, the Food and Drug Administration (FDA) determines what constitutes a medical product through its three-phase application process. The States Reform Act grandfathers existing businesses and products into the new federal system, which would grant a massive competitive advantage over recreational products to those given a medical designation in any state and override other states’ more restrictive designations. New products coming to market would be subject to FDA review.

Excise taxes are not the only taxes cannabis businesses and consumers pay, and federal descheduling of cannabis would have a profound impact on income tax treatment of cannabis businesses as well. Existing businesses would benefit from descheduling by no longer being subject to Section 280E of the Internal Revenue Code, enacted in 1982 to deny the deduction of business expenses to those selling drugs on Schedules I and II of the Controlled Substances Act. While intended to stop illicit sellers from deducting expenses like guns and yachts used in smuggling operations, the IRS applies it to state-authorized marijuana retailers, which hurts taxpayers trying to comply with the law and creates a competitive advantage for the illicit operators that Section 280E was enacted to penalize.

This particular section of the tax code limits the deductions businesses can take when calculating their income tax liability. Traditional businesses can deduct ordinary expenses such as rent, marketing, utility costs, and payroll, but marijuana businesses are limited to deducting cost of goods sold (COGS). Cultivators have had an easier time than retailers as more expenses are directly associated with COGS. The unfavorable treatment of state-legal businesses has resulted in retailers selling marijuana experiencing effective tax rates well above 70 percent.

Levying a federal excise tax on recreational cannabis to internalize externalities associated with consumption can be legitimate if the tax is well designed. Designing such a tax will require careful considerations of trade-offs.

Unlike other widely used consumer products, cannabis use has been practically prohibited for almost a century (since the Marihuana Tax Act of 1937)—yet there are millions of users in the country today. Moreover, the federal government is late to the game. Eighteen states have already passed legislation to issue licenses and tax cannabis sales. High federal taxes risk creating problems in states that already levy high taxes on cannabis businesses and consumers. The success of the reform depends on competitive and, importantly, readily available alternatives to illicit products.

64% of Americans are living paycheck to paycheck — here’s how to keep your budget in check
Buy this Soaring Tech Stock Up 100% in the Last Year for More Upside?
How Itemized Deductions Work
Wait until age 70 to claim Social Security: ‘The return on being patient is huge,’ says economist
Bottles, Diapers, and 7 Tax Benefits: Life with a Newborn