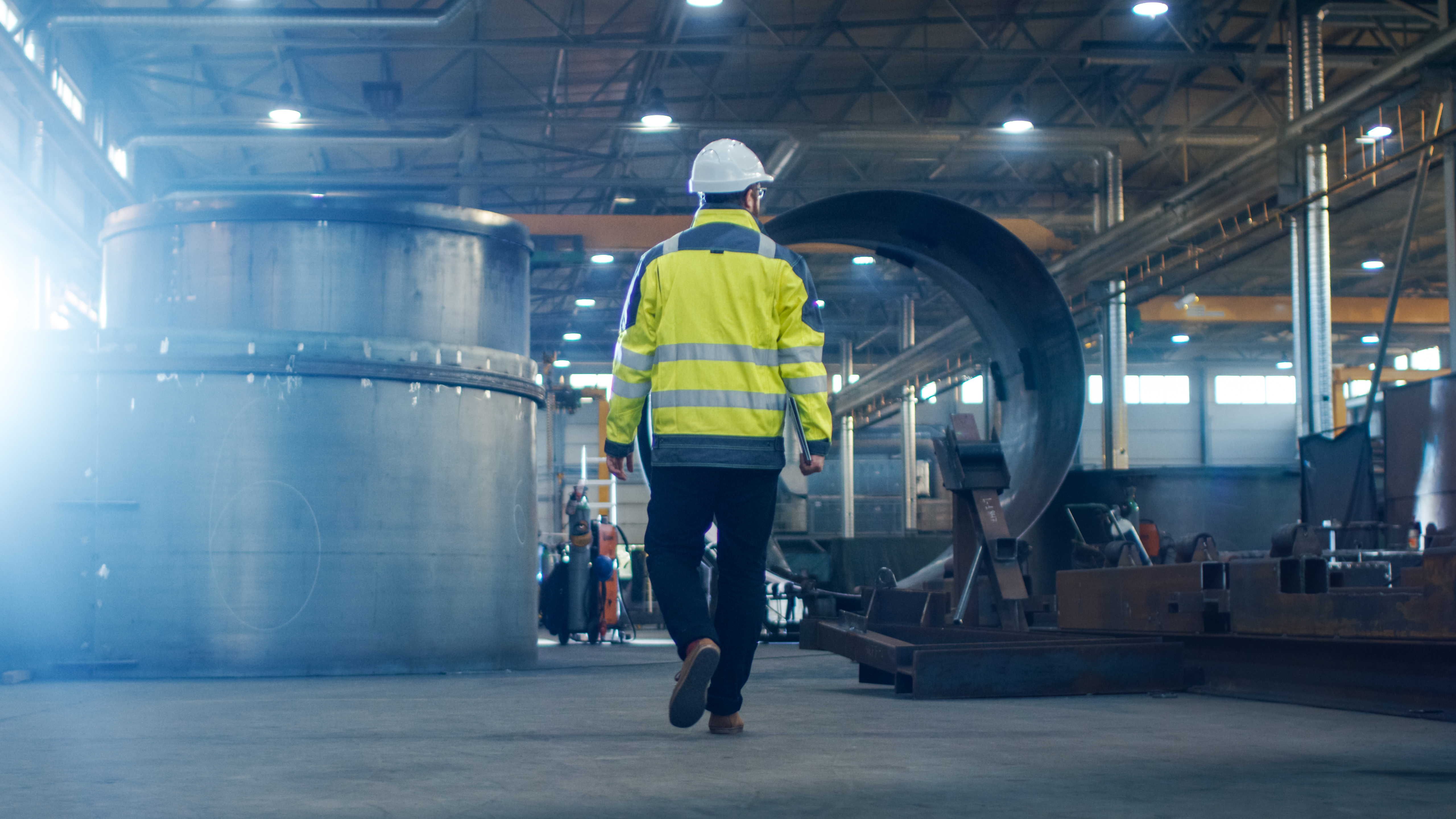 As Congress debates next steps on the tax provisions in the Build Back Better Act proposed in the House Ways and Means Committee, it is important to consider the economic impacts, which include reduced economic output, wages, and jobs. Due to the plan’s economically costly and inefficient tax increases, we find that long-run GDP would drop by more than $2 for every $1 in new tax revenue.

Using Tax Foundation’s General Equilibrium Model, we estimate that the Ways and Means tax plan would reduce long-run GDP by 0.98 percent, which in today’s dollars amounts to about $332 billion of lost output annually. We estimate the plan would in the long run raise about $152 billion annually in new tax revenue, conventionally estimated in today’s dollars, meaning for every $1 in revenue raised, economic output would fall by $2.18.

When the model accounts for the smaller economy, it estimates that the plan’s dynamic effects would reduce expected new tax collections to about $112 billion annually over the long run (also in today’s dollars), meaning for every $1 in revenue raised, economic output would fall by $2.96.

The tax plan’s effects on GDP and revenue would build up over several years to reach the long-run equilibrium, with a majority of the adjustment occurring within the 10-year budget window (2022-2031). Starting with a 0.09 percent drop in GDP in the first year (about $20 billion) and building to a 0.64 percent drop in GDP by 2031 (about $212 billion), the plan would result in a cumulative GDP loss of nearly $1.2 trillion from 2022 through 2031, as shown in the following Figure. 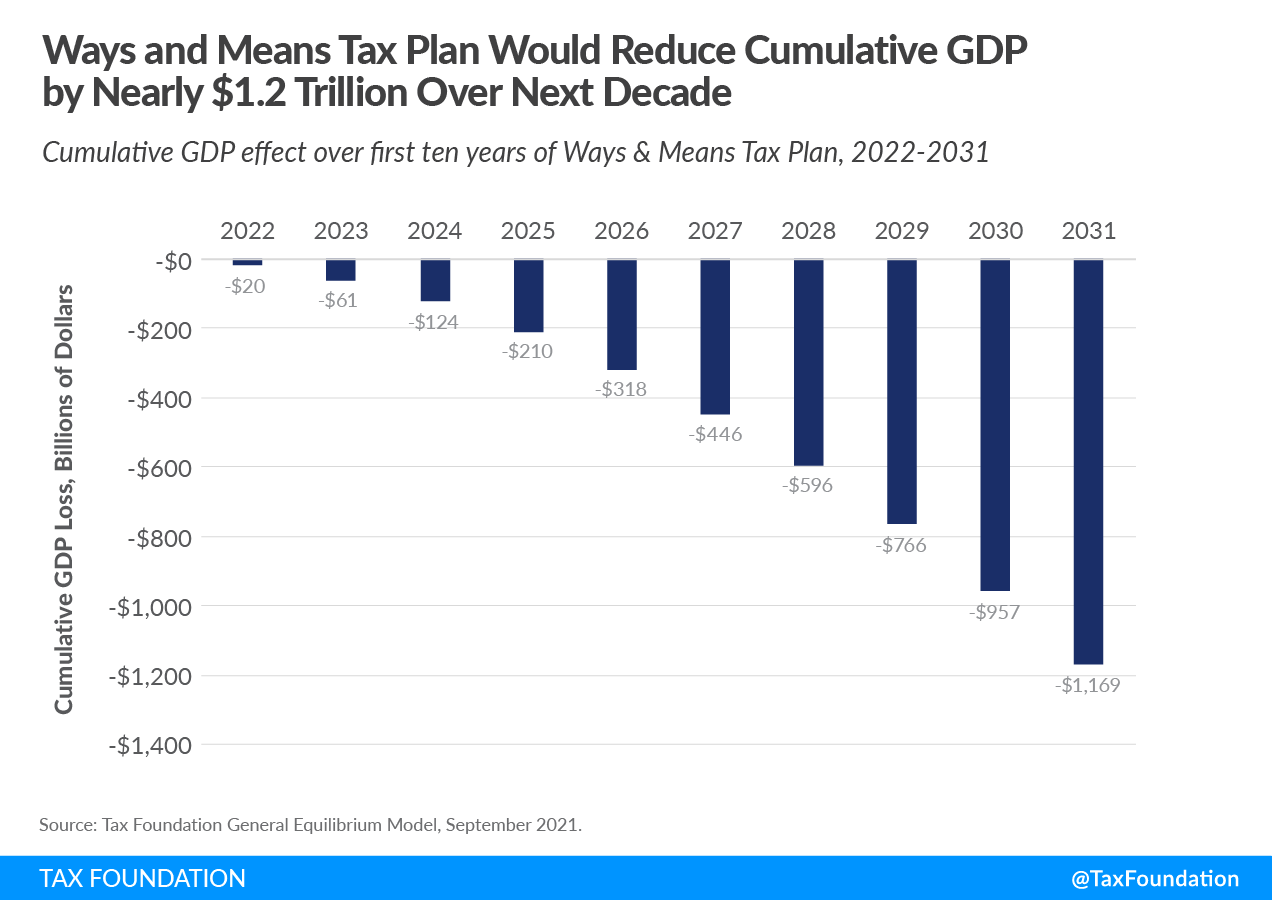 The nearly $1.2 trillion in lost GDP exceeds the amount of revenue the plan would raise over the same 10 years—nearly $1.1 trillion on a conventional basis and $804 billion on a dynamic basis after accounting for the smaller economy. In other words, for every $1 raised over the next decade, about $1.10 is lost in economic output. This ratio is smaller than the long-run effect because over the first 10 years, the economic impact is still phasing in.

The adjustment path for GDP over the 10-year window is based on the time it takes to turn over the capital stock. By the 10th year, the economy has felt about 60 percent of the long-run impact of the tax changes.

This process may happen faster if labor and capital adjust more quickly than we have assumed. For example, if we assume 90 percent of the long-run GDP impact is felt in the first 10 years, then the cumulative GDP loss resulting from the plan would amount to $1.8 trillion over the budget window.

The Ways and Means tax plan reduces economic output by reducing the after-tax return to investment opportunities for firms and the incentive to work through higher tax rates on labor income. More than half of the plan’s economic impact is due to increasing the tax burden on corporations, which is the most economically costly way to raise revenue. The Organisation for Economic Co-operation and Development (OECD) found that the corporate income tax is the most harmful tax for economic growth, and academic research suggests that workers, especially low-skilled, women, and the young, are negatively impacted through lower wages.

Even before accounting for a smaller economy, taxpayers earning less than $400,000 would see lower after-tax incomes due to higher corporate taxes and higher taxes levied on nicotine and cigarettes.

We can visualize how the economic harm of the tax plan impacts after-tax incomes by comparing the conventional distributional impact of the tax changes, which holds the size of the economy constant, to the dynamic distributional effect that includes the impact of a smaller economy on incomes. The following table shows the average change in after-tax income per filer for each income quintile.

The economic harm caused by the tax increases would claw back some of the plan’s expanded tax credits aimed at low- and middle-income families. For those in the bottom 20 percent, it would reduce the average net benefit of the plan per filer from $341 to $233, a 30 percent reduction.

5 Spectacular Earnings Charts
For Freelancers, New Federal Help in Saving for Retirement
Your Investment Lost Money Last Year. So Why the Big Tax Bill?
Record high share in U.S. report delaying medical treatments due to costs — here’s how you can save on health care
Who wants to live forever?