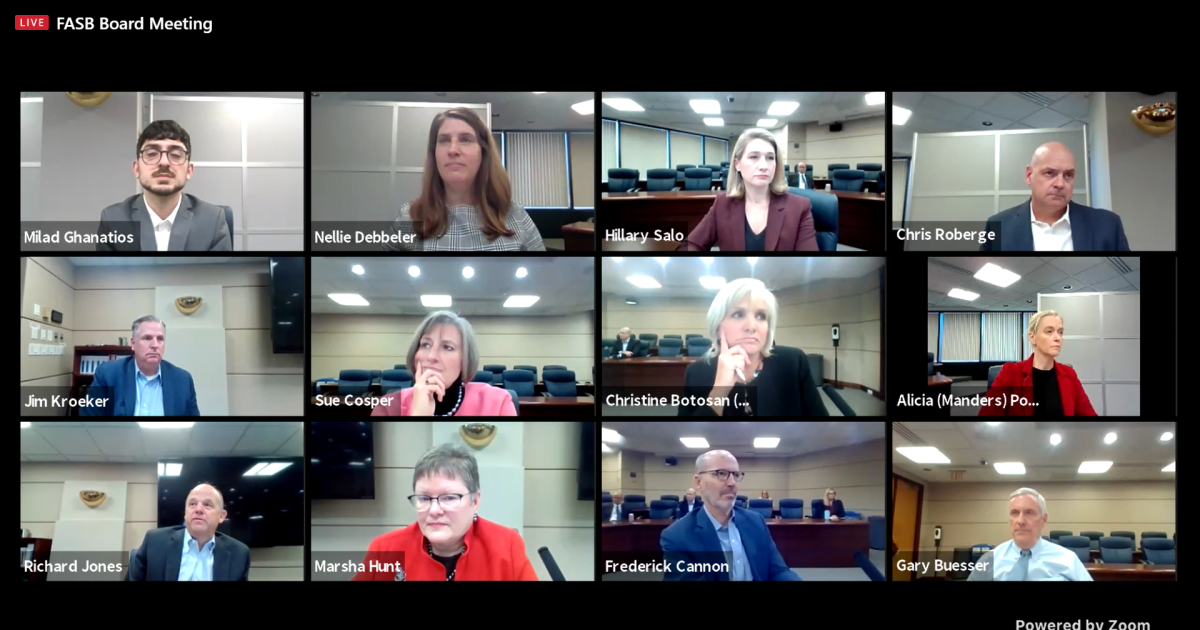 The Financial Accounting Standards Board voted Wednesday against deferring the lease accounting standard for a third time for private companies and not-for-profit organizations.

PICPA had asked for another deferral, pointing out that the COVID-19 pandemic was continuing to cause business disruptions, including constraints in the labor market. Their request also cited concerns about the time and resources needed to comply with critical aspects of the leases standard such as discount rate determination and embedded leases. PICPA also pointed out that because of the significant effect on nonpublic entity balance sheets, time would be needed to review the effect on debt covenants and to potentially work with lenders to waive or modify those covenants. The Pennsylvania CPAs noted in their agenda request that waivers and modifications of debt covenants could be costly and more difficult because the pandemic has forced many nonpublic entities to obtain new sources of financing to survive. In the absence of a deferral, PICPA contended that many nonpublic entities would opt for GAAP exceptions, which could affect their ability to obtain capital. “This is not a good outcome when most private companies are in a capital preservation mode,” said PICPA, according to a handout at the FASB board meeting Wednesday.

FASB’s Private Company Council met in September to discuss the proposal, but generally were not in favor of it. While the practitioner and preparer members of the PCC were sympathetic to the concerns and issues and acknowledged that a significant amount of implementation assistance would be needed from practitioners to help nonpublic entities with their lease accounting, they also pointed out that a shortage of practitioners in the labor market exists and they don’t expect that shortage to improve in the next few years. Both of the financial statement user members of the PCC said they preferred to avoid any further delays and they didn’t want to wait any longer for the information. FASB’s Not-for-Profit Advisory Committee didn’t ask for a delay either.

FASB members voted unanimously against the delay in their meeting Wednesday. “While I’m sympathetic, I don’t think more time really helps with any of those issues other than waiting longer,” said FASB vice chair James Kroeker. “As a person who has the potential to procrastinate in their own life, I love deferrals, but it doesn’t help me, so I think it’s time to move on.”

FASB chair Richard Jones agreed with his fellow board members. “I wasn’t a member of the board when the prior deferrals went through, but as I look back on them, I think they were done for all the right reasons and there was great support for why they were done, and I think the periods were appropriate,” he said. “Unfortunately one of the challenges with multiple deferrals is there’s always the expectation that there’s another deferral coming. One of the reasons I was happy this came in was to take that off the table so people realize there is some certainty of adoption, which I think is important. I am also sympathetic to the challenges and pain that go along with adopting a major standard. I don’t see them getting better with time, though. They will be there two years from now, so I think we’ve come to an appropriate time.”