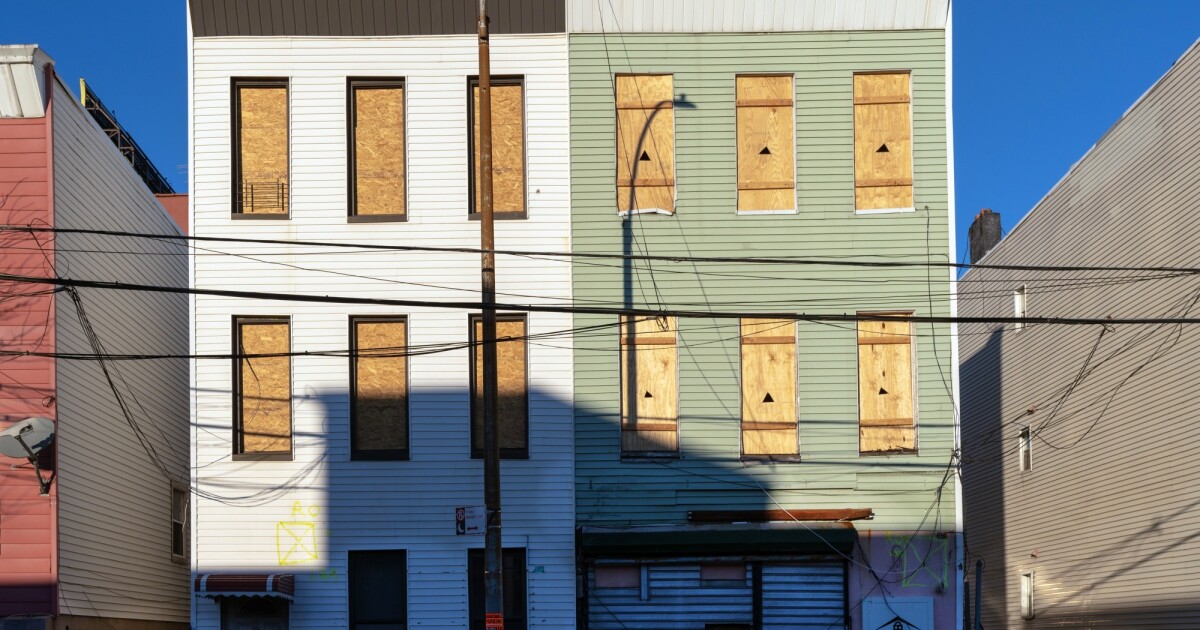 The Internal Revenue Service is going to have a hard time ensuring compliance with the rules for opportunity zones, since much of the data is unavailable, according to a new report, even as a key deadline for the program is ending in December.

The report, released Monday by the Government Accountability Office, found the IRS has developed plans to ensure qualified opportunity funds, which invest in opportunity zones, and investors are complying with the tax incentive’s requirements. However, the IRS faces challenges in implementing these plans. The plans depend on data that’s not readily available for analysis. In addition, qualified opportunity funds have attracted investments from high-wealth individuals, and some of the funds are organized as partnerships with hundreds of investors. The IRS considers both of the groups to be high risk for tax noncompliance generally. However, the IRS hasn’t researched the potential compliance risks posed by these groups to earn the tax incentive. As a result, the IRS may be unable to focus its tax compliance efforts effectively.

Opportunity zones were created by the Tax Cuts and Jobs Act of 2017 as a way to encourage the development of projects in economically distressed communities, while providing tax incentives to investors. The program attracted criticism early on for mostly steering money toward projects in areas that were already gentrifying and attracting real estate investment, and some states were criticized for redrawing census tracts to allow such areas to qualify for opportunity zone tax breaks. The report is being issued as a key deadline of Dec. 31 is drawing near for many opportunity zone investors.

“The QOZ legislation has some primary benefits,” said Nick Parrish, a partner and managing director of Cresset Partners, who specializes in building opportunity zone funds. “One is tax deferral, so if you invest in a new QOZ, you get to defer payment on your capital gains tax until the year 2027. That’s component one. Component two is on that deferred tax liability that is due in 2027, if you invest before certain periods of time, you get a slight reduction on that tax. So when you pay it in 2027, you get this step up in basis. It used to be 15%. Today it’s 10%. That 10% goes away on Dec. 31, 2021. Effectively what it means is you still get the deferral, you still get the primary benefit of a QOZ, which is the ability to invest for 10 years or more on a tax-free basis, but that step up goes away. If you run the models and you look at an investment, it’s probably the smallest component of the overall program. It’s not a massive benefit, that 10% reduction, but it’s a benefit nonetheless, so we’re seeing a lot who might have capital gains that could have drifted into next year, who are pulling those forward trying to get those invested before December so that they can benefit from that incremental 10%.”

Some investors have been worried about Congress raising capital gains tax rates as proposed by the Biden administration in its Build Back Better plan, although it’s looking unlikely right now that provision will end up in the final reconciliation bill.

“There’s still strong interest in it, and I think taking into account the political environment and what’s been going on in Washington over the past six months, with the negotiations over potential future tax changes, it’s made people think about the program, in terms of should I invest now,” said Jessica Millett, a partner and head of the tax practice group at the real estate-focused law firm Duval & Stachenfeld. “Is it going to be a better investment if tax rates go up? We have a big deadline coming up at the end of the year. One portion of the tax incentives goes away at the end of 2021, so that’s causing a little bit of churn as well trying to get people to take advantage of that and get their investments made before the end of the year.”

She sees the deadline as an important one, although it doesn’t represent the entire benefit. “The end of year deadline is relevant to the investors, regardless of whether the ultimate investment is made in a real estate project or an operating business, the deadline is the same,” said Millett. “There are basically three main tax incentives that investors can get by investing into a qualified opportunity fund. The way that it works is that in order to make an investment and be eligible for the tax incentive, investors need to have an eligible capital gain, meaning a capital gain that was triggered within 180 days. For example if you were to go out and sell Google stock, and you trigger a capital gain by selling that stock, you have a 180-day period to reinvest that gain into a qualified opportunity fund. The first tax benefit is deferral on that gain in the year it’s triggered. Instead, you get to defer it until the end of 2026. The second tax benefit is the one that’s dropping away at the end of the year. If an investor invests into a qualified opportunity fund by Dec. 31 of 2021, the end of this year, when the deferral period ends at the end of 2026, investors essentially get a complete 10% elimination from their deferred gain. So, if a $100 capital gain was invested into a qualified opportunity fund by the end of this year, that particular investor would only have to pay tax on $90 of capital gain at the end of 2026, so you’d take a complete 10% exemption from the amount of the originally deferred gain. The last tax benefit, which most people care about, is the 10-year rule. The 10-year rule says that if you have invested in a qualified opportunity fund and you remain invested in that fund for a full 10 years, then when the fund sells the new development project, whether it’s the real estate development or the business, after 10 years, then there’s no tax due on a gain from selling that new opportunity zone project. So, even after Dec. 31 of this year you still have the deferral until the end of 2026 –that’s still in place — and you still have the 10-year rule, which is the big benefit, but you lose the 10% exemption after Dec. 31 of this year.”

Earlier fears about the capital gains taxes going up under the Biden administration’s earlier proposals have also been fueling interest in opportunity zones.

“We’re seeing people who are pushing up the sales of business or real estate to earlier in the year or this year to try and get ahead of that,” said Parrish. “We’re seeing people reposition some portfolios and take out gains in advance, hoping to beat any tax increase. I think it’s changing demand, and that drives people to opportunity zones. Opportunity zones by their nature are a tax efficient investment strategy. The value of any tax efficient investment strategy is more valuable when taxes go up. Ultimately if you can defer, deflect or eliminate taxes under a higher tax regime, programs like the QOZ and any other tax efficient or tax deferral vehicle increase in popularity. We’re seeing that come from investors, and we are seeing a fair amount of that come from CPAs and tax planning firms who are working with investors to help them think about whether now is the right time to sell your business, and what are some things you can do preemptively to help protect yourself against some of what seem to be some of the core principles in this tax legislation. As a result it’s driving a lot of activity. In addition, there are some components of the QOZ program that are more attractive this year than next year.”

The IRS may have a hard time keeping track of all that activity, according to the GAO report. The IRS is collecting data related to the tax incentive from four forms, including two forms — Forms 8996 and 8997 — that were created specifically for the opportunity zones tax incentive. However, because there’s unclear statutory authority over the program, there’s insufficient data available to evaluate the incentive’s performance.

“IRS generally collects data explicitly for tax administration and compliance purposes, and some of these data, such as investment amounts, can be used to evaluate outcomes,” said the report. “However, only limited reporting on performance is possible. Also, additional data collection and reporting on the incentive are necessary to evaluate outcomes. In October 2020, we asked Congress to consider requiring more reporting for the incentive, and specified that Treasury is best suited to collect that information. As of September 2021, no legislation has been introduced in the current Congress to address these issues.”

The IRS responded to the report by pointing out that it has implemented an extensive outreach and education program to mitigate the risk of noncompliance with the opportunity zone requirements. However, the agency agreed that there are some parts of the 2017 legislation that present challenges to qualified opportunity zones, investors and the IRS. “Although we agree there is some Opportunity Zone data that is not readily available in downstream compliance systems, we do not believe this is the primary issue implementation of our compliance plan,” wrote Douglas O’Donnell, deputy commissioner for services and enforcement at the IRS. “As previously noted to GAO, gaps in legislatively required reporting, such as optional reporting of investment dispositions, created significant challenges in our ability to regulate compliance.”

He noted that last October, the IRS asked Congress to consider more reporting on opportunity zones, but no legislation has yet addressed the issues.

The COVID-19 pandemic has made that even more difficult as it severely curtailed IRS operations last year, and the agency still hasn’t fully recovered and caught up with all the returns and correspondence it needed to process.