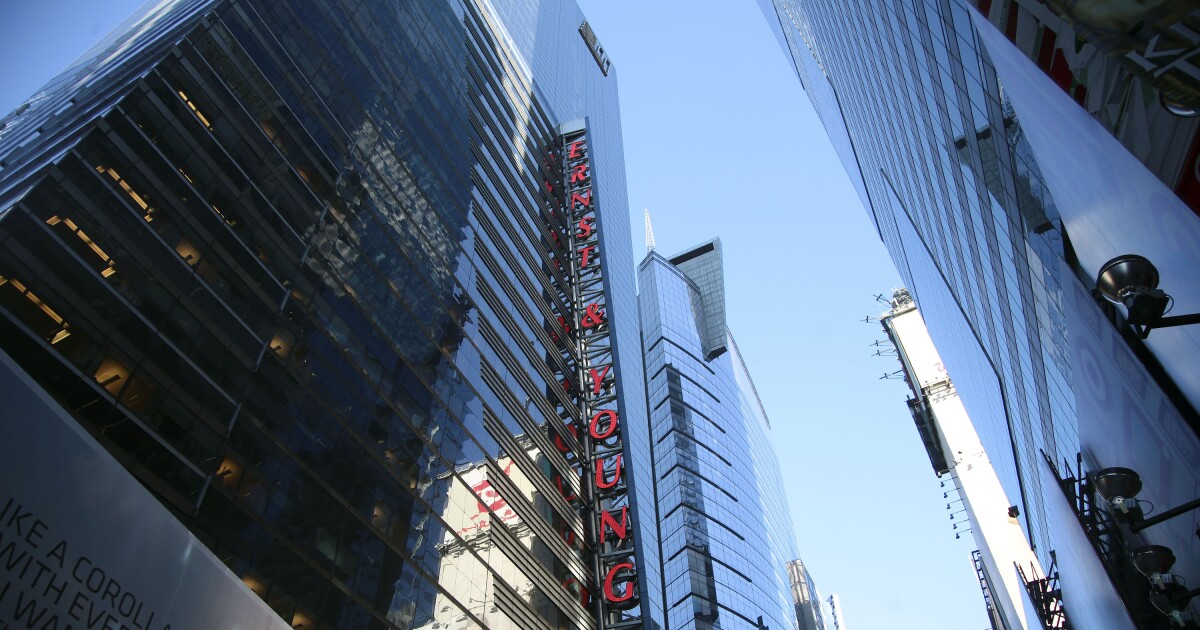 In the report, EY pointed to the improvement in inspection results last year from the Public Company Accounting Oversight Board. The PCAOB released its 2020 inspection results on Monday for EY, as well as the other Big Four firms — PwC, Deloitte and KPMG — as well as BDO USA and Grant Thornton, and most of the other firms had also fared better last year than in 2019 (see story). In EY’s case, the PCAOB found that eight of the 52 audits (15%) reviewed in 2020 had deficiencies serious enough to spotlight in Part 1.A of the report. Those deficiencies mainly related to EY’s testing of controls over and/or substantive testing of revenue and related accounts and inventory, but that was an improvement over the 11 out of 60 audits (18%) that were significant enough to include in the 2019 report and 14 of 54 issuer audits (26%) in 2018.

“The independent auditor’s role in promoting trust and confidence in the capital markets is critical, and our 2021 report highlights our commitment to audit quality,” said Kelly Grier, EY US chair and managing partner and Americas managing partner, in a statement Tuesday. “I am so proud of how we’ve continued to focus on the fundamentals — performing high-quality audits with integrity, independence and professional skepticism — while using technology to innovate how we audit and meeting new challenges such as reimagining where we’ll work and how we will maintain our culture of belonging.”

EY is also trying to make its audit teams more diverse. The firm said that 56% of the audit partners and managing directors it promoted recently were women and racially and ethnically diverse individuals. This year, EY US debuted the EY Career Path Accelerator, a program that aims to eliminate some of the obstacles to entry and increase diversity in the accounting profession. The program aids students with starting their careers by entering the accounting profession up to one year earlier and tries to offer a more accessible, affordable path to a CPA license.

Over the past year, EY US has invested a total of $4 million to four historically black colleges and universities, including Hampton University, Howard University, Morehouse College and Spelman College. The firm also expanded its anti-racism efforts, introducing the EY Social Justice Fund and becoming an inaugural donor of the Ascend Impact Fund, whose goal is to raise awareness about anti-Asian racism.

In the current audit cycle, 95% of EY audit teams on U.S. public company audits are fully implementing the firm’s digital audit methodology, analyzing data about a full population of a company’s transactions to improve their risk assessments during the audit and inform their choices about which items to test.

EY audit teams working on audits of U.S. public companies are also expanding their use of data analytics by using a set of EY Helix data analyzers to gain a better understanding of the companies they audit, pick out anomalies and gather audit evidence. For EY’s audits of 2020 financial statements, the firm delivered nearly 7,000 data analyzers. Teams on U.S. audits are also employing sector-specific EY Helix data analyzers to evaluate transactions and metrics that are specific to the industry in which the audited company operates. To support the transition to this technology, the staff completed over 190,000 hours of training on performing a digital audit this year.

The firm has also been pursuing a multidisciplinary strategy so it can include on its audit teams EY professionals who normally focus on tax matters, technology, valuation matters and, in some audits, forensic accounting. In fiscal 2021, EY US specialists accounted for 18.8% of total U.S. public company audit hours.

Wait until age 70 to claim Social Security: ‘The return on being patient is huge,’ says economist
U.S. credit card debt jumps 18.5% and hits a record $930.6 billion
What happens if the Supreme Court strikes down student loan forgiveness? Here are 3 predictions
Roughly 70% of taxpayers are eligible for IRS Free File, but only 2% used it in 2022
Trump used records requests to hinder release of returns