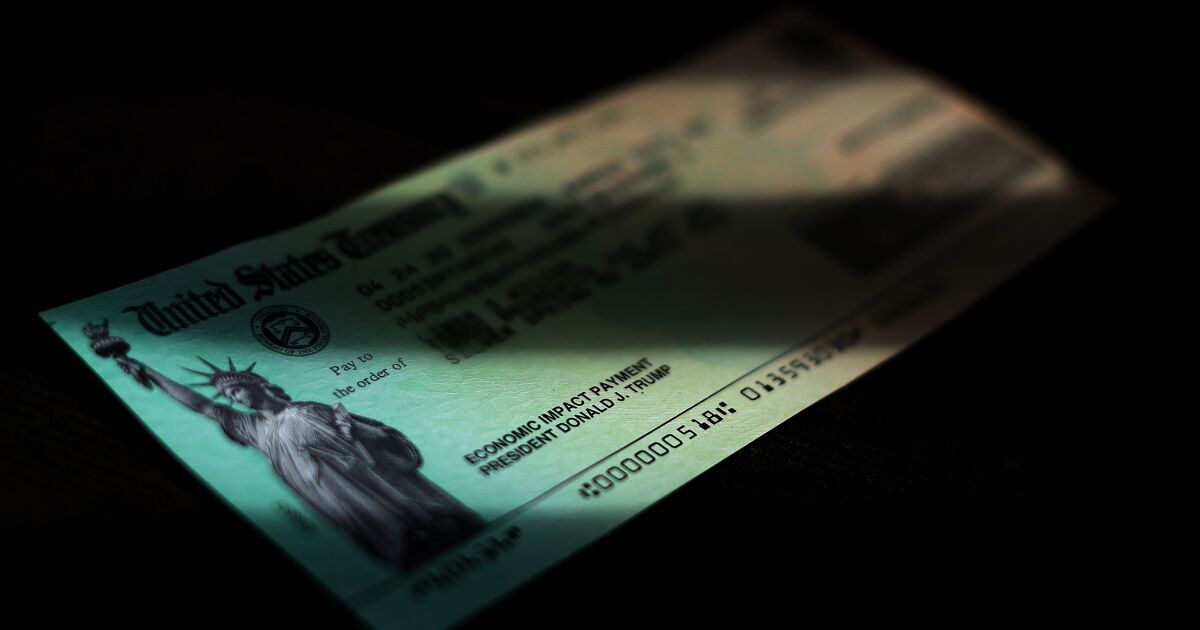 The Internal Revenue Service’s Taxpayer Advocate Service helped thousands of taxpayers last year with economic impact payments under the CARES Act, but it took months to start addressing them, often with the wrong cases.

A new report, released Monday by the Treasury Inspector General for Tax Administration, found that soon after the IRS began issuing economic impact payments in response to the CARES Act, which Congress passed in March 2020, the Taxpayer Advocate Service started receiving reports of issues with the stimulus payments, but didn’t start accepting cases until August.

Problems with the stimulus payments were a source of much anxiety for many taxpayers, especially in the early months of the pandemic, when mass layoffs left many people scrambling for money and desperate to receive the payments. The initial payments provided $1,200 per individual and $2,400 for couples filing a joint tax return, plus $500 for each qualifying dependent. Congress later passed two additional rounds of economic impact payments.

“While the distribution of the EIPs was mostly successful, EIP-related problems became apparent early in the process,” said the report. “However, the IRS initially lacked the capabilities to resolve EIP-related problems. As the IRS began implementing processes to fix EIP issues, TAS started accepting certain EIP cases in August 2020. TAS records indicate that it received over 6,000 cases it coded as CARES Act–related and that over 5,000 of these taxpayers were provided assistance or relief for their issue(s) through the TAS program.”

But while the Taxpayer Advocate Service developed some criteria specifying the types of issues it would accept, TIGTA’s review of a statistical sample of TAS cases indicated that 18% of the cases accepted did not meet TAS’s own criteria. “In these instances, TAS’s ability to resolve taxpayer problems was limited, and its resources might have been better spent assisting taxpayers whose issues met its criteria,” said the report.

National Taxpayer Advocate Erin Collins, who leads the Taxpayer Advocate Service, defended the group, which had to deal with a slew of new COVID-19 aid programs that were administered and regulated by the IRS. “During a major upheaval in their work and personal lives, our employees continue to work every day to advocate for taxpayers even as new tax provisions were added and employees were struggling to keep up with changing rules and guidance,” she wrote in response to the report. “Second, in a time when taxpayers needed more help than ever, TAS employees worked hard to assist taxpayers with issues and provide answers to questions, even where we could not assist. If, as a result, TAS helped taxpayers who did not technically meet our criteria, as the safety net for taxpayers we would rather [err] on providing assistance over and above our criteria than turn away taxpayers who need our assistance.”The report also found that the Taxpayer Advocate Service couldn’t accurately identify the number of CARES Act cases it received, even though TAS employees were asked to use specific codes to identify the cases involving these issues. For the report, TIGTA reviewed 575 cases that didn’t include a CARES Act designation code and found that 225 of the cases involved CARES Act issues but weren’t coded that way in the Taxpayer Advocate Management Information System. TIGTA also looked at a statistical sample of 110 cases designated as CARES Act–related and found that five of the cases were coded as having CARES Act issues when they actually did not. TAS management agreed with TIGTA’s findings and said it has corrected the miscoded cases.

TIGTA recommended that the National Taxpayer Advocate should reinforce the existing guidance to ensure TAS employees are adhering to guidance concerning contacts who don’t meet TAS’s criteria and consider setting up an issue code to identify cases involving stimulus-type payments. TAS officials agreed with TIGTA’s recommendations and plans to remind all its employees to use the most current guidance when they’re trying to determine whether to accept a case. They will create undesignated issue codes to track any future stimulus payments or other emerging issues.

On the move: PKF Texas names next chief growth officer
Barcode Scanners for Your Business
What’s Passive Income? It’s Not What Influencers Say It Is.
Op-ed: Salesforce appoints ValueAct’s Morfit to its board and a proxy fight may loom ahead
U.S. unemployment system still plagued by delays 3 years after pandemic-era downturn