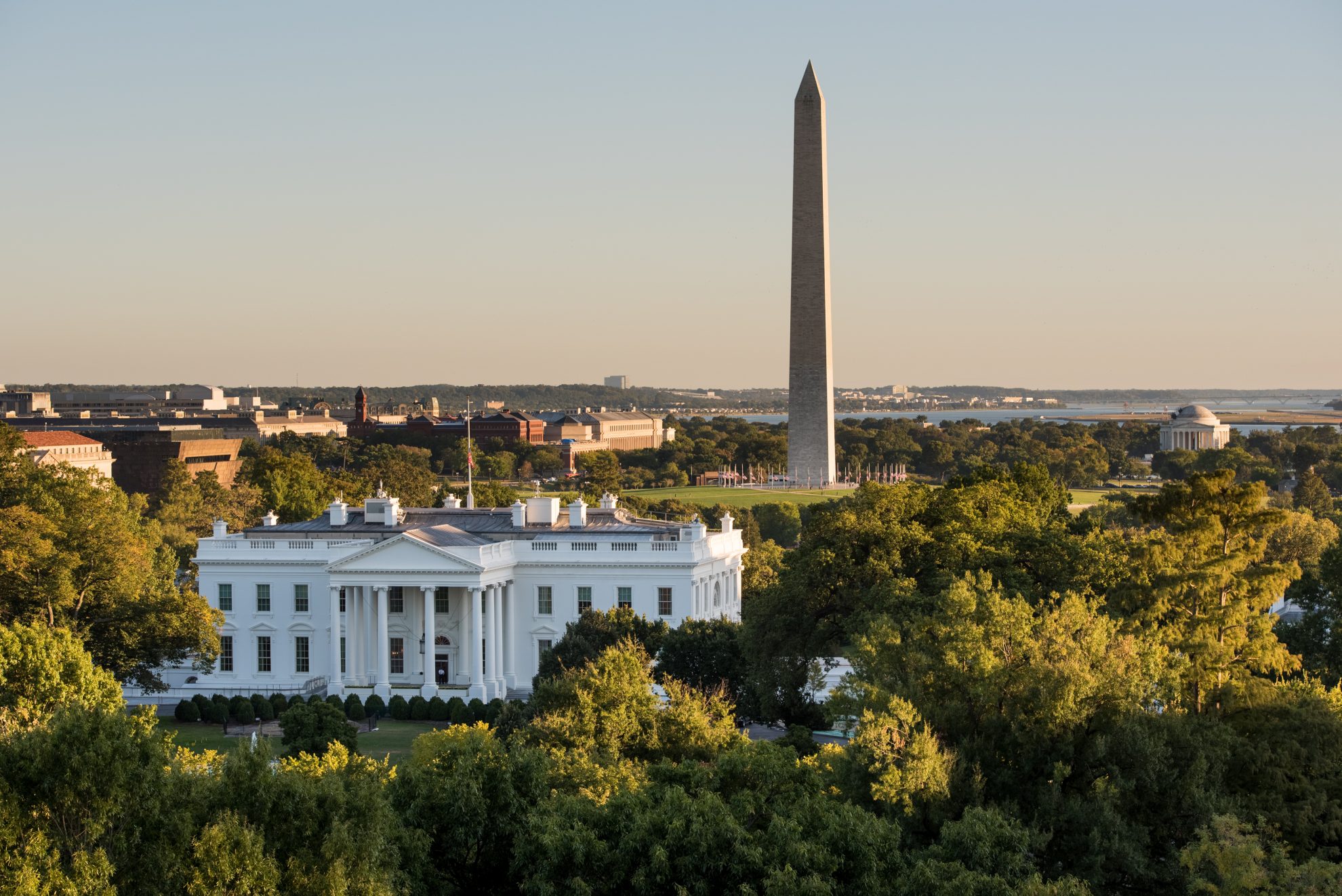 President Biden and congressional Democrats have justified their plan to raise taxes on the rich to fund much of their $3.5 trillion spending by claiming that the tax code is not progressive enough. Yet a recent Joint Committee on Taxation (JCT) analysis of the House Ways and Means tax plan undermines that thesis by showing that high-income taxpayers already bear a disproportionate share of the federal tax burden and that the tax proposal would simply make that burden more disproportionate.

One has to wonder how stable or sustainable the Democrats’ spending program can be if it must rely so heavily on the taxes paid by such a small number of taxpayers as in the top 1 percent.

The accompanying chart shows how much of the current federal tax system is borne by high-income taxpayers and how little is paid by taxpayers earning under $100,000. In 2023, JCT estimates that under current law, taxpayers earning under $100,000 (totaling 124 million) will collectively pay 17.2 percent of all federal taxes, including, income taxes, payroll taxes, corporate taxes, and excise taxes. This amounts to $655 billion out of the more than $3.8 trillion in expected total federal revenues that year under current law.

By contrast, according to the IRS, there are roughly 500,000 taxpayers with incomes above $1 million. JCT estimates that these taxpayers will pay nearly 24 percent of all federal taxes in 2023, amounting to $908 billion. In other words, the relatively small number of taxpayers with incomes above $1 million will pay a substantially greater share of all federal taxes than some 124 million of their neighbors combined. 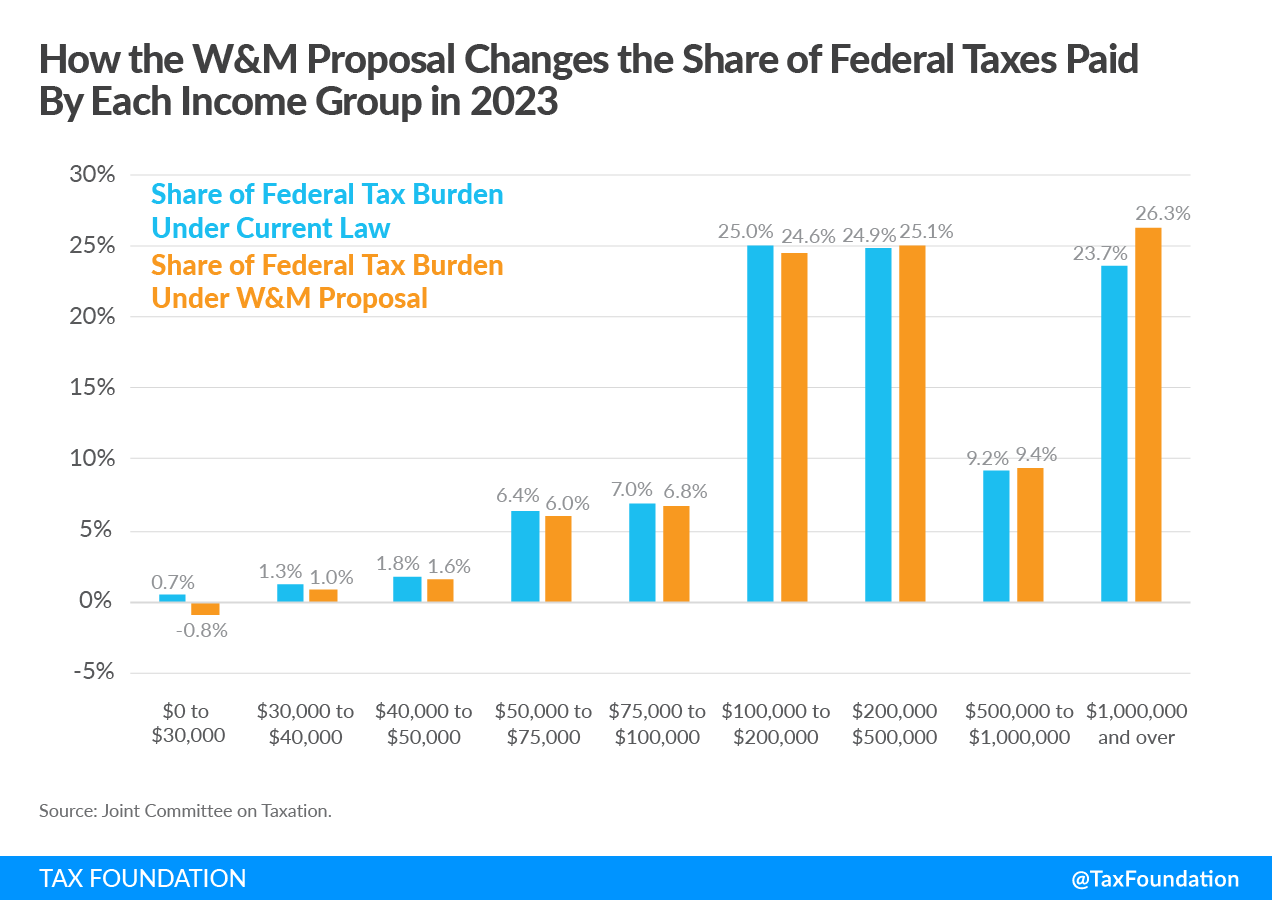 But the House Ways and Means tax plan would make this system even more progressive. Because of the plan’s massive expansion of tax programs such as the Child Tax Credit (the original terms reported to be cut back by the Democrats) and Earned Income Tax Credit, the share of federal taxes paid by those earning under $100,000 would fall to 14.6 percent, or $555 billion out of the $3.8 trillion in total federal revenue that JCT estimates will be collected in 2023.

Could San Antonio Fund the Rest of America’s Benefits?

That 1 percent of taxpayers is equal to a population the size of San Antonio. Asking such a small group of Americans to fund a major expansion of federal programs that benefit the rest of the country seems unfair at best and fiscally irresponsible at worst.

The plan’s advocates may respond that JCT’s 2023 estimates are just the first year of a 10-year tax plan and a number of the plan’s policies, such as the Child Tax Credit, are set to sunset after 2025, which will revert the relative tax burdens to the current level of progressivity.

However, we have seen this situation before, during the so-called Fiscal Cliff episode at the end of 2012, when all of the Bush tax cuts of 2001 and 2002 were set to expire. President Obama and leaders in Congress agreed on a deal that made permanent many of the tax cuts in place for the middle class but raised the top marginal tax rate back to 39.6 percent and limited itemized deductions and personal exemptions for high-income taxpayers. Based on this history, JCT’s estimate for 2023 is likely a much more realistic picture of the future balance of federal tax burdens than its estimate for 2031.

And those numbers are unsustainable.