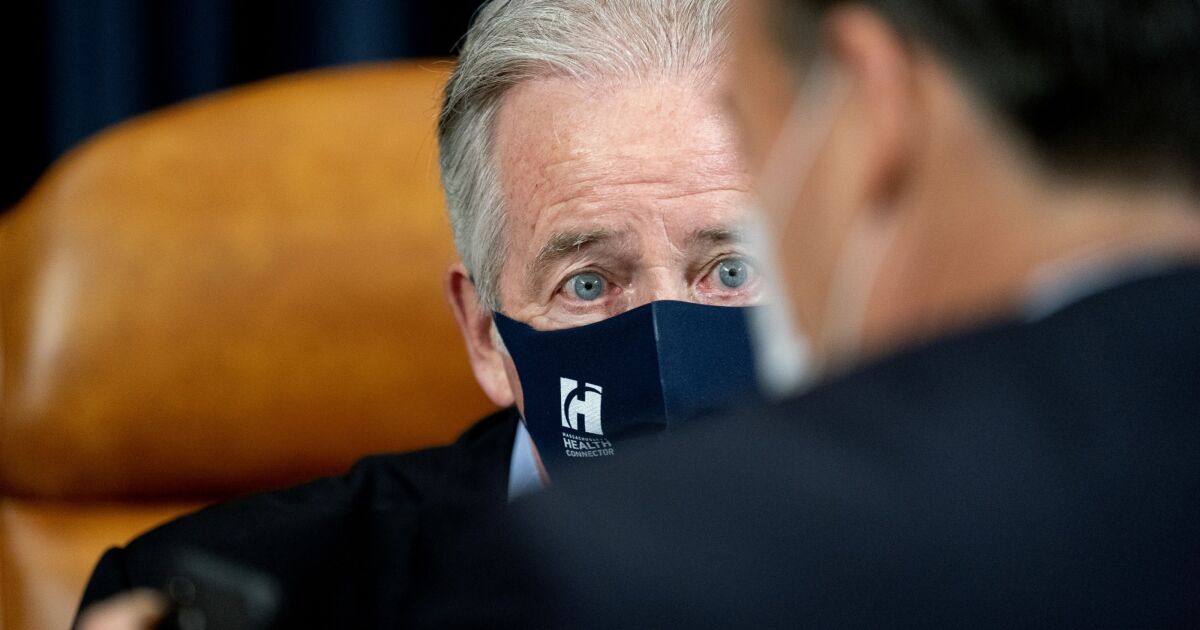 The scaled-back spending package Democrats are wrangling over in Washington could still include a measure to expand or temporarily remove the cap on the federal deduction on state and local taxes.

House Ways and Means Committee Chair Richard Neal said addressing the $10,000 limit imposed by Republicans in their 2017 tax overhaul is still on the table. “Yes, it has to be,” Neal said when asked about it Wednesday.

New York Representative Hakeem Jeffries, a member of Democratic leadership, said Wednesday that SALT advocates will likely be able to get some changes to the tax beak in the final bill.

“The strong consensus amongst the overwhelming majority of the members of the New York and New Jersey delegation is that some relief in terms of SALT should be part of this legislation,” he said.

Democrats are still talking about how to go about increasing or repealing the limit on the write-off, a politically important tax break that benefits many suburban homeowners in high-tax areas. House lawmakers are divided on it as Democrats face pressure to cut the overall cost of the package.

Key Democratic advocates, including Representatives Tom Suozzi of New York and Mike Thompson of California, say they prefer a complete repeal of the cap, a move that would allow taxpayers to deduct all their state and local levies from their federal tax bill.

Representative Bill Pascrell of New Jersey said he’s “more concerned about how long it lasts” and would favor a higher cap if it meant that the larger tax break was in place for more years.

Democrats had previously discussed a two-year repeal, something that would cost roughly $180 billion. But negotiators are now looking to cut the top-line spending total of the overall bill to the $2 trillion range, down from an original $3.5 trillion, to win support from moderate Democrats whose votes are vital to the legislation’s passage.

The scaling-down of the bill means it’s unlikely that $180 billion will be able to be allocated to SALT, according to a person familiar with the plan. That would require lawmakers to cut full repeal down to only one year, or find a compromise that increases the cap for a longer time period.

Thompson, who met with President Joe Biden at the White House Tuesday, said he raised the issue during the meeting and discussed several options, though Biden didn’t give any preference. He also noted that both House Speaker Nancy Pelosi of California and Senate Majority Leader Chuck Schumer of New York come from areas that would benefit from a SALT cap expansion and that they are “important allies to have” during the discussions.

The state and local tax deduction was capped at $10,000 in the 2017 Republican tax overhaul to offset the cost of some of the cuts in levies in that package. Democrats say that move targeted taxpayers in high-tax states and have been seeking to roll back the cap since then. Republicans have criticized the move, saying that the SALT deduction largely benefits high-earners.

The discussions mirror larger conversations happening among Democrats about how to trim the cost of dozens of climate, childcare and health provisions in the so-called reconciliation bill. Democrats will likely need to curb spending on nearly every policy area, either by eliminating priorities entirely or finding ways to reduce the cost through income limits or reducing the time period the benefit is available.

— With assistance from Billy House