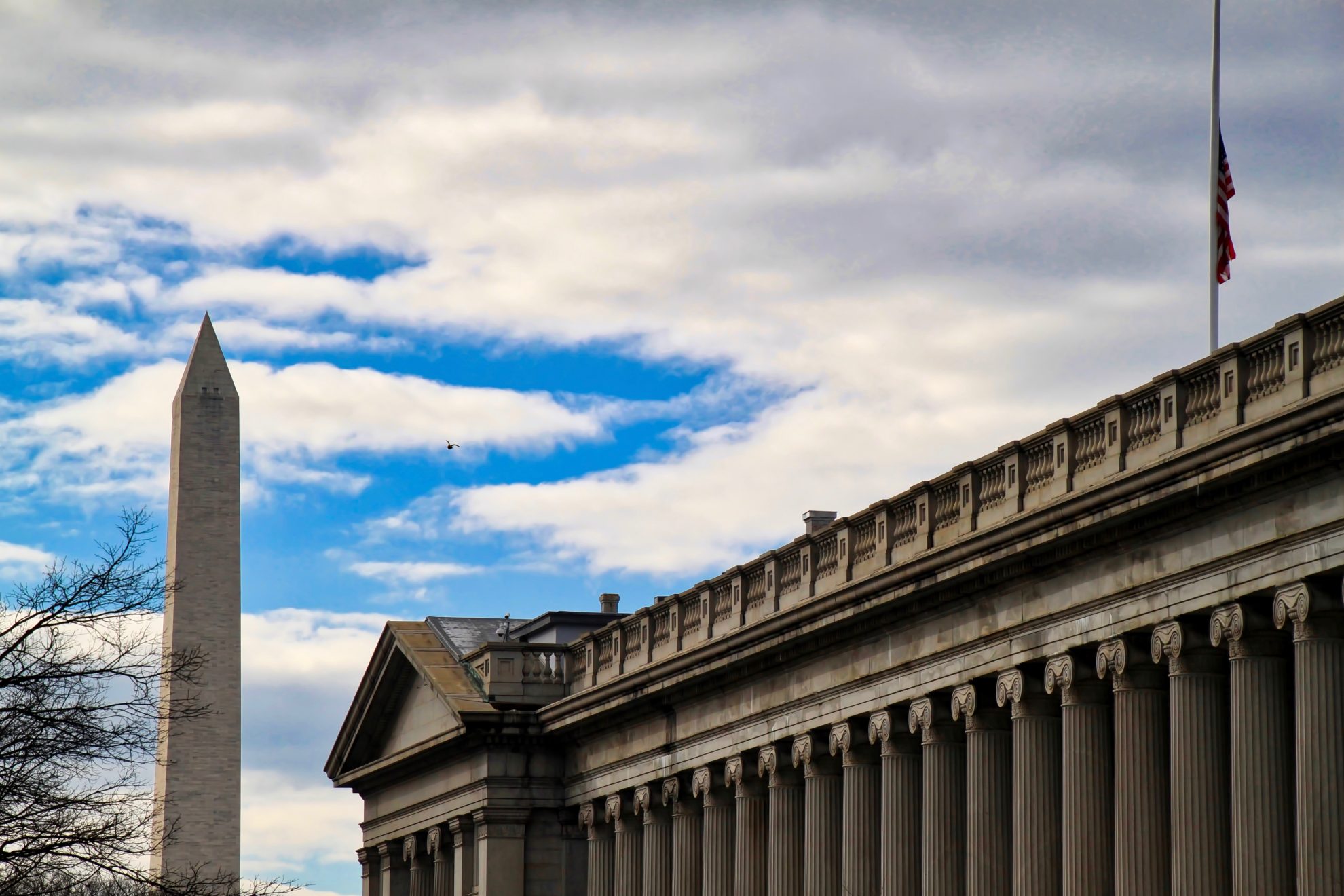 The Biden administration’s proposal to require financial institutions to report inflows and outflows of more than $600 from bank accounts has attracted significant attention. The Treasury Department believes it could generate $463 billion in revenue over 10 years by giving the IRS more insight into certain types of income that members of the public often underreport. However, the provision could be better targeted at those income sources and raises privacy concerns.

The proposal would require financial institutions to send a report to the Internal Revenue Service (IRS) of gross inflows and outflows for each bank account. Reports would not look at specific transactions but would be broken down into categories including physical cash, transactions with foreign accounts, and transfers to and from another account with the same owner. The requirement would apply to all accounts with at least $600 in gross inflows or outflows, or with $600 in fair market value. As negotiations over details of the reconciliation package have continued, Democrats are expected to shift that threshold to $10,000.

The idea is that the new information will reduce the tax gap—the difference between the amount of revenue the government is owed and the amount it collects. Typically, when evaluating ways to reduce the tax gap, we weigh the increase in the IRS’s budget plus any additional compliance costs for law-abiding taxpayers and institutions against the revenue generated. But expanding the IRS’s access to this information raises privacy concerns, particularly considering recent leaks of personal information from the IRS. That creates an additional cost to the new proposal that is difficult to quantify.

It’s also difficult to determine whether the IRS could efficiently utilize this information to catch certain kinds of income with high rates of noncompliance. For example, wage income is subject to income tax withholding, and has a tax gap of only 1 percent. Meanwhile, other types of income, such as proprietorship income, farm income, and rents and royalties, are subject to little oversight from third-party sources and have a tax gap of up to 55 percent. Advocates argue requiring financial institutions to report inflow and outflow data would help the IRS catch underreporting of such income, but it’s not clear how quickly, or how well, the IRS could utilize the data. 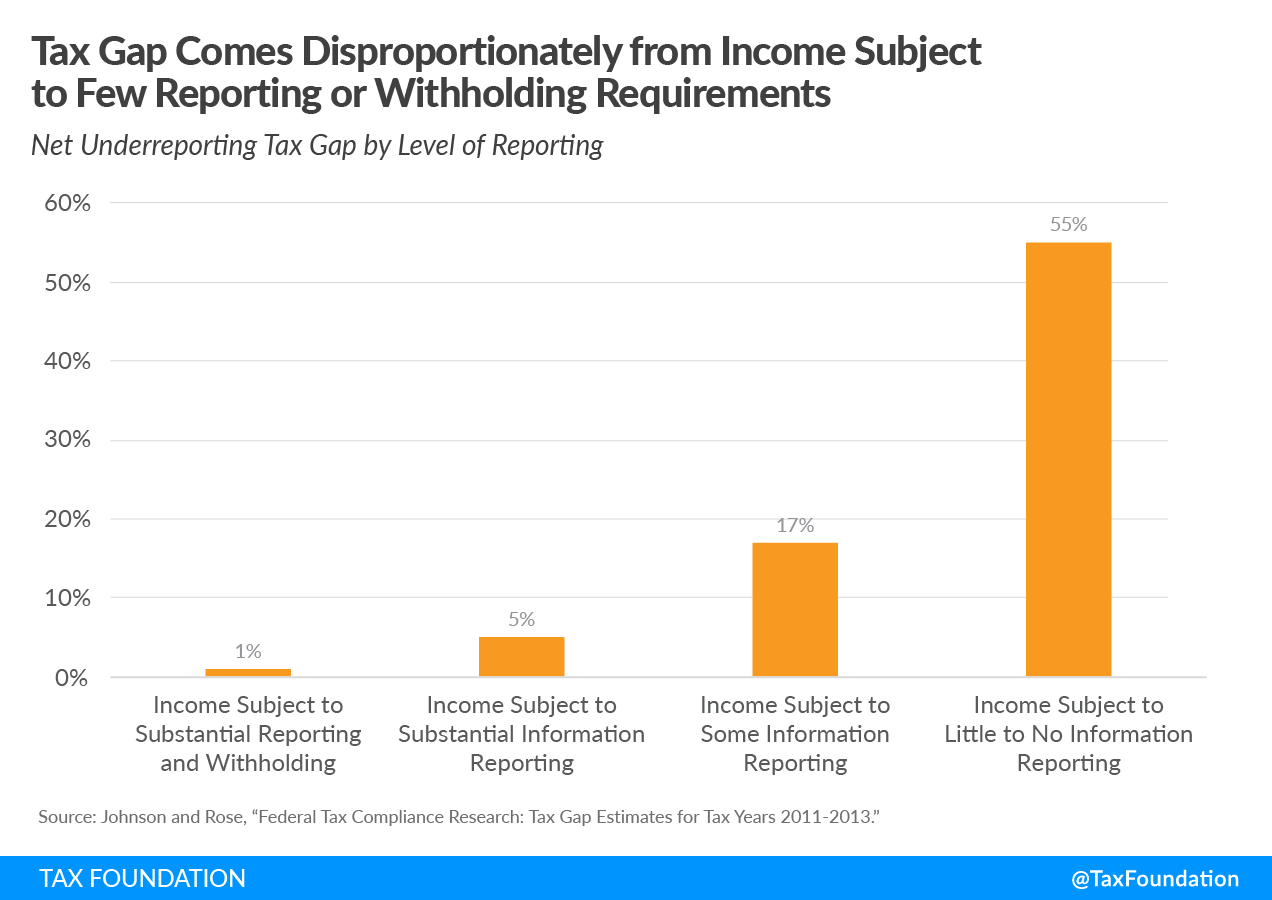 The Treasury Department estimates that the policy would raise $463 billion over the next decade. To arrive at that amount, it starts with an estimate of the current tax gap for business income including Schedule C proprietorship income, Schedule E rent and pass-through income, and small corporation income, as well as the portion of the employment tax gap attributable to businesses. Given the new reporting requirements, they reduce the tax gap estimate to account for an estimated increase in voluntary compliance. Next, Treasury made two additional two assumptions. First, a reduction in the steady state of the tax gap thanks to taxpayers being aware of the IRS having access to the information, and second, an additional gradual increase in voluntary compliance over time.

The specifics of Treasury’s assumptions are difficult to ascertain, and as such, it’s tough to evaluate the validity of its revenue estimate. But nonpartisan experts such as Steve Rosenthal of the Tax Policy Center have critiqued the proposal as poorly targeted. Rosenthal notes that subjecting all bank accounts to new reporting requirements in order to catch underreporting of specific kinds of income doesn’t make a lot of sense, given that most income in the U.S. is earned through wages and investments. Wages are subject to withholding and substantial reporting requirements, while investments are subject to substantial reporting requirements—meaning neither are major drivers of the current tax gap.

Rosenthal instead suggested a proposal (originally suggested by former IRS Commissioner Charles Rossotti) to require individuals earning at least $25,000 in business income and pass-through businesses with at least $25,000 in receipts to designate separate bank accounts for their business activities. Banks would then provide taxpayers and the IRS statements at the end of the year, after which taxpayers would reconcile the report of deposits and withdrawals with their tax return. This approach would be less broadly intrusive, and better focused on where high rates of noncompliance are.

Reducing the tax gap is a good idea, but the reporting requirements for financial institutions could be better-targeted at the problem at hand.

After the UK Super-Deduction: Assessing Proposals for the Reform of Capital Allowances
3 Ways the Inflation Reduction Act Could Impact Your Taxes
Security weaknesses at IRS facilities go unaddressed
Some millennials and Gen Zers are closing investing accounts over inflation. Here’s why that may lead to regrets
Almost 700 unauthorized users in IRS communications platform: TIGTA