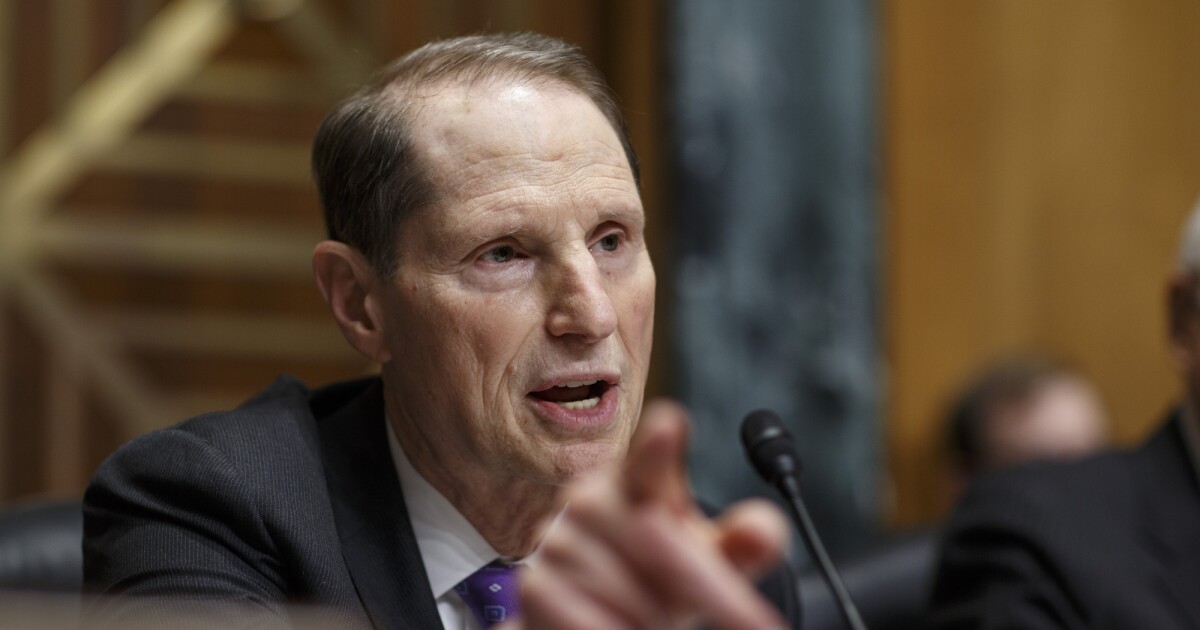 Democrats are vowing to crack down on tax cheats by giving banks new requirements to disclose to the IRS accounts that have total annual inflows or withdrawals of at least $10,000.

The plan would help fund President Joe Biden’s multitrillion-dollar economic agenda, potentially raising $700 billion and reducing the need for tax increases to offset the cost of new social spending. Democrats say this plan to catch tax evasion by the wealthy and boost federal revenues is critical to address inequalities in a tax system that forces middle-income people to pay all they owe, while high-earners can shield their income from the IRS.

“This is very clear this is about wealthy business owners at the tippy top of the top,” Senate Finance Chair Ron Wyden told reporters on a conference call Tuesday. “If you don’t have $10,000 above your paycheck, Social Security income or the like coming in or going out, there’s no additional reporting,”

The Oregon Democrat said that the plan has carve-outs for when an individual spends a significant amount for a major purchase and does not create any new surveillance for digital currency.

Lawmakers are rejiggering the proposal after a wave of criticism by Republicans and bank lobbyists. The $10,000 threshold replaces the $600 proposed by the Biden administration. It would exclude wage deposits and payments under federal programs — so that only accounts with “opaque” income streams would be reported to the government, according to a fact sheet from the Treasury Department released Tuesday.

Democrats say there is precedent for requiring banks to report account information to the federal government. The Treasury is proposing two new data points — the sum of all the deposits and the total value of withdrawals — to add to a tax form where banks already report interest amounts and other account data to the IRS.

“Today’s new proposal reflects the Administration’s strong belief that we should zero in on those at the top of the income scale who don’t pay the taxes they owe, while protecting American workers by setting the bank account threshold at $10,000 and providing an exemption for wage earners like teachers and firefighters,” Treasury Secretary Janet Yellen said in a statement Tuesday.

Increasing IRS enforcement to collect taxes that are already owed is an idea with widespread support among Democrats. Moderates, including Senator Joe Manchin of West Virginia and Representative Josh Gottheimer of New Jersey, have both backed giving the IRS more ability to go after tax cheaters. However, the bank account idea was ultimately left out of the House version of the legislation drafted last month.

It has faced strong criticism from Republicans. Senate Minority Leader Mitch McConnell said Tuesday it is tantamount of giving the IRS “new snooping powers” and treating “normal American households like everybody is under audit.”

The Treasury has said it would help them find high-income taxpayers who earn money from small businesses, rental properties and other ways that aren’t directly reported to the IRS. The IRS estimates that taxpayers pay 99% of their taxes owed when there is third-party reporting, like there is for wages and salaries. That figure drops to 45% when there isn’t such verification. The Treasury estimates that uncollected taxes could total as much as $7 trillion over the next decade.

“Third-party reporting would help the IRS zero in on tax cheats when the wealthy don’t honestly report their income,” Senator Elizabeth Warren, a Massachusetts Democrat, said on the call with reporters. “Banks and their wealthy clients are outright lying about this proposal claiming that it would give the IRS information on individual transactions.”

The Treasury said the information will only be used to target high-income taxpayers and that audit rates among those earning less than $400,000 a year won’t increase. Wealthy individuals, according to the fact sheet, have much more “discretion of whether they pay their taxes” because they are more likely to earn “less visible streams” of income that aren’t automatically reported to the IRS, as is the case for wages and Social Security recipients.

The Treasury estimates that tax compliance rates are far higher among low- and middle-income households compared with top-earning ones and that tax evasion by the top 1% of taxpayers exceeds $160 billion annually.

Senator Mike Crapo, the top Republican on the Senate Finance Committee, told reporters Tuesday there are better ways to address the tax gap — the shortfall between those taxes owed and those actually paid to the IRS — and improve compliance. He said that Congress could change the tax code to address deductions that are being abused, and that lawmakers should give the IRS more funding to improve computer systems and taxpayer services so that the agency can better help individuals properly pay what they owe.

Crapo said that it’s possible he could support the bank-reporting plan, but that the threshold would need to be significantly higher than $10,000. That figure would likely get into the millions so that small businesses wouldn’t be affected, he said.

64% of Americans are living paycheck to paycheck — here’s how to keep your budget in check
Silvergate Capital shares jump after BlackRock reports increased stake in the crypto bank
M&A roundup: Mergers from shore to shore
Keep Your Tech Safe and Clutter Free with an Electronics Travel Organizer
Roughly 70% of taxpayers are eligible for IRS Free File, but only 2% used it in 2022