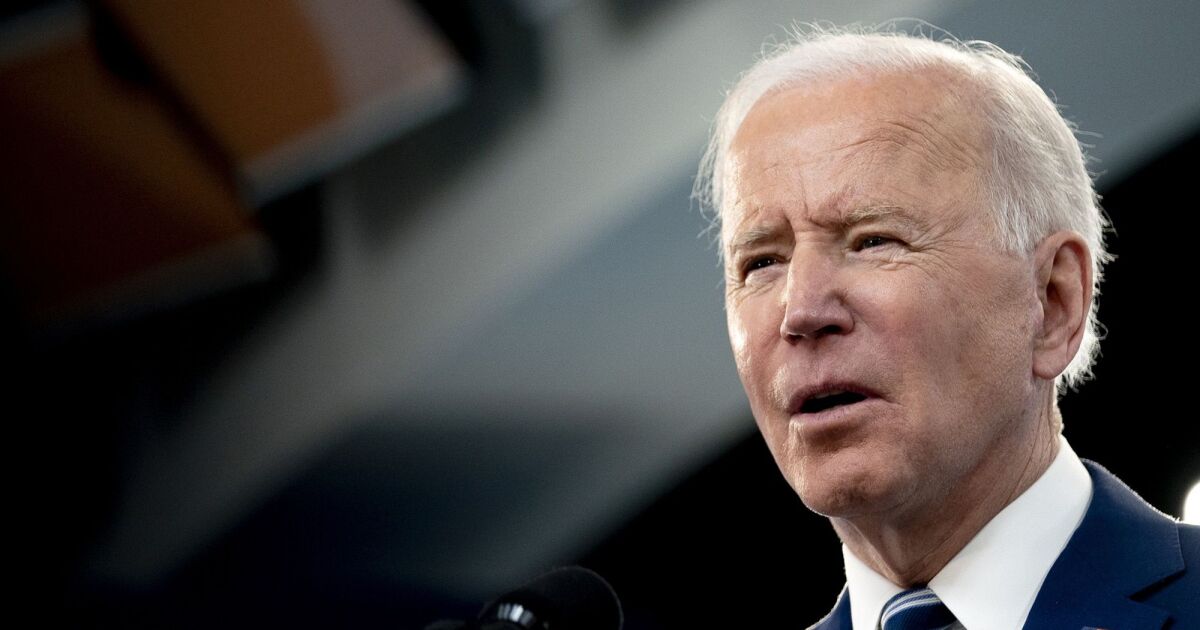 The White House is trying to broker a deal to scale back Joe Biden’s ambitious economic agenda, weighing liberal policy priorities against centrist concerns about inflation and tax hikes in a recalibration of strategy for the legislation.

The president, meanwhile, is seeking to drum up public support for the plan — and pressure its opponents — in trips to political battlegrounds.

Biden’s strategy to enact two packages — a roads-and-bridges focused infrastructure plan and a trimmed-back social-spending bill — is evolving after a tense week of negotiations that yielded ill will between liberal and centrist factions of the Democratic Party. After congressional leaders had to indefinitely postpone votes on the measures, one Democratic operative said he hadn’t seen such vitriol between members of his own party since Biden took office.

In meetings this week, the president has warned progressives — who have sought expansive new spending on education and social programs combined with tax hikes on the wealthy — that they will have to temper expectations for the final legislation.

But he has also dialed up pressure on Congress to pass both packages, casting them in a speech Tuesday in a Republican-leaning corner of Michigan as essential to keep the U.S. competitive with fast-rising adversaries and calling opponents “complicit in America’s decline.”

“The biggest hurdles to this passing are internal divisions within the party,” said James Manley, a Democratic strategist who worked in the Senate for 21 years. “The longer this thing hangs out there, the more time opponents of the bill — whether it is big business or Republicans — can ramp up the opposition.”

After focusing primarily on Democratic Senators Joe Manchin and Kyrsten Sinema last week — the two holdouts on the progressive legislation — Biden and the White House are courting a wider swath of Democratic lawmakers. He traveled Tuesday to the Michigan district of Representative Elissa Slotkin, who narrowly won her seat last year and has publicly complained that Democratic leaders unnecessarily tied together the two pieces of legislation.

Former President Donald Trump beat Biden in Slotkin’s district last year, and Biden’s motorcade route through the town of Howell was lined by large crowds of Trump supporters on Tuesday. Republicans consider Slotkin’s seat one of their best opportunities in the 2022 midterms.

“For the better part of the 20th century we led the world by a significant margin in investments in ourselves and our people in our country,” Biden said in a speech at a union training center. “We slowed up, we stopped investing in ourselves. America is still the largest economy in the world. We still have the most productive workers and the most innovative minds in the world. But we’re at risk of losing our edge as a nation.”

Many moderates like Slotkin regard the $550 billion bipartisan infrastructure bill as a crucial potential accomplishment for their 2022 campaign. They are less enamored of the multitrillion dollar social-spending legislation, which would fund universal preschool and community college, child and home care, offer federal paid family and medical leave, reduce health insurance premiums in Obamacare and expand tax credits for families with children.

Biden says the cost of the bill, which is still subject to negotiations, would be entirely offset with tax increases on corporations and high-income Americans. The focus on the legislation’s price tag in recent weeks has frustrated Democratic operatives and pollsters and White House officials alike.

Biden’s meetings with Sinema and Manchin established that the two lawmakers won’t sign onto a plan that costs anywhere near the $3.5 trillion over 10 years desired by progressives. That’s forced White House aides and congressional leaders to consider how they can winnow down the measure while keeping as much of its policy intact as possible.

One close Biden ally said that keeping most of the bill’s programs, but at lower funding levels, would be a safe choice because many Democratic lawmakers could still claim victory for achieving their pet projects.

But partial funding would make implementation of some programs, such as funding for home health care for the elderly, more complex. Biden told progressive lawmakers in a virtual meeting on Monday that eligibility for many programs in the bill may wind up restricted to lower-income people.

During another virtual meeting Tuesday with about a dozen politically vulnerable House Democrats, Biden insisted Democrats are in more agreement than they appear, according to a person familiar with the discussion. He didn’t say specifically how large the social-spending bill, called Build Back Better, would be, but that it would not be $3.5 trillion, the person said.

Biden reiterated his commitment to passing both the infrastructure and Build Back Better bills.

Representative Sharice Davids of Kansas said in a statement after Tuesday’s meeting that she underscored to Biden the need for Medicaid expansion in states like Kansas. Others, such as Representative Cindy Axne of Iowa, joined with Davids in emphasizing the Build Back Better legislation needs to deliver lower drug prices.

Axne also ticked off priorities such as investments to lower carbon emissions while supporting industries and farmers, and expanding Medicare to cover dental care, vision and hearing. Other lawmakers in the meeting included Lucy McBath of Georgia; Susan Wild of Pennsylvania; Katie Porter of California; Abigail Spanberger of Virginia; Lauren Underwood of Illinois; Lizzie Fletcher, Colin Allred and Vicente Gonzalez of Texas; and Tom O’Halleran of Arizona.

Earlier Tuesday, the National Republican Congressional Committee announced that Axne, O’Halleran and Gonzalez were among 17 House Democrats targeted in new ads tying them to Biden, Speaker Nancy Pelosi and the “the worst tax hike in decades.”

— With assistance from Jennifer Jacobs and Emily Wilkins